Fannie Fishman. Feisty and smart, she dressed in business suits and took calls from Vegas, helping calculate complicated payouts. Police grumbled to reporters about their inability to nab “the only woman bookmaker in the city.”

Coincidentally, she was related by marriage to SLM’s staff writer. Her father-in-law, Mal Cooperman, grew up the law-abiding sort, but as a kid in the 1940s he worked in the movie palace across from his great-aunt’s St. Charles Cigar Store and acted as her lookout. One day, he saw “a new ’tec” standing in the lobby by the theater’s St. Charles exit.

“Oh, we’re watching the bookie joint over there on the corner. That’s the infamous Fannie Fishman.” (By then she’d divorced Louis Fishman, who owned a string of racehorses at Fairmount.) “We’ve never been able to catch her.”

Mal tore across the lobby, went into his boss’s office, and called Aunt Fannie. “I’m across the street workin’ today,” he said.

“Oh, good. Come over for a little lunch,” she said.

“No, there’s a cop over here watching the joint, and he’s counting heads, waiting till a bunch of people are there.”

“Son of a bitch,” Fannie grumbled.

“There were double glass doors she kept locked,” Mal later told his daughter-in-law, “and she had to buzz people in. And she had a big board that she used with wet chalk, and when it went on, it was dark; you couldn’t see it. I used to tote the odds for her.”

That day in the lobby, Mal watched the detective stare and pace for 45 minutes before moseying up to him again. “How’s it going?”

“I don’t understand it,” the detective said. “All of a sudden, there’s nobody there. Nobody’s goin’ in, nobody’s comin’ out.”

She’d earned her singular reputation. In 1931, the St. Louis Post-Dispatch reported that police had raided 11 handbook shops and arrested “16 men and Miss Fannie Fishman.” It was her fifth arrest, but the charges never stuck. 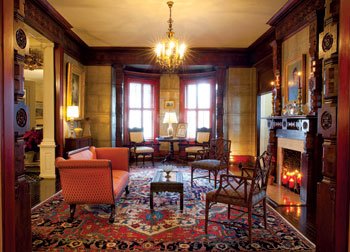 By September 1941, police had figured out the secret door in the basement that permitted getaways through the business next door. That time, they went straight downstairs and, after a scuffle, arrested Fannie. She wasn’t indicted, but she was fined $50 by a weary police judge who pointed out that she’d “been in here before.”

Between 1946 and 1948, she was arrested at least four times. Once, the police “were too late to prevent Miss Fishman from tearing up some papers and flushing the scraps down the toilet.” Another time, “Miss Fishman grabbed several boxes of betting tabs and rushed for the washroom, but officers intercepted her” and threw her in the paddy wagon.

Meanwhile, she’d been summoned to testify (as had Zeppo Marx) in a federal gambling case in Terre Haute. Fannie showed up “wearing a yellow hat and a full polka dot dress.” At her side was attorney Morris Shenker, who later became Jimmy Hoffa’s chief counsel.

When Fannie emerged from the courthouse, she declined to tell the crush of reporters what she’d told the grand jury, saying only that she was retired. “From what?” they asked, grinning. “You can say I’m a housewife,’” she tossed back.

The next winter, her cigar store was raided again, and police found two loaded revolvers and three sets of dice in cups. Why didn’t she just close, the police captain wailed.

“I have been here a long time,” she reportedly told him, “and if there is a change in things around here, I may be here and you may be gone.”

After hearing of this retort, a minister crusading against the evils of gambling exclaimed, “Is it possible that in a great city and a great state that one person can defy the law?” In November 1949, though, the Post headlined a triumph: “Policemen Outwit Woman Bookie, Seize Evidence.” Officers had plucked betting tabs from her hand before she could get rid of them. They asked when she was going to stop taking bets, and she announced that she was going to stop “now.”

A “For Rent” sign didn’t hang in the cigar shop window until 1952, when a new federal excise law went into effect. Fannie was not about to pay 10 percent of her gambling income to the government.

Her sister Mabel understood. Mabel Thorpe ran the Blackstone Hotel on Washington Avenue, where female impersonators (today, drag queens) provided entertainment. Defending her right to a liquor license, Mabel insisted that she conducted “a lovely place” and that “any city employee can tell you about me, for they’ve all been there.”

In 1964, gossip columnist Jerry Berger named 10 of St. Louis’ “Damon Runyon” characters, “those personalities who were in a class by themselves.” Fanny was second on the list of 10; Mabel was third. 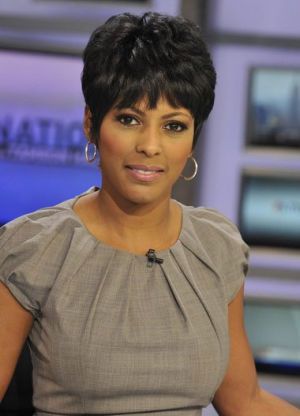