Basketball is one of the biggest sports in the world, largely thanks to how incredibly popular it is in the US. Over in the UK, it’s getting more and more popular with several matches being shown on live TV. It also happens to be a great sport to bet on if you want to make some serious cash. Check out our article on how to bet on NBA basketball to find out more:

For those that aren’t aware, the NBA stands for the National Basketball Association and is the biggest basketball league in the world. In it, there are a whopping 30 teams, which are then split into two different conferences. Due to the sheer size of the USA, the teams have to be separated based on their geographical position. So, there’s an Eastern Conference, and a Western one too. Both conferences have 15 teams, and they’re also split up further into more refined regions. Atlantic, Central, and Southeast divisions can be found in the Eastern Conference, while Northwest, Pacific, and Southwest are in the Western. 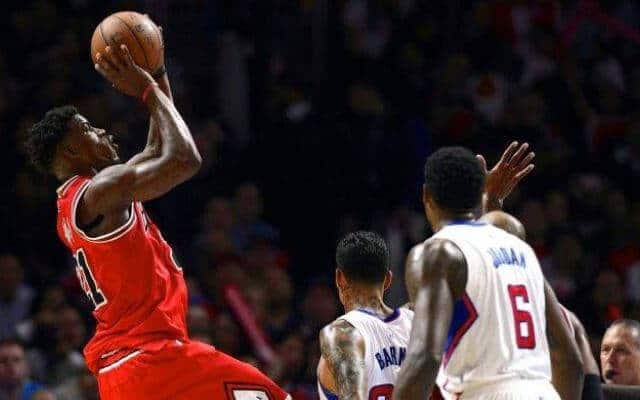 In the playoffs, the season switches from a league format to a knockout one. Each conference has its own bracket where the playoffs determine who wins out of all the 8 qualified teams. Then, the winners of each conference’s playoff go through to the NBA Finals and fight for the top prize.

As with every other sport, there are loads of different markets to bet on in the NBA:

Of course, there are other markets, but we think these are the best ones if you want to be successful. They represent the right amount of risk and often come with great value too.

The best strategy for NBA betting is to follow patterns and trends. As an example, you can see stats of every team and how many points they average per game. If you’ve got a team that averages 100 points per game, then you know that betting on total points of over 100 games is going to be a good bet.

Similarly, you can look at the records teams have in their division/conference against other teams. If a team is on a losing streak, it would be unwise to bet in favour of them for their upcoming match. Or, if the team with the worst form plays the team with the best form, you might get good value betting on the in-form team with a negative handicap.

Of course, you can also place bets during a match to try and get even better odds on certain bets. The key to in-play NBA betting is to always check the stats and match facts. Have a look at how a team has done during the season, and compare their stats to their match performance at the end of a quarter/half. If you have one team that tends score under 50% of their shots suddenly averaging 60% in the match, then you can be pretty sure their level will start to drop towards their average. Likewise, if their opponent averages 50% but is down at around 30%, you can be fairly sure they’ll up their level and make a comeback. So, betting on a team that’s down at halftime can often bring you great value and help you make a big profit.

If you want to bet on the NBA, then you have to keep track of all the statistics. It’s a sport driven by stats, if you start recognising patterns, you will win big.

Prefer professional betting tips to help you get started betting on NBA Basketball?
Click Here to start a 7 day Free Trial of our resident US Sports Expert, The Sports Guru

A guide to betting on nba basketball
Tagged on: basketball    betting    guide    many points