Betting on NFL games is a national pastime. More than $100 billion is bet every season on pro football (most of it illegally) and the Super Bowl—the most heavily bet single sporting event in history—generates $11 billion in action on one game alone.

More than half of the U.S. adult population will have some type of wager on this year’s Super Bowl. The legal Nevada betting handle on last season’s big game was an all-time record-setting $138 million, but most bets take place outside of legal channels, whether it’s over the phone with a bookie, on some offshore betting site or in a pool with coworkers or friends.

Going with your gut, putting money on the Super Bowl champs or taking your home team to repeat against its conference rival might feel like the right move, but it’s also a good way to lose. Betting on the game is a lot more fun when you come out a winner. That’s where I come in. For 35 years I’ve been providing point-spread predictions on who will win on the gridiron. Here are some of my favorite rules and tips to wager successfully on this year’s NFL season.

The Point Spread And The Vig

The point spread is not a prediction as to who will win a football game, nor a measure of the relative strengths and weaknesses of each team. The prime reason the point spread exists is to attempt to equalize the amount of dollars bet on either side of a game.

A bettor has to lay 10 percent (called the vigorish, or vig) of what one attempts to win. For example, if you want to win $100, you have to lay, or bet, your bookmaker $110. If you’re correct on that wager your payout will be $210 (your $110 original bet back, plus $100 profit). If you lose, you lose the entire $110. Unlike the stock market (which I call legalized gambling) where you pay a commission whether you’re right or wrong, in football betting a commission is only charged on losing bets.

I know a bookmaker who perfectly balanced his books during last year’s Super Bowl. He had $3.3 million to win $3 million on each team, so no matter who won, he was set to win $300,000 on the vigorish, paying out $3 million to Patriots bettors (who were 3-point favorites) and collecting $3.3 million from Falcons backers, who were getting 3 points. Not a bad weekend’s work.

How To Bet The Over/Under

When two offensively potent teams meet, you should bet the under, because they tend to play conservatively, feeling confident they can score anytime. Conversely, if two dominant defensive giants collide, bet the over, because the respective offenses don’t fear making a mistake, feeling the defense has its back. That leads to turnovers, which leads to more points.

You can’t use this system on the majority of NFL games, as sometimes the two teams are not known for defense or offense, but a mixture of the two, in which case, one should pass on the over/under bet. Three potential under picks this season would be Tom Brady vs. Drew Brees in the Dome on September 17 and Green Bay at Atlanta on September 17, plus Dallas vs. Green Bay in the Jerry Dome October 8. Whereas Baltimore at Minnesota October 22, Houston at Seattle October 29 and Houston at Baltimore November 27 qualify as three over picks. Take the over on Odell Beckham Jr. as far as Page Six mentions in the New York Post, whatever the total is, and the under on Rex and Rob Ryan bar fights, as long as the total is no less than five.

I estimate that only one out of 1,000 NFL bettors wins money at season’s end, and out of those 1,000 bettors, 80 percent bet favorites. That tells me the best value during the regular season is taking NFL underdogs every week, as the betting line on favorites is inflated. Bookmakers know the public likes to bet on high-profile teams, especially ones that are perceived as good.

Some games I correctly predicted last season using this rule were the New York Giants, who lost to Washington at home 29-27 (as 3.5-point favorites), then won the rematch at Washington, not only beating the spread as 8-point underdogs but winning the game outright 19-10. Washington, getting three points, lost at home to Dallas 27-23 then beat the spread in the rematch as a 6.5 point dog at Dallas, losing 31-26. New Orleans (-2.5) lost 45-32 to Atlanta, and as a 7.5 road underdog covered the spread in the rematch, losing 38-32. Even lowly Cleveland, who went 1-15 straight up in 2016, lost at home to Pittsburgh 24-9 and covered the 3.5-point spread in a 27-24 overtime loss in the rematch on the road.

One of the biggest keys to winning is to reduce your number of NFL wagers to one to three games per week. Since I started limiting my weekly football point spread predictions (one or two pro games, two to four college games) I have not had a losing season against the spread in the last 17 years. Laying $11 to win $10, you have to be correct 52.4 percent of the time versus the point spread to break even, while your bookmaker only has to be right 47.6 percent of the time, which is a huge percentage to overcome if you’re betting a lot of games. If you’re not a card counter, you have a better chance of winning at blackjack if you play for 30 minutes versus playing for four or more hours at the same table. The percentages increase that each hand against you will eat you and your bankroll alive. It’s the same with betting on the NFL: the more games you play, the less chance you’ll have to win. 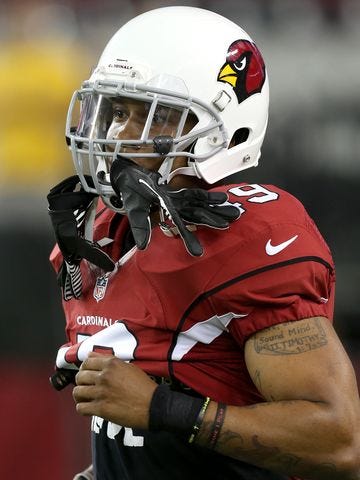 More than one-third of a sports book’s profits are from parlays, cumulative series of bets where you have to pick multiple winning teams to get paid. Even in my best handicapping years—two years when I was 70 percent vs. the spread in college football—I could not have beaten parlays. If you bet $100 on a two-team parlay, both teams have to beat the spread for you to win, and if one of the two teams fails you’ve lost $100. If you bet the same two teams straight up (laying $110 to win $100 on each team), and one team loses and one team wins, you’ve only lost $10. In other words, when going 1-1 versus the spread, you lose the entire $100 on the parlay wager, and only $10 on betting the two teams straight up. Yes you can go 0-2 straight up vs. the spread, which would lose $220, instead of $100 on a two-team parlay, but the odds greatly favor you going 1-1 instead of 0-2. Two team parlays pay 2.6:1 (true odds are 3:1); three team parlays pay 5:1 (true odds are 7:1) and four team parlays pay 10:1 (true odds are 15:1). Hello!

Stay The Course At Halftime

At halftime, the nation’s bookmakers post a new point spread for the second half of the game. If you’re going to make a bet at this point, always bet the team at halftime that you think will beat the original line. On the majority of NFL games, this outcome is very hard to predict at halftime. However, when a 7-point underdog is winning 10-0 (or higher), the percentage play is that this underdog will cover the opening line as well as the halftime line. Same thing if a 6-point favorite is winning 28-0 at halftime, go with that team for the second half, regardless of what the halftime line may be.

New England shut out Houston 27-0 in Week 3 last season without Tom Brady (who was serving a four-game suspension). With Brady at the helm in the Divisional Playoffs, the Pats (15.5-point favorites) beat Houston 34-16. Underdog Houston plays at New England on September 24 and should be motivated enough to beat the spread. Kansas City, an 18-16 loser at home to Pittsburgh in the Divisional Playoffs, gets its chance at payback on October 15 when it hosts the Steelers.

Know When To Tease

Two-team 6-point teasers are where one can “tease” the line up or down 6 points, but you have to bet on two teams and both have to beat the newly adjusted 6-point line for you to win. In week one, if you tease -7.5 favorite New England down to -1.5 against Kansas City, they have to win by 2 or more, and if you tease Baltimore +2.5 up at Cincinnati, you now receive Baltimore +8.5 for the game.

Be Wary Of The Patriots

New England winning its fifth Super Bowl (which I predicted in the NFL preseason preview published in the October 2016 Cigar Aficionado) was impressive, and so was its sensational 16-3 record against the spread. This means New England’s line will be inflated every week, especially early in the 2017 season. The public cashed in on the Patriots last season, and bookmakers know people will bet them every game regardless of the line. While I favor New England to win back-to-back Super Bowls, the 2016 Pats played with an us-against-the-world chip on their shoulders, the world being Commissioner Roger Goodell and his Park Avenue organization’s unfair Deflategate punishment, suspending Brady for four games and taking away an invaluable first-round pick, both moves aimed at crippling the Patriots. I expect New England to be motivated to defend last year’s Super Bowl crown—but I don’t expect the Pats to play close to the point-spread level they played at last year.

Danny Sheridan, a frequent contributor to Cigar Aficionado, has been featured in every major newspaper in the United States.