When taking an ante-post price on any golf betting market, you are not just asking yourself whether the player in question has the capacity to win the event in question, but also whether grabbing the current odds offers potential value. In the case of Jon Rahm in The Masters 2019 at Augusta National the answer to both questions is yes.

First of all, he has shown a fondness for the Augusta National test. There is more to his game than big-hitting: he possesses a long, high carry, takes aggressive lines and is a fearless putter at his best.

He was three shots off the leader at halfway on debut in 2017 and improved that to finish fourth last year when he was a genuine final round challenger. He faced adversity during his Ryder Cup debut last September and overcoming it should hold him in good stead.

Adding to that, he likes the early season events. He’s a past winner at two of the January stop-offs (the Desert Classic and Farmers Insurance Open) and has been second at both the Tournament of Champions and the WGC-Mexico Championship. If he repeats much of that, the 20/1 offered by Bet365 on Jon Rahm to win The Masters might go fast.

What’s it going to take for eight-time top five finisher Rickie Fowler to win a major? How about turning 30, which he did shortly before Christmas?

Some will poo-poo the idea of a landmark birthday acting as a conscious or sub-conscious shock to the system, they might also mock the notion that the raucous New York galleries will help him, but he’s on record as saying it’s fun playing with loud crowds – and wins in New York and Boston back that up.

Moreover Bethpage Black, which hosts the first PGA Championship to be played in May, is where he led heading into the final round of the 2016 Barclays tournament. He’s 20/1 to win the PGA Championship with Paddy Power.

A return to Pebble Beach for the US Open in 2019 will mean plenty of attention on Tiger Woods, who won the 2000 US Open there by the small matter of 15 strokes. He’s around the 10/1 mark in the betting this time, but I’m going to instead put forward a slightly left-field name: Alex Noren.

Superb on the European Tour in 2016 and 2017 he turned that into solid form on the PGA Tour last year. He also finally showed his class in a WGC event (third in the Match Play) and he was a stubborn winner of his singles point in the Ryder Cup, refusing to be distracted from the task in hand, as the fans and his team-mates celebrated the match win.

He narrowly missed out on a first PGA Tour win on the Californian cliff-tops at Torrey Pines last year and he’ll also be ruing a missed major opportunity at Carnoustie last summer, when sixth heading into the final round. He’s 66/1 in the US Open betting with Bet365.

Tip 4: Irish Win At The Open

The career of Shane Lowry was launched by a remarkable week at the Irish Open, when he claimed the title whilst still an amateur. The dunes of County Louth had seen nothing like it, as 10s of 1000s of locals scurried into position, despite appalling weather, to cheer their hero down every fairway.

When The Open comes around this July, its host Royal Portrush has the chance of witnessing a very similar scene, so what chance he repeats his role as the main man? 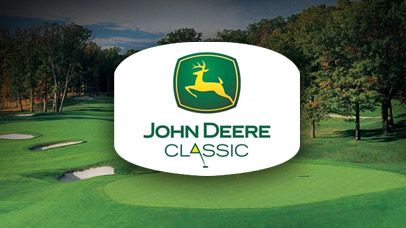 His links pedigree is without question, he’s a WGC winner and also boasts experience of leading a major championship at the weekend, when finishing second at the 2016 US Open.

Currently available at three figures in The Open betting (100/1 with Ladbrokes) it won’t take much in the way of good results for those odds to come tumbling. He’s well capable of doing just that, and he won’t lack for motivation in a special year for Irish golfers.

Tip 5: Solheim Cup Back To Europe

Taking place at Gleneagles in September, there is every chance that the Solheim Cup will be the biggest and most popular running of this biennial event this side of the Atlantic.

The Europeans tasted victory in 2011 and 2013, and they should have – and would have – won again in 2015, but for a stubborn Suzann Pettersen. She was correct to be irked by Alison Lee’s assumption of a gimme, but overlooked the implications of making her pay a (short-term) price. Rather than correct a wrong, the Europeans instead transformed the Americans from a defeated rabble into a righteous gang of warriors.

Team USA backed that up with another win at home in 2017, but there’s very little to fear for the home side in 2019, and in fact plenty to be excited about, not least the prospect of Georgia Hall, Charley Hull and newcomer Bronte Law leading the challenge on home shores. Odds of 7/4 about a European Solheim Cup victory is value with 888 Sport.