It was the fourth quarter of a football game a few years ago, and D’Amico, a professional sports gambler, appeared to have picked another winner.

He had significant money wagered on the game and the team he selected had a comfortable lead.

Then came an experience every sports bettor knows all to well.

D’Amico, an avid collector of sports memorabilia, lost his temper. He snatched a Mickey Mantle baseball bat off the wall and smashed it on a desk.

“Yeah, I get emotional,” D’Amico said. “But I’m about getting paid.”

In the world of sports betting, the money is never gift-wrapped. Despite all the research, numbers, inside information and instincts, the outcome sometimes defy even the most successful gamblers.

“You are at the mercy of a series of unusual or random occurrences,” said Andy Iskoe, a professional sports gambling handicapper in Las Vegas.

Sports gambling is a multi-billion dollar industry. It’s both loved and loathed by fans, athletes, coaches and league officials. It can be an addictive habit with the potential to ruin lives and wreck the integrity of a sport. Yet, for many, it’s enjoyable, and brings an element of excitement.

Life of a gambler

Professional sports bettors all have stories. Sometimes hundreds of them. They love to talk about their wins but never forget the losses and speak with disdain about that games that got away.

D’Amico rattles off gambling tales a mile a minute. He talks about the time a friend claimed he didn’t have $20 to pay for his child’s diapers, then later in the day while at the sports book, pulled out a large roll of cash to make a bet.

His friend said that was the gambling money.

The stories reveal a feeling of contempt toward the elusive success of making a living from sports gambling. The best in the business say they are happy to select a winner 55 to 57 percent of the time.

To reach that point, bettors study the numbers, try to move the betting lines and sometimes just go with their gut feeling. They try to get as much inside information as possible.

“I have people watch practices and get back to me about injuries and those kinds of things,” D’Amico said. “I get that information. I’m not saying I have players, coaches or referees. I don’t have that. But maybe I have a groundskeeper watching practices.”

Even with inside information, sports betting requires balance and attention to detail. Gamblers watch the lines with a microscope. The few who turn sports betting into a career find the games they like, and then bet big.

“This isn’t a hobby. This isn’t for fun,” D’Amico said. “This is about making money.”

D’Amico, who operates the Web site allamericansports.info, said to succeed, bettors need discipline. Getting too greedy and betting too many games can lead to a quick demise.

“You have to pick your spots,” he said.

Six men talk sports in the center of a nondescript office building. They talk about the major games and spend even more time discussing the smaller matchups, like a non-major conference college basketball game between Canisius and Marist.

In this office — the Las Vegas Sports Consultants, the group that sets the odds for 85 percent of sports books in Nevada — every game matters.

They throw out numbers. Lots of numbers. For the oddsmakers, these numbers mean everything and they can’t afford to be wrong.

They talk about injuries, home-court advantage, who’s hot and who has something to prove. All of them have done hours of research, and each makes a case for his line. Masked in the conversation, somewhere between the talk of coaching ability and a team’s motivation, is the points spread that is just right.

White relies on his research, and he does plenty of it. In setting the lines for college basketball games, he pulls out his encyclopedia-sized binder that contains rankings for every player on every Division I team in the country.

Inside the binder are power rankings for every team, derived from a series of formulas and calculations done by computer programs.

“I’m a number-cruncher,” White said. “I’d rather let the numbers speak for themselves.”

The pages of that binder provide the starting point for making the lines on every college hoops game. He has another binder for college football. And the NFL. And college hockey.

He does his homework.

This is no basement operation. The main room in the consulting office has about a dozen television screens, 10 computer monitors, a couple of Ivy League graduates and several oddsmakers.

The oddsmakers know the intricacies of every factor of the game. Missing news of an injury, a suspension or a coaching change can give the bettors a keen advantage — and cost sports books serious dollars.

After the group sets the initial lines, the sports books adjust them based on the money coming in from bettors. The books just want a line that gets equal play on both sides — thus, collecting a 10 percent commission on each wager. One has to bet $11 to win $10 for basketball and football games.

“A lot of people say you’re battling the line makers, you’re really not,” Iskoe, the professional bettor, said. “We’re battling people on the other side of the line.”

In the final seconds of the Pittsburgh Steelers-San Diego Chargers game last November, Pittsburgh safety Troy Polamalu scooped up an attempted lateral and ran into the endzone as time expired. The Steelers already had the lead before Polamalu’s touchdown, so the play didn’t really matter to the game’s outcome.

But it mattered to gamblers.

If the touchdown was allowed to count, the Steelers would have covered the 4.5-point spread. If it didn’t, then bettors with their money on the Chargers would win.

Chaos filled the Las Vegas sports books as the officials underwent a lengthy review before finally ruling the touchdown didn’t count, making the final score 11-10. The controversial call caused a stir among bettors.

The relationship between sports and gambling has long been taboo, and leagues recognize gambling’s attraction and perils. Professional sports leagues keep themselves at a distance from the gaming industry, but league leaders recognize that gambling increases interest in sports.

In 2008, gamblers wagered $2.57 billion in Nevada sports books, according to the Nevada Gaming Control Board. 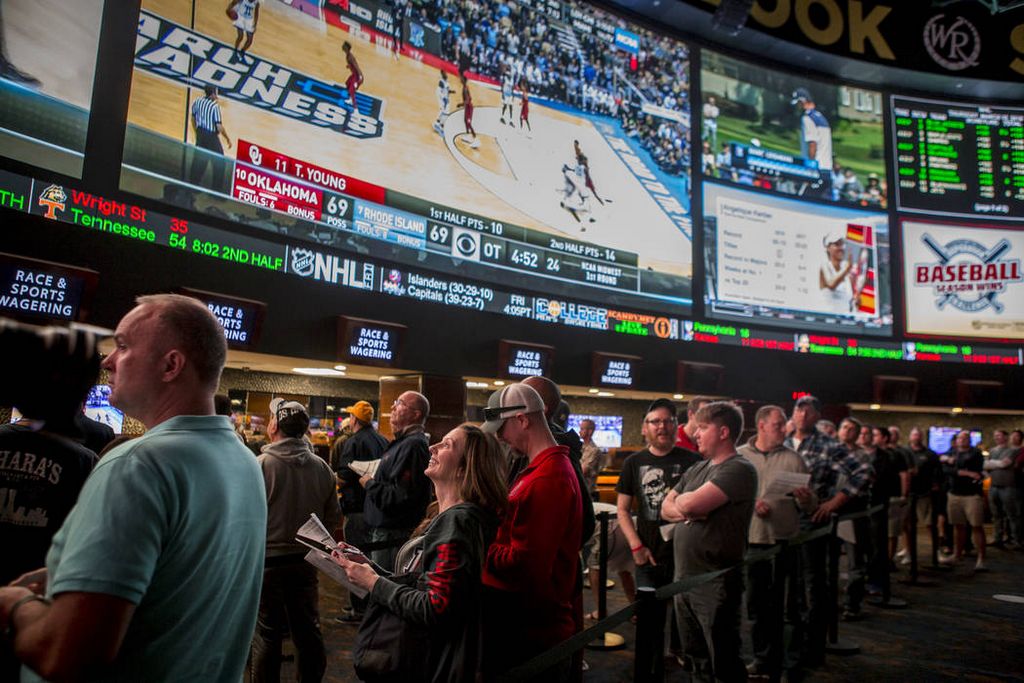 And that is only here — legally — in Nevada.

The Super Bowl and the first weekend of the NCAA men’s basketball tournament are two of the biggest revenue weekends for Southern Nevada. The Las Vegas Convention and Visitors Authority reported that Super Bowl weekend in early February brought 295,000 visitors and $102 million to the area.

“For (league officials) to believe the popularity of their sports is not enhanced by gambling would probably be naïve,” Iskoe said. “There is a significant part of the population whose interest comes from the fact that they are betting on the games.”

Sports gambling is a big money business, and some suggest the leagues’ television packages that offer every game are most coveted by gamblers, who have a vested interest in watching as many games as possible. 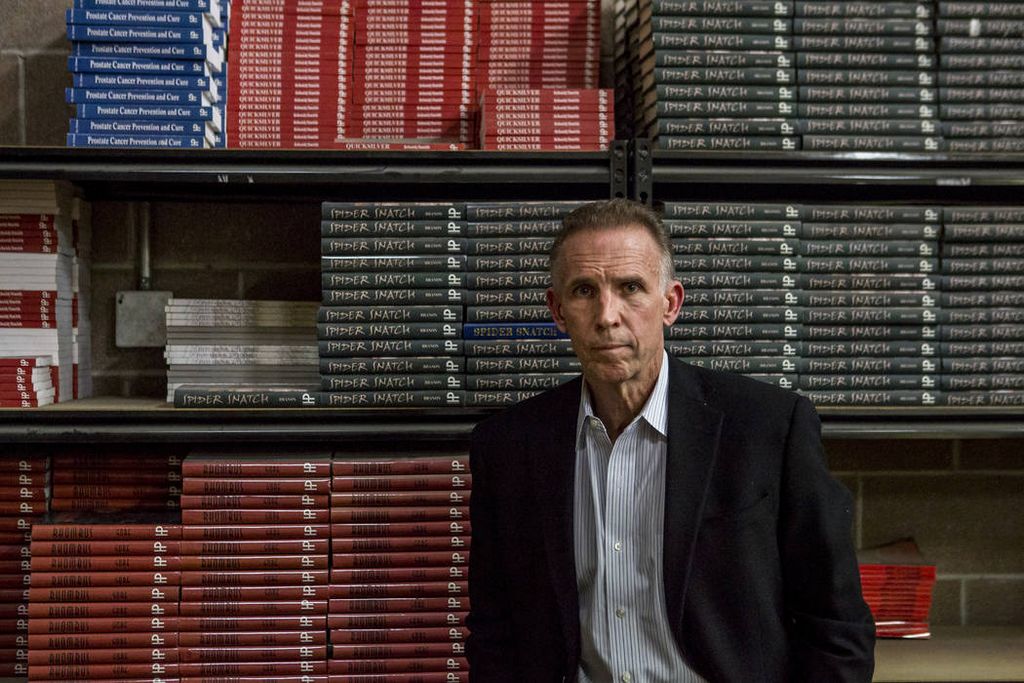 “We don’t provide those packages for that reason,” NBA spokesman Tim Frank said. “We provide those to give our fan base more options.”

Those in the gaming industry say the acceptance of sports gambling has grown in recent years. Sports commentators discuss the lines during broadcasts and fans have a greater awareness about the gaming business.

Colin Cowherd, host of ESPN Radio’s “The Herd,” regularly gives his picks against the spread during football season.

Nevada is the only state where sports gambling is legal, policed and taxed, but the Internet has broadened the availability for people to make bets. Legislation was also introduced in Delaware to regulate sports gambling.

Online betting is illegal in every state, but the Internet has plenty of offshore gambling sites outside the United States that allow people to bet on games.

Protecting the integrity of the game

For those inside the sports industry, betting on games is the cardinal sin. Unforgivable.

Fans know the stories of baseball legends Pete Rose and “Shoeless” Joe Jackson, who bet on baseball and earned lifetime bans from the sport. For two of the game’s great players, betting cost them all they had earned from the game.

Today, professional leagues have policies to keep those inside the sport away from the sports books. Leagues have too much at stake to allow players, coaches and officials to get involved with betting on their sport.

“As a league, the number one thing you have to do is protect your sport,” Frank said.

The NBA found out in 2007 that the danger exists for gambling to invade a sport. An investigation by the FBI showed referee Tim Donaghy had bet on basketball games and made calls affecting the point spreads on games.

The scandal proved the possibility exists for officials, coaches and players to fix games in hopes of a big payday.

The leagues have stringent review policies for officials, and go through great lengths — such as background checks and play-by-play grading of their performances — to prevent the possibility of thrown games. Leagues know the presence of betting operations could destroy fans’ interest in the sport.

“There are isolated incidents (of fixing games), but I don’t think it occurs,” D’Amico said. “I really don’t.”

D’Amico has childhood friends who are athletes and coaches, but when they come to Vegas, D’Amico steers clear. No dinners. No drinks at the bar. He doesn’t even return phone calls.

Association with a profession gambler is like spreading the plague to an athlete, and D’Amico goes through great lengths to keep his profession from hurting those on the other side of the sports business.

Sports is all about discovering an advantage and exploiting it. Successful teams play to their strengths and constantly look for ways to improve.

The betting side of sports is no different.

Oddsmakers collect hoards of information and try to find the perfect number, while the wise guys search for holes in the line. The leagues do everything they can to police the sports and keep the gamblers from destroying the integrity of the game. And the fans usually fall somewhere in the middle.

It is a business of ups and downs, where money means everything and it never comes easy. But for the people who have made sports betting their lives, they wouldn’t have it any other way.