Any unplayed or postponed game will be treated as a non-runner for finalizing purposes, unless we can establish within a reasonable time frame – using publicly available information from governing bodies – that the game has been rescheduled within three days of the original start time in which case the bet will stand.

Any bets on a game abandoned before the completion of 90-mins will be void except for those bets where the outcome has already been determined. For example – if a game is 5-2 and is abandoned with 10 minutes left to play then over 6.5 goals will be finalized as a winner, and under 7 goals finalized as a loser.

Where a game is played at a venue other than the venue listed then all bets will stand providing that the home team is still designated as such. If the home and away team are reversed – i.e. the away team is now the home team – then bets placed on the original listing will be void.

If any team starts a 90 minute competitive game with less than 11 players – for any reason – all bets on that game will be made void.

Soccer betting at BetStars assumes games are conducted in a standard fashion, with 90 minutes of play across two 45 minute halves. The exception to this rule is in relation to friendly games, where all game bets will be finalized based on the actual result when the game finishes, irrespective of whether the full 90 minutes is played. BetStars reserves the right to void bets on an event should we find it was not conducted using said ‘standard’ format.

Bet settlement will be determined by the official websites of the event or association. Where evidence from TV pictures, screenshots or game reports indicate that the official site has made an error, BetStars reserve the right to make settlements from alternative sources. The official result announced at the end of the event will be used to finalize bet results.

Decisions after the game taken by governing bodies will not count for betting purposes. Results will be taken after full time, including any injury time added by the referee. Extra time and penalty shootouts will be excluded, unless stated otherwise.

All bets are based on the extra time and penalty shootouts results only. The result at the end of full time (90 minutes plus injury time) does not count.

In the event of at least two competitors being declared the winner (a Dead Heat), the number of paying places remaining after clear winners are finalized is divided by the number of players sharing those places.

Bets are accepted on 90 minutes play only.

Please note that own goals do not count in the settlement of bets.

The winning selection in Transfer Special bets will be the club to which the player is registered at the point that the next transfer window closes. The relevant transfer window closing time will be that of the original/selling club (for example if the selling club is Manchester United the close of the window will be the close of the English transfer window). BetStars will select a list of potential clubs at its discretion. Should the player move to a club not on this list, all bets will stand. Extra clubs can be added at customers’ request.

BetStars will select a list of potential new managers at its discretion. Other selections will be available on request. Should a manager not listed be appointed, all bets will stand. Caretaker and interim managers will not count unless they complete at least five competitive games (three for international managers) and they will then be deemed the permanent manager. Should a club appoint a director of football this will not count in the settlement of permanent manager bets. In the event that a club change the structure of their management team and do not call the appointed individual first team manager, we will finalize the bet on the individual who is responsible for selecting the first team.

If the total amount of goals/points etc. is exactly equal to the line quoted, and no winning line is quoted, the bets will be void.

If the scores are level after the handicap has been accounted for and no odds have been offered for a handicap draw, then bets will be void.

Cards shown during the half time interval or after the final whistle has blown will not count, as well as those cards shown to non-players. Cards will only count when shown to players who are on the field of play. Second yellow cards awarded to the same player will count only as a red card. If the first cards shown involve two or more players from different teams being booked/sent-off in the same incident, bets on the ‘First Yellow/Red Card’ will be void.

For the purposes of calculating booking points, the following applies:

If a player receives two yellow cards and is subsequently shown a red card, they receive a total of 35 booking points. 35 points is the most any player can receive.

A red card counts as two cards in the Total Cards bets, while a yellow card counts as one. Bets on players to be carded or sent off will be void if the player does not take part in the game.

Corners awarded in Extra Time do not count for settlement purposes.

There are three main types of Asian Handicap:

These are written as whole numbers with the handicap being applied to the result at the end of the game. A handicap draw here would result in a push with all bets being returned. 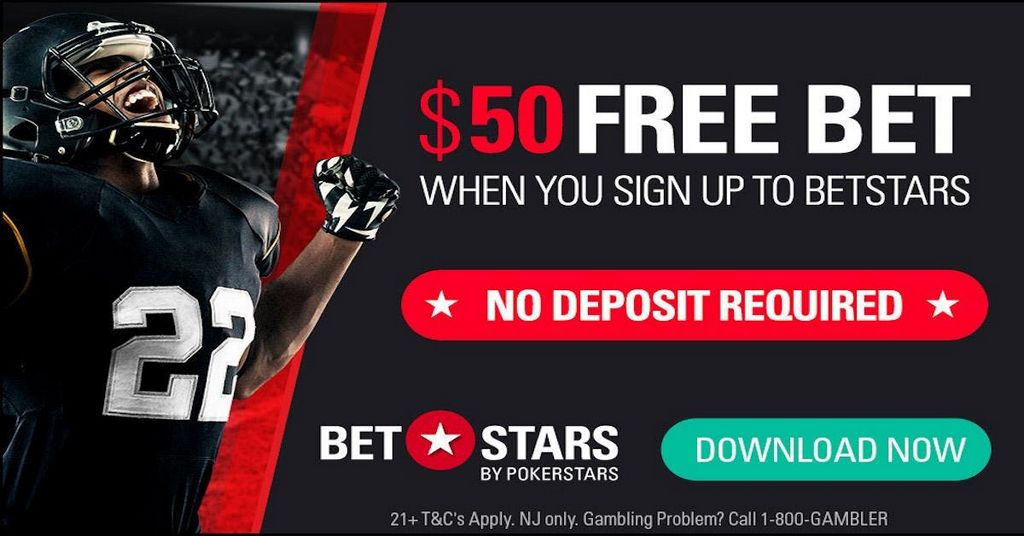 This type of Asian handicap removes the chance of a push and is written with half numbers. The handicap is added to the result at the end of the game.

The named player must start for the bet to have action. If the player does not start then all bets are void. This includes:

Both players must start for the bet to have action. If either player does not start then all bets are void.

If you have any questions about BetStars sports book, contact Support.

Total Tournament Cards – The maximum number of cards per player per game is one yellow and one red. Cards awarded in extra-time do not count. Only players on the pitch count (e.g., if a manager or a substitute on the bench is shown a card, it will not count for these bets).

Tournament Penalties Missed/Converted – Penalties taken in 90 minutes, extra-time and penalty shootouts all count. If a penalty has to be re-taken the previous disallowed penalty does not count.

Player of the Tournament

This bet is finalized on the winner of Player of the Tournament (the best player of the tournament as declared by the Governing Body).

In the event of a points deduction, or a team going out of business, BetStars reserve the right to void bets on the teams affected by said points deduction. BetStars decision will be final in such cases.

If the scores are level after the handicap has been accounted for, the winning selection will be the Handicap Draw. If no odds have been offered for a handicap draw, then bets will be void.

Man of the Match

Bets will be finalized based on the result announced by the organising authority (e.g. FIFA for World Cup games). Players who take any part in the game will be deemed ‘runners’. Bets on players who take no part in the game will be void. In the event of the award being presented to more than one player dead-heat rules will apply. Prices will be available upon request for players not quoted. An unquoted player will count as the winner should they receive the man of the game award.

If you have any questions about BetStars sports betting, please contact Support.