Baseball betting rules are pretty standard both in Las Vegas and offshore. While there are many specific rules including prop bets we’re pretty much just going to cover the meat and potatoes here in this article.

When betting on a baseball game, you need to specify if you are doing so using the specific pitchers listed to start the game or NOT. Keep in mind that if you bet on a game and don’t specify listed pitchers and there’s a pitching change, your stuck with the replacement which often times isn’t a good thing. You will also be subject to the odds changing as well.

Listed Pitchers: Both pitchers have to start the game and throw at least one pitch. If one or both pitchers don’t throw a pitch, your money is refunded and your bet will be considered “no action.”

Action: If you select “action” on a game your basically betting on the team stating you don’t care who pitches and your game is going to be a bet regardless of a pitching change. You will however be subject to the new odds if a pitching change should come about.

Official Game: A baseball (side) bet becomes official for betting purposes after 5 innings of play or 4.5 innings if the home team has the lead. Should a game be suspended, the winning side is determined by the score after the last full inning unless the home team scores to tie or take the lead in the bottom half of the inning, in which case the winner is determined by the score at the time the game is called. Bets get refunded if the hometeam ties the game and then it goes into suspension. Suspended games become no action if they have to stop and start up the next day. This is not to be confused with a game going past midnight. Continuous action of a game is by all means official action.

Tip: Find all of these betting options as well as the lowest priced odds (discounted!) at the web’s best bookmaker: 5Dimes.

Totals (Over/Under Bets): Unlike sides, totals must go the whole way to be considered action. The only exception is if a game goes 8.5 innings because the home team is leading after the top of the ninth inning. All “totals” use listed pitchers. A change in starting pitchers by one or both teams would be considered no action on a total. It’s rare, but does happen. If a game doesn’t go the full game it is refunded and dubbed no action. 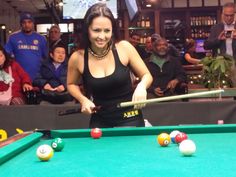 Runlines and Prop Bets: These are dealt with the same way totals are. They have to finish and there can’t be any pitching changes otherwise their deemed no action.

Series Betting: When betting on a team to win a series, the series is based on the first 3 games played. It should also be noted that no other opponent can run in between the consecutive games of a series. If any game of a series gets canceled the wager is no action. All series wagers are based on action, not listed pitchers.

Grand Salami: A grand salami is betting the over/under for total runs scored by all MLB teams in a day. If any one game goes unplayed, the wager is no action. If a game goes to extra innings, those innings are included in this bet.

Maximum Payouts: Each sportsbook has their own rules. Some offer much higher limits than others. It is however pretty standard to have a sportsbook limit the maximum payout on a parlay to 50, 60 or 75k.