worst bookmakers shop for service ever.. their slot tournaments are a complete con. i had several issues with them.

The first issue was with the machines that i played after inserting a games voucher i had won in a promotion, which i am glad to say has been resolved although it has taken several weeks to do so.

The second was when myself and my partner visited our local store to take part in a "beat the bookie tournament".
We were told by the young man serving that we could not take part as he was on his own and did not have time to set the machine for tournament play for us, yet he had done so for others who were there.

The third and probably most annoying was when i visited the local store again and played the slot tournament for leader board, to win £25 free play. I had played this before in other stores and know the time for the tournament to end was 2pm.
I arrived at 13:50pm and asked the cashier who was having a smoke outside the store if i could play the tournament. She replied that i would have to be quick as it was to end at 2pm

I played the tournament and ended up top of the leader board.. so i said i would pop back in 10 minutes to see if i was still top.. as it was due to end then, and she said ok .. as i was the high scorer.

I returned and i was still the leader after 2pm so i had won, although i thought. They then proceeded to tell me that they had now decided to carry on the tournament beyond the 2pm finish time, even though i had been adamantly told it finished at 2pm. As far as i was concerned i had won and changing the finish time at the very last minute is like someone betting on a horse, the horse wins and the marshals say ..sorry we going to do another 2 laps to have best of three races.

I checked with my other stores who all finished their tournaments at the correct time of 2pm, and none of those managers in those stores could understand or agree with why the keelings road store would suddenly refuse me as winner and carry on the tournament for longer than the allotted time , when i was clearly top of the board at the correct finish time of 2pm.

I telephoned customer services, who rang the shop in question who said that they had been told by their manager to carry on promoting the tournament… to see if anyone else would ask to play,.. does this make sense to do when the tournament was already won by the correct finish time of 2pm?

I can only assume that they were waiting for one of their favourite regulars to play and beat the winning score, so to do so they were prepared to change the rules of the tournament… totally unprofessional in my eyes.
I was a regular customer there, and would place many bets.. but in future will be visiting another brand. Terrible service, lazy and rude staff an unpleasant bookmakers all round. 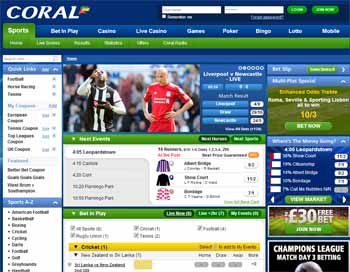