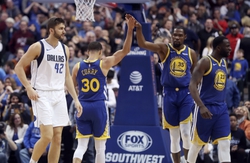 $25 NO-DEPOSIT BONUS AND UP TO $500 FREE BET AT DRAFTKINGS SPORTSBOOK!

Few teams have been more entertaining to watch in the latter portion of the season than the Hawks. Not only does Atlanta play at a tongue-wagging pace of 108.0 possessions per game — the fastest in the NBA — but they’ve also been the most generous defense in the league. Atlanta has allowed the most points per game (118.5), including the most per home game (118.8). Those numbers are largely the byproduct of the Hawks surrendering the fourth-highest shooting percentage (47.3) overall.

UP TO $500 IN FREE BETS AT BETSTARS! CLICK NOW TO CLAIM YOURS!

To get some perspective on just how ineffective the Hawks have been at preventing scoring, consider the following: As high as Saturday’s projected total is, 15 of Atlanta’s 36 home games have still exceeded it. The Hawks have allowed more than 120 points in 17 home contests overall and 118 and 119, respectively, in two other games. And most recently, they’ve either surrendered or scored more than 120 in four of the last six.

The latter figure is particularly relevant because as bad as Atlanta has frequently been at limiting points, they’ve gotten more and more proficient at putting them up. The Hawks are now averaging 114.4 points per contest on their home floor of State Farm Arena, four more per game than on the road. Atlanta has even managed to make inroads against some of the tougher defenses in the league.

For example, they just tallied 117 points in an upset of the Jazz on Thursday. And they’ve put up 120 on the Celtics and 132 on the Grizzlies within their last five games. All of those teams are ranked considerably ahead of the 76ers in points allowed per contest. Philly checks in yielding 111.8 points per game, including a robust 114.1 per road contest.

Then, the 76ers have more than enough talent on the offensive side to exploit the Hawks’ defensive vulnerabilities. Philly comes in scoring the fourth-most points per game (115.2) overall. They’re averaging 122.0 per contest over the last three and have been playing extremely well while forging a six-game winning streak. The degree to which they’ve been firing on all cylinders offensively is reflected in the combined totals for the Sixers’ last four games:

It’s also worth noting the Sixers and Hawks engaged in a shootout in their most recent meeting. The two teams combined for 244 points in a 123-121 Hawks victory on Jan. 11. Surprisingly, Joel Embiid wasn’t available for Philly despite that massive total. Both teams project to be at full health Saturday, which only ups the chances of another high-scoring affair.

Finally, pace should play a pivotal part tonight. As mentioned earlier, no team generates more possessions per game than the Hawks. But Philadelphia isn’t far behind. The 76ers are averaging 105.7 possessions per game overall, eighth-most in the NBA. However, they’ve played faster on the road, as evidenced by the 106.5 per away contest they’re averaging.

Finally, the last game between the two teams on Jan. 11 finished with a combined total of 244 despite Embiid not suiting up for the contest. 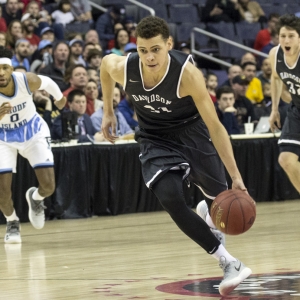 $20 FREE WITH DEPOSIT AT DRAFTKINGS DFS! CLICK HERE TO CLAIM!

This is a tricky projected total. It’s considerably elevated by all conventional measures. However, if there are two teams capable of exceeding it, it would be these two clubs. The Hawks’ league-leading pace of play can certainly help in that regard, as can their sieve-like defense. With both units at full health and reasonably rested (for this point in the season), and the Hawks playing much better in the latter portion of the season, I’m leaning toward a high-scoring and competitive affair despite the projected spread. Therefore, I see the points piling up enough here on both sides to slightly exceed the big number. 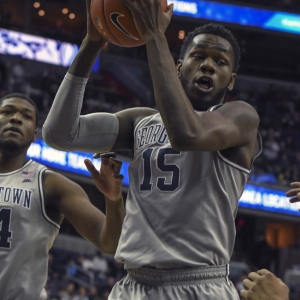