Baker’s proposal will also have to contend with opposition from groups fighting the expansion of state-sanctioned gambling, who continue to air concerns about the potential effects of making it easier to lay money on the line. 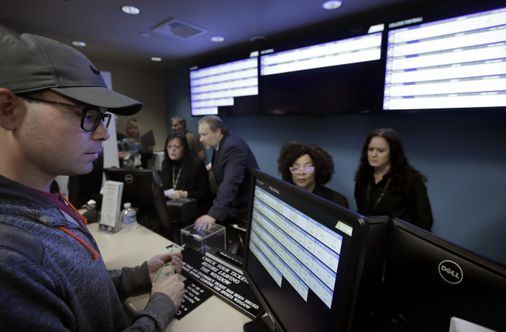 House Speaker Robert A. DeLeo said he will be looking for details of how the state will protect against corruption in sports as gambling expands.

“The first issue that has to be addressed is that the integrity of the game is protected,” he said in a statement.

Les Bernal, national director of the group Stop Predatory Gambling, worries that sports betting could be a gateway for young people into a lifetime of gambling.

“Most legislators have no idea what these guys have pending by legalizing this stuff,” he said. “This is a huge extraction of wealth out of the lives of ordinary citizens into the hands of an already wealthy few.”

Baker’s office said the expansion of sports betting would be tightly regulated under the Massachusetts Gaming Commission. The legislation would prohibit gambling on college and amateur sports, and gamblers would have to be at least 21. The state would use some of the proceeds from the industry to support people who gamble compulsively.

Baker’s proposal sets a tax rate of 10 percent for in-person betting and 12.5 percent for online wagering. Both levies would be on the money that licensed sports betting operators keep after paying out winnings.

Baker also proposes setting a 12.5 percent tax rate on daily fantasy sports — paid contests in which participants can win money based on the real-life performance of athletes. Daily fantasy sports have been untaxed as state policymakers have puzzled over their legal status.

Supporters of expanded sports betting argue that a convenient state sports betting program could cut into black market options that are already widely available to savvy online users. Estimates have put the national market for illegal gambling as high as $100 billion. 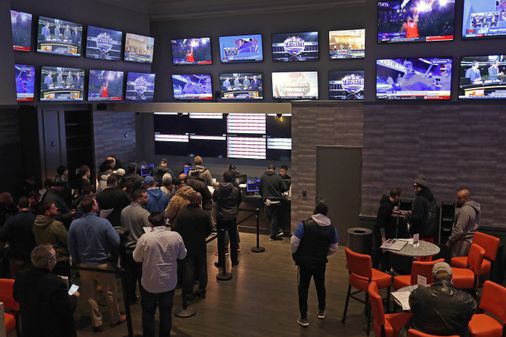 The measure proposed by Baker comes as lawmakers have begun to discuss the topic on Beacon Hill at the outset of the two-year legislative session. Preliminary discussions followed the high court decision last spring, but legislative leaders concluded there was not enough time to finalize a sports betting scheme before the end of last year’s session.

But lawmakers are under pressure to begin setting up a legal market here before Massachusetts falls behind other states.

Nine states and the District of Columbia have already legalized wagering on games, and several others, including Connecticut, are considering it now, according to Eilers & Krejcik.

Local sports franchises have generally been tight-lipped about the prospect of sports betting, often deferring to the professional leagues, which have been trying to balance concerns about integrity with the potential for new business opportunities.

Boston Bruins owner Jeremy Jacobs, who has been one of the more vocal area sports executives, said he is open to expansion.

“Sports betting has the potential to increase fan interest and engagement, which is ultimately good for the fans, franchises, and leagues,” he said in a statement.

In a statement, DraftKings expressed optimism the proposal would pass this year.

“Legal, regulated mobile sports betting provides the best mechanism to not only protect consumers, but to eliminate illegal offshore gambling, ensure game integrity, generate new revenue for the Commonwealth and fuel the growth of Massachusetts’ sports-tech sector,” the company said.