The William Hill Sports Lounge, located outside Section 18 on the Main Concourse of Newark’s Prudential Center, is the latest major marketing foray executed by the rapidly expanding U.S. bookmaking operation, William Hill US announced on Thursday.

ESPN reports that because the NHL is not comfortable with the venue being an actual sportsbook in which bets can be placed at windows and kiosks, instead, “company ambassadors” will assist bettors in downloading William Hill‘s betting app to make wagers online.

No opening date for the remodeled and rebranded space has been announced.

The venue, to be open during all New Jersey Devils NHL games, has been created in partnership with the Devils and the Prudential Center and will feature more than 20 digital screens showcasing the world’s most popular sporting events and displaying odds and betting propositions. The William Hill Sports Lounge will be also be open during more than 175 concerts and special events held at the arena annually.

“We are thrilled to partner with the New Jersey Devils and Prudential Center,” said Joe Asher, CEO of William Hill US in a company statement. “With three retail William Hill Sports Books and our mobile betting app now available in the Garden State, engaging New Jersey sports fans is extremely important for us.”

The agreement follows a similar promotion and signage deal William Hill has with the NHL’s Vegas Golden Knights.

[The Smaller Sports Leagues That Want in on Legal Sports Betting]

During Devils games, updated league-wide odds presented by William Hill, will be displayed on Prudential Center’s 9,584-square-foot, four-story-tall scoreboard, the largest in-arena scoreboard in the world, the company said.

William Hill will also sponsor fan watch parties for Devils games at Monmouth Park, the horse racing track where it operates a sportsbook and feature promotion on the team’s radio and digital broadcast on the Devils Hockey Network, on Prudential Center’s exterior marquee LED billboard, and across the Devils’ digital and social media channels. 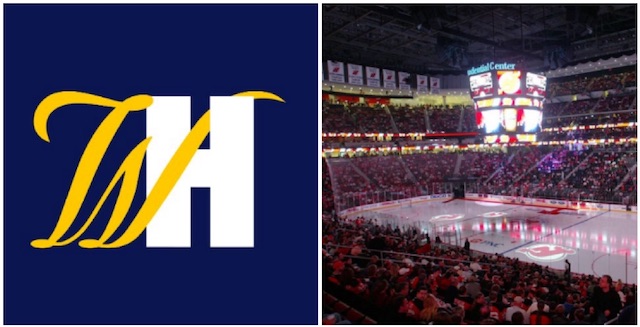 Prudential Center is located in downtown Newark and is the home of the Devils and Seton Hall University’s NCAA Division I Men’s Basketball program. Betting on New Jersey university sports teams, such as Rutgers and Seton Hall, is not allowed within New Jersey, according to the state constitution and regulations.

Who Can Seek a Child Support Modification in New Jersey