When it comes to moneyline betting, the favorite will be signified by a (-) symbol while the underdog will be signified by a (+) symbol. The number next to these symbols helps determine how much a winning wager will earn you. In most cases, however, the following math is automatically calculated for you by the sportsbook in question.

Let’s say, for example, that you would like to bet on a Major League Baseball game featuring the San Francisco Giants visiting the Philadelphia Phillies. In this example, the Phillies are the home team, but are listed at +200, while the visiting Giants sit on the moneyline at -230. If a bettor is attempting to make a $10 wager on the Phillies, they stand the chance to win $20. This is the case because +200 is the same thing as saying that the Phillies are listed at 2:1 odds. A similar wager on the San Francisco Giants would see you only stand to win $4.35 from a $10 wager. This is determined by taking the -230, moving the decimal place and dividing $10 by 2.3. This may all seem a bit confusing, but you can rest-assured knowing that the amount you stand to win will be determined by the sportsbook prior to you placing the wager. The biggest piece of information that must resonate is that the (-) signifies a favorite while the (+) represents an underdog.

If you have only limited familiarity with sports betting, a phrase you will hear often is that someone is betting “on the spread.” Like most things in sports betting, this too is initially quite confusing. In essence, the spread is like the moneyline in that a favorite and underdog are determined, but it differs in that your wager is based upon the margin of victory or loss.

So, for example, while a team might be a -230 favorite while the other team is a +200 underdog, the spread may simply be 1.5. What this means is that a bet on the favorite is a bet saying that the team will win by at least 2 runs while a bet on the underdog means that this team will either win or lose by less than 2. The spread includes a half point because an even-numbered spread could result in a push, or a scenario where no one wins and no one loses.

Over/under betting on baseball is the most straightforward of the 3 different types of betting. Basically, this type of wager is a wager saying that the total final score will either be over or under a set amount. In this Phillies/Giants example, the over/under is set at 7.5. A bet on either the over or the under will pay out at -120. Once again, the half point exists in order to avoid a circumstance where the total score is equal to that of the over/under. 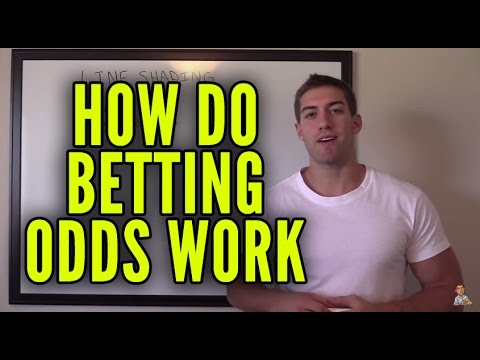 Another type of bet that encompasses a boatload of different wagers is the prop bet, or proposition bet. These are bets tied to specific instances within a game of baseball. This can mean a bet on a given player to hit a homerun, another player to record a certain number of strikeouts, or for a team to score at least a certain number of runs. There are so many other types of proposition bets that exist, but these are a few examples of them. Of course, as the feat becomes more difficult, the odds begin to deteriorate. For example, a prop bet on a hypothetical player to get on base once during the game might come in at -400 while a bet for the same player to hit the cycle (single, double, triple, and homerun) might be listed at +350.

Futures bets are somewhat similar to prop bets, but they are wagers placed on events that will happen sometime down the road, in the future. A perfect example of this is a wager for a specific team to win a league placed before the season even begins. Naturally, getting one of these bets correct pays out quite nicely.

Baseball Leagues to Bet On

If you look across the globe, there are quite a few different popular baseball leagues upon which you can bet upon. First and foremost is Major League Baseball. MLB exists in North America, specifically the US and Canada, and is by far the most popular, most talent-filled, and most-watched league in the world. MLB culminates every Fall with the World Series, which is a 7-game series, the winner of which is crowned champion of the league.

Mexico also has their own baseball league that is quite popular. Compared to MLB the quality of Mexico’s league is not nearly as great, but there is still a lot of quality. This is like comparing the NHL to the AHL, to use hockey as a reference.

Finally, there is the Japanese Baseball League, also known as the Nippon Professional Baseball Organization. The Japanese league is, by most accounts, the second-best league in the world. There are many players who make the transition from the Nippon Pro League to MLB.

In addition to these professional leagues, there is also an international tournament that happens every 4 years. The World Baseball Classic features some of the best national baseball teams in the world and sees them compete for a championship in much the same way that professional soccer teams compete to be crowned world champion every 4 years.