LONDON — How long will Kate make William wait at the aisle? What color will the queen wear to the wedding? And will Harry be sober enough to deliver the best man’s speech?

As betting-happy Britons shell out on their favorite royal wedding-themed wagers, the country’s bookmakers hope to make a mint.

“In terms of royal betting, the wedding blows it out the window,” said Rupert Adams, a spokesman for bookmaker William Hill. “I think we will take the same amount as we’ve taken on royal betting in 30 years.” 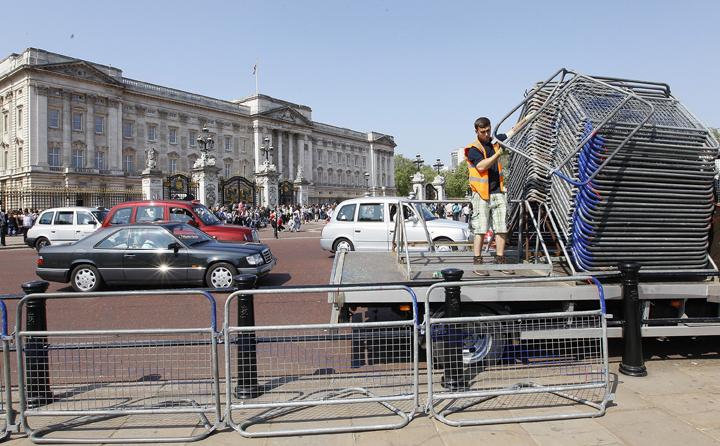 The betting industry can be difficult to forecast, in part because most gamblers place their bets in the 24 hours preceding the event, but British bookmakers say that they could see more than 1 million pounds ($1.6 million) worth of wagers on the royal wedding.

That’s small change compared to what’s bet on sports but a hefty sum by the standards of nearly everything else in Britain’s betting industry. For example, the figure is 10 times the amount typically staked on “The X Factor,” Britain’s most-watched TV talent show.

“As a nonsports event that will be second to only our pope-betting in 2005,” said Paddy Power spokesman Darren Haines, referring to the election that followed Pope John Paul II’s death in 2005.

Britons have been swapping bets on royal foibles for decades — many gambled on the name Diana would choose for her eldest son — but recent years have seen an expansion in the scope of the bets offered by mainstream bookmakers.

William Hill has bets out on whether Middleton will get a kiss on the cheek or on the lips when the couple appear at the Buckingham Palace balcony, whether her father will cry as he walks her down the aisle, and whether Prince Harry will catch her bouquet. Among the less likely bets: That the happy couple car’s will break down outside Westminster Abbey, that Middleton will jilt William at altar, or that Prince Harry will be too drunk to finish his speech.

That last option pays out 25 pounds for every pound wagered.

It all may sound a bit far-fetched. But in this country’s sometimes wacky betting industry, bookies accept wagers and set odds on whatever fanciful idea crops up in a gambler’s head — from predicting showbiz split-ups to the discovery of extraterrestrial life.