While North American pari-mutuel racing may be losing some revenue to betting exchanges, it is in a better position to address the issues associated with person-to-person wagering because of its regulatory structure, Abony said. With a bet exchange, players set their odds or choose available odds. A company provides the wagering mechanism and takes a percentage of each transaction.

"We think with the right partners here, exchange betting is an enormous opportunity," Abony said.

The international leader in the betting-exchange market is Great Britain-based Betfair, whose business has grown 100% in the last year, Abony said. The company handles 12,000 transactions per minute, he said.

Abony used the March 9 Louisiana Derby at Fair Grounds as an example. He said Betfair handled about $50,000 in person-to-person wagers on the race, while attheraces, a British account-wagering company that imports races from the United States, handled about $2,000 in pari-mutuel wagers on the event.

"The fact the United Kingdom or the United States got nothing from it is not the model for the future," Abony said. "For bookmakers, betting exchanges are as bad as weapons of mass destruction. They challenge businesses. The irony is the large (businesses) are hedging their bets and developing products on the side."

Betfair has worked out a deal to compensate the British racing industry, and during the recent Asian Racing Conference, one of its top officials indicated a willingness to comply with regulators. In the U.S., the subject has generated some discussion among racing officials, though the industry hasn’t taken an official position. 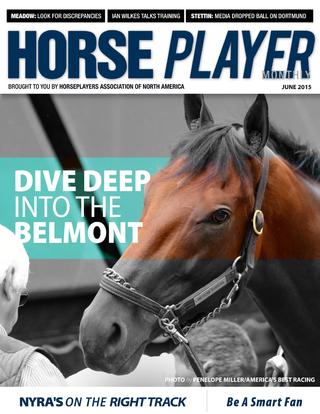