But the woman took off the great lid of the jar with her hands and scattered all these and her thought caused sorrow and mischief to men. Only Hope remained there in an unbreakable home within under the rim of the great jar and did not fly out at the door; for ere that, the lid of the jar stopped her, by the will of Aegis-holding Zeus who gathers the clouds. But the rest, countless plagues, wander amongst men; for earth is full of evils and the sea is full.

The fable of what became known as Pandora’s Box, rather than Pandora’s Jar (the original wording, per Hesiod, having changed in translation over the centuries), resonates more than ever today, in a world in which we want immediate answers before we even know what the right questions are to ask. The notion of unintended consequences is front and center as we learn more and more rapidly because of technology but spend less and less time contemplating what we’ve learned—also, in large part, because of technology.

The Supreme Court’s 6-3 decision last week that opened the door to legalizing gambling on sports in the United States will do a few things we already know. It will inject hundreds of millions of dollars into state coffers around the country, as legislatures and municipalities rapidly approve bills that will allow residents of their respective states to bet on, basically, anything—but, from now on, legally, with the states getting the lion’s share of the revenues.

The ruling will allow states to legally set up sports books, which will allow citizens of those states to make bets on games without having to drive to Las Vegas or call a 900 number on some island in the Atlantic.

Nineteen states, led by New Jersey—which set all this in motion when its citizens passed a nonbinding referendum in 2012 legalizing sports betting, and whose state legislature soon after codified that referendum into state law—had fought the federal government in court the last five years, and had lost almost every decision in the courts until last week. Those and other states are now scrambling to get sports books and casinos up and running as soon as possible.

“This is their new lottery ticket,” said Michele Roberts, the Executive Director of the National Basketball Players Association, in a phone interview Saturday.

The SCOTUS decision, striking down the Professional and Amateur Sports Protection Act (PASPA), enacted in 1992, will create a tsunami of interest in sports across the board going forward—collegiate and pro. Hardcore fans will now be able to put a bet on whether the next pitch will be a ball or a strike; whether the field goal will go wide left, wide right or down the middle; if the 50 percent foul shooter makes the next one or not. But, as is the case with March Madness and the NCAA Tournament, people in every office, car pool, dorm or church will be able to participate as well. Casual fans who don’t follow every drop of the puck or grind through 162 regular season baseball games will nonetheless tune in on their various devices to see the outcomes of innings, quarters, halves and periods.

We know that sports leagues and their television partners will, one way or another, be further enriched, with the attention already paid to their games and broadcasts almost certain to grow exponentially as more people place legal bets on the various outcomes. And more eyeballs viewing/consuming mean bigger ratings, more clicks and more advertising dollars.

And, we know Las Vegas, no matter which other municipalities get up to speed in the coming years, is going to remain front and center in setting the lines and odds and everything else that develops.

“We’ve been preparing for this decision for quite some time now,” said Jay Kornegay, the vice president of Race and Sports SuperBook at the Westgate Las Vegas Resort and Casino, the largest of its kind in the state.

“We’re not of the position that considered (the decision) a threat,” Kornegay said. “We’re in the boat of it being an opportunity. We’ve been preparing to expand our brand, the SuperBook, in other jurisdictions. How that will work will depend on the states and the specific regulations that will be set up.”

PASPA basically barred states from being able to legally accept wagers on sporting events; four states that had existing sports betting laws—Nevada, Oregon, Delaware and Montana—were grandfathered in and allowed to continue their programs. (Ironically, PASPA’s main sponsor in the U.S. Senate was Naismith Memorial Basketball Hall of Fame forward Bill Bradley, who authored the bill while serving as Senator from New Jersey.)

And, on the surface, who would have a problem with that?

Which is the problem with surface-based analyses.

What we don’t know about the potential impacts of the SCOTUS decision is what’s unnerving—for professional sports leagues including the NBA, but, potentially, for so many other people connected either directly or tangentially with sports at all levels.

There will certainly be unintended consequences of bringing gambling out into the open, with an impact that can’t possibly be imagined or prepared for at this juncture. You simply cannot introduce this much money into the system of sports this quickly—the sports betting industry in the United States, mostly in the shadows outside of the legal betting allowed in Nevada, is estimated to go through hundreds of millions of dollars annually—without the river of dollars cutting through places with which it shouldn’t connect.

“There are so many parts to this,” said Marc Ganis, the co-founder of SportsCorp, Ltd., a sports consulting firm that has assisted in the sale of NFL, NBA and Major League Baseball teams and the building of arenas and stadiums around the country for much of the last two decades, connecting prospective and current team owners to the leagues and to revenue sources that aid in the purchase of those teams and the building of their owners’ new palaces.

“Many important parts are being, if not ignored, treated way too casually,” Ganis said. “It’s an important decision and will result in meaningful changes—and not all of them will be positive.”

Chief among the many new concerns is, obviously, the threat of gambling and gamblers reaching teams and players—or, even more worrisome, the mere accusation of untoward behaviors by team employees. We all know the tinfoil crowd is already out there, especially this time of year, when some claim every playoff game is fixed, either through result or point spread, to benefit some shady entity.

“As the executive director of the players association, I’m supposed to be seeing this as how to monetize this for the benefit of the players,” Roberts said. “But there are so many other things that we have to anticipate addressing.”

The union anticipated a SCOTUS ruling that would allow gambling going forward when it negotiated the most recent Collective Bargaining Agreement with the NBA—and provide the players with a potential cut of the new revenues generated. Article VII, Section 1, (a) (1) (xiii) states players will receive their share of Basketball Related Income including: 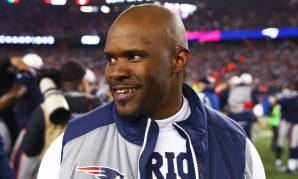 Yet how can leagues adequately prepare for not just the influx of money, but the enhanced scrutiny that will follow every moment of every game going forward?

Again: we’re not even talking about the potential incentives to actually play cute with point spreads and/or results of games. Point shaving scandals have roiled college basketball throughout the decades, from CCNY and Kentucky in the 1950s, to Boston College in the 1970s, to Arizona State to Tulane and Northwestern in the 1990s. 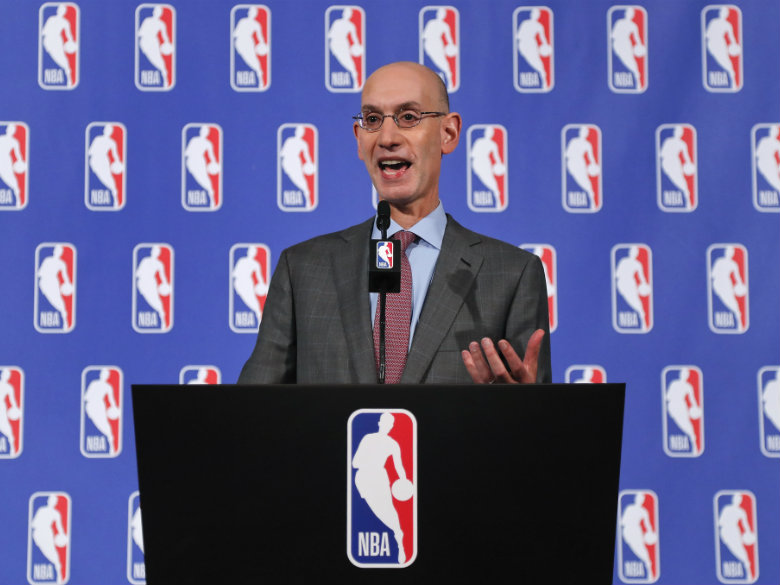 Soccer, which is bet on legally around the world, hasn’t fared all that well lately when it comes to keeping its sport out of the world spotlight for the wrong reasons. Ditto sports like cricket.

Just the appearance and/or accusation of same in our social media world today could be devastating; witness the corrosive effect of the claims of former NBA referee Tim Donaghy that NBA officials had been compromised.

At base, scrutiny of players, coaches and other team officials could well increase to a level we have yet to see.

“Are the unions and the players prepared for some privacy invasions, similar to what takes place to testing for performance enhancing drugs, but now related to integrity—which is a much less tangible matter?,” Ganis asked.

When you add up players, coaches and training staffs—who would have the kind of access on player injuries that could be enticing to those who are putting down bets—there could be up to “600 people right off the bat who have to be monitored on a regular basis,” Ganis said. “And they’re going to have to agree to this. The Players’ Association had to agree that their members had to have their blood drawn or to give urine samples to test for drugs. What about if you want to look at their e-mails or their bank accounts?”

For that matter, he asks, what about garbage time, after which the result of the game has long been decided. A player who drives to the hole to score what would normally be a meaningless layup at the buzzer could impact the spread—and would immediately fall under intense scrutiny.

Roberts sees an even bigger adjustment that will have to be made.

“I have no issue or any reason to believe players will need to or need to change their in-game conduct,” she said. “I think our guys love this game. I don’t have any worry that this is going to make players suddenly become cheaters. What I do worry about is the guy who says ‘ I feel a little sore today,’ and he really does, and someone saying to him from your environment that he’s trying to affect the betting environment.