SAN DIEGO – Fourteen men are charged in federal grand jury indictments with participating in a sophisticated bookmaking ring that used the Lucky Lady Casino and Card Room on El Cajon Boulevard as a legitimate front for the illicit operation.

More than 100 agents and detectives from the FBI, San Diego Police Department and IRS Criminal Investigation arrested 9 of the 14 defendants through coordinated actions in California, Nevada and Kentucky.

Three grand jury indictments were unsealed today. In the first, a dozen defendants are charged with various crimes, including Racketeering Conspiracy to Conduct Enterprise Affairs (RICO), running an Illegal Gambling Business and Transmission of Wagering Information.

According to that indictment, the lead defendant, Sanders Bruce Segal, and others were charged with operating “Segal’s Lucky Lady Sports Book” – an illegal enterprise that connected bookies, sub-bookies and significant bettors with sports gambling websites located outside the United States, some of which were owned and controlled by members of the enterprise.

According to the indictments, the Lucky Lady Card Room is a licensed gambling establishment offering tightly regulated card games. The Lucky Lady provided a legitimate front for illegal bookmaking operations principally led by Sanders Segal, with the coordination and help of Stanley Samuel Penn, the owner of the Lucky Lady. Sydney Bruce Segal, Sanders’ son, was the manager of the “cage” at the Lucky Lady, and used his position to commingle cash generated from the card room’s lawful gambling operation with the proceeds from the unlawful sports betting.

The Segals and Penn depended upon the collaboration of international businessmen, Petter Magnus Karlsson, Pablo Ballestro Frech, and David Greg Leppo, to provide an avenue for United States customers to illegally place bets on sports gambling websites. Karlsson financed Segal’s Lucky Lady Sports Book and partnered with Leppo, who owned and operated several sports gambling websites hosted outside the United States. Karlsson also employed Frech to, among other things, manage bets placed by and through Sanders Segal and his betting customers on sports gambling websites. Karlsson and Leppo met personally with Segal and others in order to transfer cash generated by their illegal bookmaking operation and to coordinate their enterprise.

Segal’s Lucky Lady Sports Book relied on a network of bookies, including Minh Triet Dinh Nguyen, Ken Pheng Keo, and Sanders Segal himself, who operated out of the Lucky Lady. Bookie Jason D. Taylor took high-stakes bets from Joseph Edward Spatafore, and mailed illegal bookmaking proceeds to and from Sanders Segal, who connected Spatafore and other select clients with the websites provided by Karlsson, Frech, Leppo and others. Spatafore, a high-stakes bettor, was permitted by the enterprise to collect and place bets for other bettors, and was sometimes granted direct access to the international gambling websites used by the enterprise.

According to the indictment, sub-bookies James Hang Tear and Jeffrey Alan Burke each managed a “package” of customer accounts, recruited customers, paid off winning bets, collected on losing bets, and delivered payments to their managing bookies.

Segal’s Lucky Lady Sports Book recruited customers in the Southern District of California and elsewhere, provided them with betting odds, took their bets, and placed them on sports gambling websites. Bets were placed on the websites either through the bookies’ accounts or, for significant customers, through individual accounts that allowed bettors to directly wager for themselves. The enterprise also used “runners” to transport profits and proceeds. The indictment further alleges that the enterprise generated almost a million dollars in illegal bookmaking proceeds.

“By grafting onto legitimate businesses, organized criminals and shady bookies have too long shielded themselves from law enforcement scrutiny and hidden huge illegal bookmaking profits,” said U.S. Attorney Laura Duffy. “These indictments demonstrate the Department’s commitment to stemming the influence of racketeering activity in San Diego.” 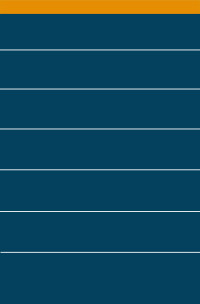 Counts 1-7: Travel Act / Phone or Internet Use in Aid of Racketeering Activities, in violation of Title 18, United States Code, Section 1952

The charges and allegations contained in an indictment or complaint are merely accusations, and the defendants are considered innocent unless and until proven guilty.

Fourteen men charged in illegal gambling operation based out of lucky lady casino and card room
Tagged on: based    charged    gambling    illegal    operation