Betting the money line is also referred to as a 1×2 wager in soccer. When you place this kind of a bet, your goal is to predict whether the match will end in a draw – and if not, which team will end up winning the game. Most sites use $100 as a basis for calculating your payouts. Negative money lines require you to pay more for a chance to win $100, while positive lines provide you with a chance to win the amount listed on the site by betting $100. Consider the following example:

In our scenario, Cardiff is the favorite – so you’ll have to pay $145 for a shot at winning $100. The draw is less likely, so if you bet $100 on this line, you’re going to win $240 if your prediction was right. Fulham is considered the underdog, so betting $100 on that team will result in a $400 payoff if your team actually manages to win the match.

Over/under bets are also known as totals, as your objective is to predict whether the score of both teams will be higher or lower than the total posted by your sports betting site. For example, if the total is set at 2.5, winning an over bet would require both team to score three goals or more. Conversely, winning an under bet would be possible only if the combined score of both team was 2, 1 or 0. Please note that unlike in other team-based sports, such as basketball, over/under bets in soccer aren’t really luck based and can actually become a great source of income with a proper handicapping effort. 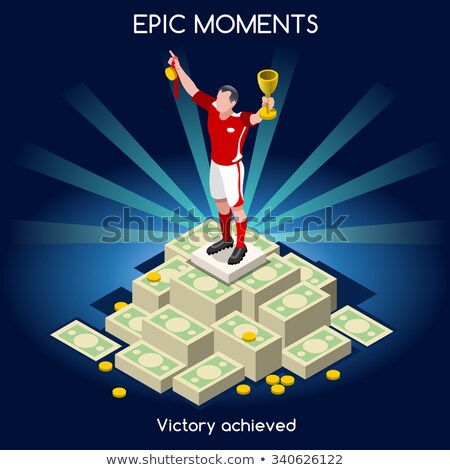 Parlays are often referred to as accumulators or multipliers, as they allow you to place a combination wager which is composed out of two or more straight bets. Basic parlays composed out of two and three selections are called doubles and trebles respectively. Keep in mind that placing a parlay is very different from placing each wager separately, as you have to be right on each of your predictions in order to receive a parlay payout. For example, if you place an accumulator bet composed out of four 1×2 wagers, but only three of your teams win, your money will simply stay with the site. As you’d expect, parlays pay better than other types of bets, which makes them best suited for veteran bettors and people who enjoy high-risk, high-reward action.

Unlike all the types of bets that were described above, soccer futures don’t really deal with specific matches. Instead, bettors have to wager on the outcome of entire tournaments before the season actually starts. Most sports betting sites allow you to put your money on one of the teams in Premier League, World Cup and European Championship, but as you’d expect the sites that cater to fans of regional leagues are more than likely to offer additional markets. The odds on soccer futures are almost always fantastic even on clear favorites due to the fact that bets of this kind require a long-term commitment. Quite obviously, predicting which team is going to win a high-profile tournament isn’t exactly easy, so in most cases you should expect at least 10:1 when betting on one of the favorites and about 500:1 or better when betting on the underdog. Please note that when soccer futures are offered for less popular leagues, the odds tend to be significantly lower, which is why most people prefer to wager on the outcome of major events.

Proposition bets or props are gimmick bets which are hard to classify into any broad category. In most cases, props have nothing to do with the outcome of a game – instead, they allow you to put your money on the performance of specific star players. Other popular props include predicting which team will be the first to score, whether a team will score a goal during the first half and so on. The possibilities are virtually endless, so it should come as no surprise that every major site offers unique props. If you enjoy placing wagers of this kind, you should definitely give the prop bet section a look before setting up your account.

How To Make Easy Money