“I’m not mad, I’m proud of ya. You took your first pinch like a man, and you learned the two most important things in life. You listenin’? Never rat on your friends, and ALWAYS keep your mouth shut.”

Those were the Goodfellas words spoken from Jimmy Conway to Henry Hill during his first “pinchin’.” In the movie, Hill got pinched for selling illegal cartons of cigarettes, but it made us think: What happens to an illegal sports bookie when he gets arrested?

We sat down and talked with former judge John Wilson of the Brooklyn and Bronx Criminal Courts to discuss his experiences with illegal bookies during his time as a lawyer and judge, and to see how law enforcement might proceed with illegal bookies now that sports gambling has been made legal.

Illegal Bookies Found Themselves in Court More Often in the 1980s-90s Then They Do Now. That Could Change As Number of Legal Sports Betting States Grows.

Wilson began his career as an assistant district attorney in the Bronx in the late 1980s, before becoming a criminal defense lawyer for 11 years. In 2004, he got elected to be a civil courts judge, and because of his experience with criminal law, Wilson was placed on the criminal bench serving in Brooklyn and the Bronx. He’s been around the legal system and collected a great amount of experiences during his time in law, and he has had his fair share of run-ins with illegal sports bookies during his tenure. (Disclosure: Wilson is the author’s uncle.)

As a young ADA, Wilson said gambling violations were much more prevalent then than they are now. He recalled that most violations he saw were from bookies “running numbers.” This deals with horse-racing trifectas, and it’s what people in the poorer neighborhoods bet on because they can’t afford to get to the track. The bookies or the number runners would have actual slips of papers of that people from these neighborhoods had bet on when they got arrested. 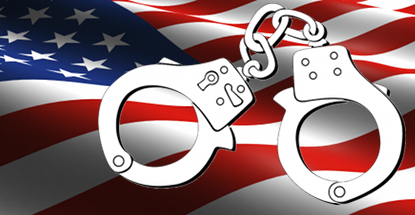 As a defense lawyer, Wilson saw raids on bookie joints, typically around the time of the Super Bowl. As a judge, though, Wilson doesn’t remember “seeing more than a handful” of sports gambling cases presented; there was a huge drop-off. Why? Wilson isn’t sure, but said that “a lot of it seemed to have died out, wasn’t pursued, or as popular as it used to be.” 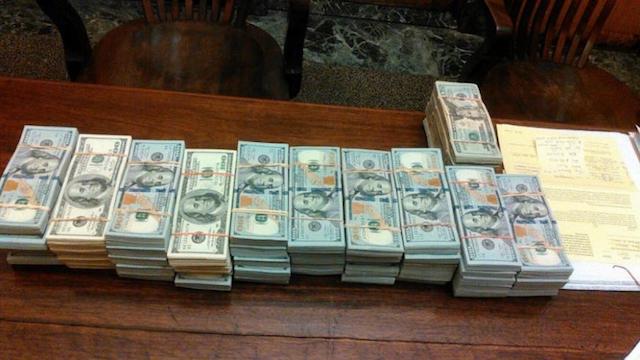 Wilson said, “gambling can be seen as a harmless vice. It wasn’t seriously considered, obviously it’s a crime and needs to be taken account for, but it wasn’t high on our list of crimes that we were dealing with in the criminal courts.”

Occasionally, Wilson would see people come through the criminal courts who were in charge of the entire bookie operation. These people were often charged with felonies and then moved to the state supreme court, but rarely received jail time. Most got probation, and the only real jail time these bookies saw was the time between arrest and hearing. Wilson pointed out that these top-level bookies often had mafia ties and that was usually the reason for their arrests.

At the State Level, Gambling Offenses Were for “Small Potatoes,” but at the Federal Level Such Offenses Often Deal With Sums of $50,000 or More.

Most often, the gambling offenses that Wilson was dealing with at the criminal court level were smaller amounts of money being gambled. He said that “they were number runners, small bookie joints, a neighborhood bookie place, a small storefront where they were taking bets on the numbers, on the horses, and taking bets on sports games. But it was relatively small potatoes.”

While Wilson worked at the state level, he followed federal cases and those “relatively small potatoes” he saw in criminal court were nothing on the money side compared to what the federal system handled.

Wilson said “federal authorities get involved with larger amounts of money being involved, with a limit of $50,000 or more. These are high, high end gambling operations. If you see the federal authorities get involved in anything, most recently it would be the international gambling operations where they are doing offshore through the computers because that’s millions of dollars. They do indict people, but more of their efforts are to seize the offshore accounts’ assets as opposed to arresting and jailing these bookies.”

Wilson went on to share this story about his father, who loved to play the horses,. Wilson said his father “would only bet through a bookie instead of the OTB (off track betting) because with OTB the minimum bet had to be either $5, or $2. But at the bookie you can bet as low as a dollar. So as long as the illegal bookie offers poor people an opportunity to place a bet at a low price, they’ll still exist. It just gives you a cheaper option.”

For many others, the draw of the local bookie is the ability to bet on credit, meaning you don’t have to put your money down in order to place the wager. Operators in legal markets will not be able to offer such an option.

Just Like the Possession of Marijuana Was a Felony, But Isn’t Now in Many Cases, So Gambling, Including Sports Betting, Are Considered Lesser Crimes.

As far as cracking down on illegal sports bookies, Wilson said “more efforts were devoted to sports gambling in the past, but this could have taken a turn as the drug war began to heat up. Now police devote next to no resources to sports gambling, as it is becoming more accepted and now, more legalized.”

This can also be seen in other areas of law enforcement as well. Wilson said he heard felony cases involving marijuana, but as pot has become legal in nine states and Washington, D.C. so far, the focus of the judicial system has shifted.

“Possession of marijuana used to be a felony, now it’s not even a violation in smaller quantities. There is not as much of a priority on this field, and the same thing is occurring with sportsbooks. As it’s legalized more and more, police are less and less interested with those cases. During my time in the legal system, it went from cases being brought in on a regular basis to almost non-existent.”