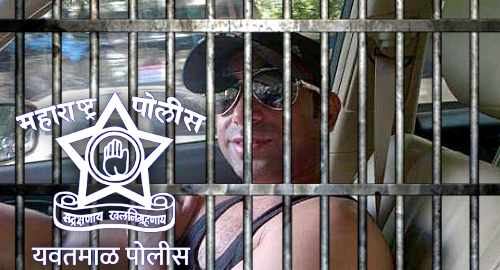 Authorities in India may charge a notorious illegal online sports betting operator with belonging to organized crime groups in what could prove a test case for future prosecutions.

Earlier this week, authorities in Thane, a district of the state of Maharashtra, arrested Sonu Yogendra Jalan, considered to be India’s biggest illegal cricket bookmaker. Jalan (pictured) is accused of providing online betting software to a ring of bookmakers that the authorities broke up two weeks ago,

On Thursday, the Times of India reported that the Thane authorities were contemplating charging Jalan under the Maharashtra Control of Organized Crime Act (MCOCA) 1999, which would be the first time the Act was applied to an illegal betting case.

Jalan has been arrested on multiple occasions since 2012, and a scan of the computers and phones seized in this month’s raids revealed that Jalan was in contact with over 100 illegal bookies. A senior police officer told the Times that invoking MCOCA was necessary to deal with “habitual offenders” like Jalan.

Jalan has been remanded to police custody until a court hearing on June 2. If the authorities invoke MCOCA, Jalan would be unable to post bail for a calendar year. If convicted under MCOCA, Jalan could serve a life sentence.

DNA India reported that Jalan’s software is known as ‘Bet and Take’ and has proven popular with illegal bookmakers both within India and abroad. Jalan’s own operations reportedly handle monthly wagers of Rs500m (US$7.4m) and police suggested handle may have soared to Rs10b during the recent Indian Premier League (IPL) cricket tournament.

Indian authorities are under pressure to do more to curb illegal cricket betting following a recent Al Jazeera exposé in which match-fixers discussed methods of tampering with the results of three Test matches involving India’s team.

Thane police are probing Jalan’s links to a Dubai-based betting and fixing ring run by Dawood Ibrahim, the head of the D-Company organized crime syndicate and one of the world’s most wanted criminals. Ibrahim has been linked to previous cricket-fixing episodes, and senior inspector Pradeep Sharma claimed police were investing Jalan’s “association and regular communication with the Dawood betting circuit in Dubai.”

For years now, India has been flirting with the idea of legalizing sports betting, but the country’s courts and legislators never seem to make any forward progress. Until then, illegal bookmakers will have to fill the void left by the government’s inaction.