MORE: Why legalized sports gambling is a win for millions of fans

Carlin said Rush Street Gaming “hasn’t made a decision” to launch sports betting under the current terms, although he didn’t rule out jumping into the market to keep a competitive advantage if others decide to pounce.

“There could be circumstances that we would get in, even if it means we aren’t going to make any money and possibly lose money,” Carlin said. “We are still assessing costs and making projections. We want to see the regulations are completed.”

Pennsylvania Gaming Control Board spokesperson Doug Harbach said that likely won’t happen until next month, at the earliest. Harbach said the agency has had conversations with potential sports gaming operators, although it’s too soon to conclude how many – or if any – will agree to the current fee and tax rates.

"This is free money for the states," said Weinstein, former assistant U.S. Attorney and a partner at Hinshaw & Culbertson. "Before Monday, they got no revenue from sports gambling. If nobody wants to come in and pay the tax rates the legislators set, they could say, 'Fine. You don't want to pay it. We will just run it ourselves.'"

While sports gaming is seen as the next frontier for many states to boost their coffers, those within the industry frequently point out that it’s a low-margin business.

The American Gaming Association, the lobbying arm for casinos, estimates that sports books in Nevada make about 5% after taxes and expenses. Some sports books – like William Hill, which operates more than 100 locations in the state – are more profitable, according to a study by Deutsche Bank released in March.

William Hill will run what is expected to be the first sports book to open in the post-PASPA era at the Monmouth Park Racetrack in Oceanport, N.J.

The company was founded by its namesake in Britain more than 80 years ago when sports betting was illegal in the UK, and the gaming giant came to the U.S. in 2012 waiting for what occurred in Washington on Monday.

“I think that was one of the reasons they bought my business,” said Joe Asher, who became CEO of William Hill U.S. after the acquisition of his Nevada gaming operation (Lucky’s Race & Sports Books) and two others six years ago.

“The idea was to buy these three sports books, combine them and make it into profitable business that would position itself to take advantage of the market when sports betting became legal in the U.S., whether that was 2013, 2015, 2018 or 2025. We didn’t know when it was going to happen, but we knew one day it would happen.”

Along with taxes, another complicating factor is a 1% integrity fee the sports leagues are seeking in many states. That would come out of the “handle,” the total amount taken in by a sports book for a bet — not on the revenues generated. No state has so far passed legislation that would include such a fee, although bills under consideration in Illinois, Kansas, Indiana and New York do include it. 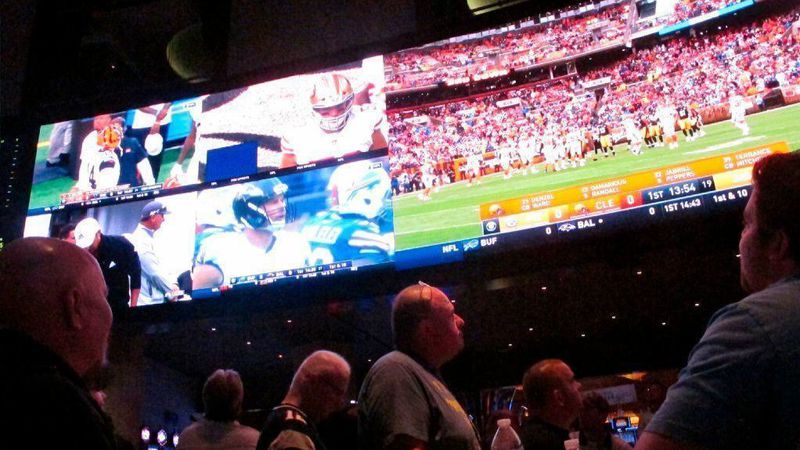 “I’ve been trying to get the word out because 1% seems like a nice, small number,” Asher said. “Really, that 1% would equate to about 20% of the revenues.”

The end result could be that states seeking higher taxes and agreeing to integrity fees could end up with the same tax revenue on sports gambling as they had before the Supreme Court ruled: None.