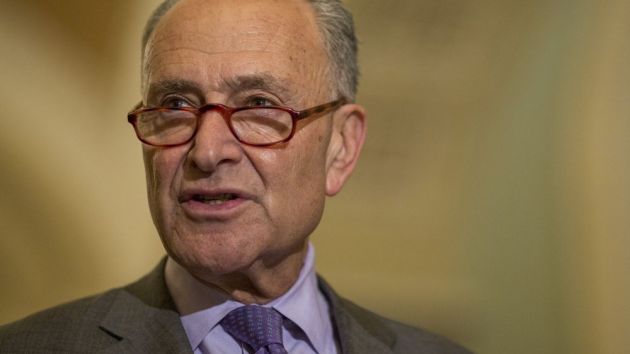 Several of the major sporting organisations in the United States have backed calls by Democratic Party senator Chuck Schumer for a federal outline on sports betting in the country.

Further agreement followed, with the National Football League (NFL) and the National Collegiate Athletic Association (NCAA) – both of whom campaigned for sports betting to remain outlawed – publishing their own joint statement.

Schumer is the second US politician to put forward such a proposal inside the last week. Republican Orrin Hatch spoke last week of the importance of “a set of fundamental, federal standards that will protect the integrity of the games, that will protect consumers and the sports wagering market.”

The combined MLB, NBA and PGA Tour statement explained: ‘As legalised sports betting spreads across the states, there is a need for consistent, nationwide integrity standards to safeguard the sports millions of fans love. We strongly support the legislative framework outlined by Senator Schumer and we encourage Congress to adopt it.’

‘Core federal standards are critical to safeguarding the sports we love, the millions of athletes across the country who play these games at all levels and our fans.’

Schumer’s reforms would see individual leagues provide official data and statistics to bookmakers, while also increasing the attention paid to betting activity in their sports. Schumer also spoke of the need for an age restriction on any betting, as well as a guarantee from companies that betting adverts would not target people beneath the 21-year-old age threshold he is looking to introduce.

He said: “The stakes are too high – legal sports betting laws must be crafted and executed in a careful and thoughtful way.

“The integrity of sports is too precious to not protect as best we can.”

The American Gaming Association, however, rejected the plans. Sara Slane, the body’s senior vice-president of public affairs, said: “The casino industry is working with stakeholders to ensure the proper protections for consumers, and the integrity of bets and sporting contests are included in state policy, universally implemented by all operators in those states, and overseen by effective state and tribal gaming regulators."

The debate comes three months after the US Supreme Court voted in favour of legalising sports betting in the country.

Justices in the nation’s highest federal court voted 6-3 to bring to an end a 1992 federal law – known as the Professional and Amateur Sports Protection Act (PASPA) – that prohibited sports betting in the vast majority of states, whilst also upholding a 1994 New Jersey state law that allowed the practice at casinos and horse racetracks for over 21-year-olds.

The NBA became the first US major sports league to take advantage of the federal law change, agreeing a US$25 million multi-year partnership with hospitality and entertainment giant MGM Resorts International, which has become the league’s official gaming partner.

Nfl, nba and mlb all back plans for federal betting framework – sportspro media
Tagged on: back    betting    federal    framework    plans