So you lost, but in losing, won.
That became a rallying point for the technology community—Ethereum and all the things that it inspired.

Was that an ah-ha moment for you about blockchain?
I came to it from the perspective of looking at the original promise of the internet, and the greatest thing about the internet was the fact that it was governed by open, decentralized protocols. And that was basically the case up until 2008 or so. Probably the smartphone was the point at which it flipped and the centralized services of Google, Apple, Facebook, and Amazon became so powerful.

Right. The Four Horsemen…
Until then, Mark Zuckerberg or Larry Page could put up a website and if more people came to that website, great. There was no worry that [big internet companies] would say, ‘hey, that website looks good to me, let me take 30 percent of it, or hey, let me change the rules.’ You just couldn’t because the fundamental architecture was decentralized.

Imagine the way a well-functioning city works. I spent a lot of time in New York, so I think of New York. You have the streets that are publicly owned and then you have this interaction between public and private ownership. You can start a restaurant that’s privately owned. But the private ownership of the restaurant depends on the public ownership of the streets because of the foot traffic.

Now that public-private balance is off?
Today the internet is much more like Disneyland. If I’m building a restaurant in Disneyland and Disneyland thinks I’m making too much money, they may raise the rent or change the rules.

That’s what building on Facebook or Google and Apple is right now. We live in this sort of Disneyland internet and I don’t think that’s good for a whole bunch of reasons. I just don’t think it’s as diverse and exciting and interesting and creative. I think it has destroyed the business models of creative people. If we don’t change that, we’re going to pay a significant price in entrepreneurship and foregone opportunities and not allowing the next Mark Zuckerberg, the next Larry Page, to start businesses and let them grow.

You need private and public. I’m not saying it all should be public because then you end up with another form of planned economy. But we’ve lost that balance today and there are only two ways I could imagine putting the genie back in the bottle. One is regulation. Now, my personal bias is not towards the regulatory. I’d rather see these problems solved through free market solutions, by offering better products.

And blockchain will bring those better products?
For me, the most interesting part of blockchain technology is that you can provide much richer and more advanced protocols. They have the best features of Web One in that they’re governed in a decentralized way, and in a way that the rules are fixed and people can build on them and invest in them and know that the rules won’t change. But they have more advanced functionality than protocols of the Web One era.

One way to think of a blockchain is as a community-owned database. In Web One, there were no databases. In computer science terminology, there’s no way to keep state. You just look at Ethereum today, you can store any arbitrary code, any arbitrary names, any arbitrary thing. It’s a very rich kind of database, and so you can build much more powerful services that also have those properties of Web One and Web Two. Some people call it Web Three. 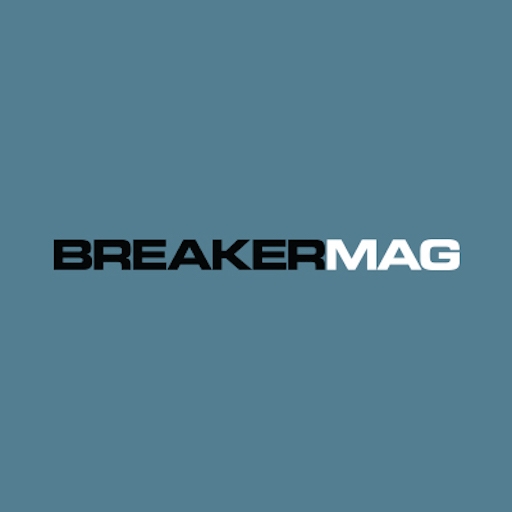 Well, the don’t be evil era has led to a lot of stuff that’s kind of evil in its way.
They are incredibly powerful, these networks—Facebook, Twitter, Amazon, Google, and so on. Trump attacked Google for its news rankings. This is going to be more and more like political flash-points. At some point people are going to really ask, who decides who gets de-platformed? Who gets demonetized? Like what are the rules? Did we as a society decide we want 10 product managers at a random company deciding on what’s real and fake news?

I don’t think that’s a good idea and, by the way, I don’t think these companies want to do that, either. And so, isn’t there a better way? That’s why, for example, in the crypto community there’s such an obsession with governance. Governance is: how do we not make that same mistake again? How do we make sure that we have new platforms where, instead of saying don’t be evil, you can’t be evil. It’s baked into the code. That would all sound like a utopian fantasy except once you do that, it also creates lots of economic incentives for entrepreneurs and investors to invest in those platforms.

Is that starting to happen?
I see five interesting entrepreneurial teams a week coming out of universities and tech companies who say they want to build something. The typical story goes like this: “I was a smart computer programmer in my random town in the Midwest. I read a bunch of books about innovation in Silicon Valley. I moved out here to work on that. I got a job at Facebook. I’ve spent the last years doing ad tweaking.” And they’re like, “This is not what I signed up for. But on the weekend I was hacking on Ethereum and this just feels cool and exciting. It’s slightly subversive.”

Blockchain is Silicon Valley raising the pirate flag again and doing something interesting and slightly dangerous and subversive.

Bitcoin is the one that doesn’t do that. That they don’t have a separate protocol spec. The protocol is the code which is controlled by a few people at one company, or mostly one company. Yeah, look it’s very possible that history will repeat itself. But at least we’ll get 10, 20 years.

Ethereum was a big turning point for you?
It’s a very interesting platform. It’s a full programming language. It looks very much like JavaScript. You can write ten lines of code and you’re already up and going.

Blockchain networks like Ethereum have a radical new business model. It is not to take some piece of the action or sell ads to generate revenue—it’s to issue coins or tokens and have the network hopefully grow in popularity. If the tokens are well designed, they will grow in value along with the network.

Mm-hmm.
That is a really beautiful business model. With every network in the history of technology, there’s always been a second phase where the network has internal battles. [For instance, Facebook vs. news publishers, who accuse Facebook of sucking up all their revenue.]

And it feels like a wasted thing because the network and its ecosystem have so many common interests. Like, why are you fighting each other? One of the many beautiful things about the token model is it potentially resolves that because contributors to the network own the network’s tokens, and they all benefit when the tokens appreciate.

Imagine if Twitter had been built through this sort of blockchain protocol. It could have been the micro-messaging protocol for everything [not just on Twitter itself], and Twitter could have had a model where Twitter and everyone using it just owned a bunch of the tokens. The more valuable everyone made Twitter, the more their tokens would be worth. It gives everyone the right incentives.


Most of us have probably heard of bitcoin and ethereum — but did you know there were 15 new cryptocurrencies launched this past month alone? How then do …
Why big time vc chris dixon is betting on a decentralized internet
Tagged on: betting    chris    dixon    time