The new film “(Dis)honesty — The Truth About Lies” includes a montage of denials of wrongdoing by Alex Rodriguez, Rafael Palmeiro and Lance Armstrong who, as it was later revealed, were all lying. The film uses clinical evidence to assert that human beings are characterized by the ability to cheat and feel good about themselves, and it offers explanations about why we do that.

Dan Ariely — a Professor of Psychology and Behavioral Economics at Duke University and the executive producer of the film — and former NBA official Tim Donaghy — who was sentenced to 15 months in federal prison after the 2007 NBA betting scandal — joined Bill Littlefield.

BL: Tim, I’m going to start by asking you about this human ability to cheat and feel good about oneself — that’s how Professor Ariely puts it in the film. When you were passing information to gamblers during your days as an official in the NBA, were you feeling good about yourself?

BL: Professor Ariely, does what Tim just said fit into your understanding of “the truth about lies?” 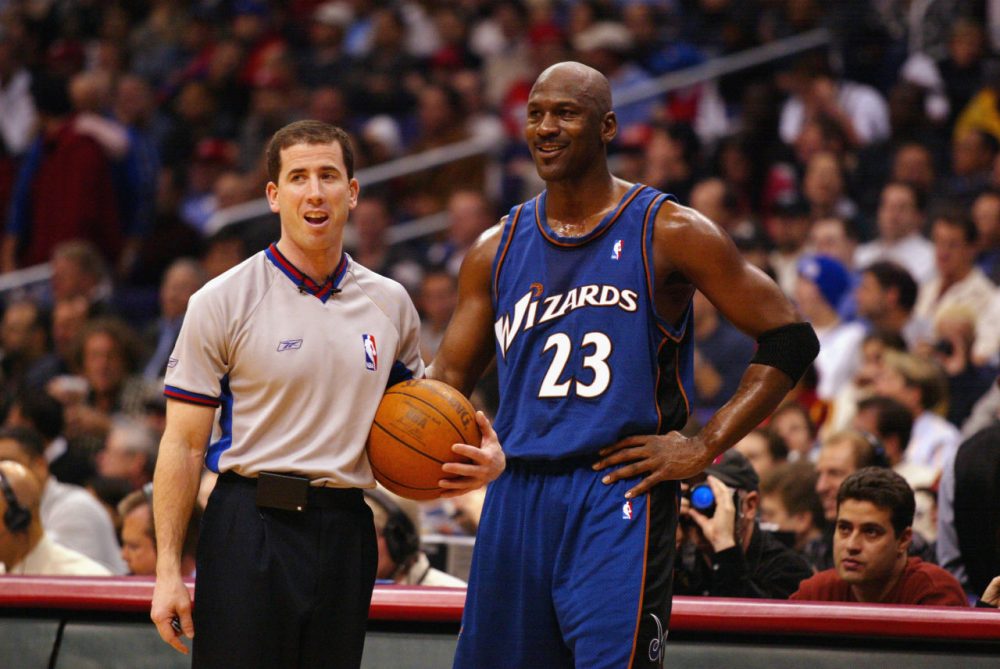 DA: Yes, and one of the things Tim described in the movie is the fact that when he moved from college basketball to professional basketball, the rules seem to have changed. All of a sudden it seemed less about basketball and more about entertainment. In fact, they wanted to create a game that gets more excitement, that had some kind of leeway for more famous players and so on. Now think about what happens when you come to a system and the system doesn’t behave well — what happens to your own morality?

And let me describe to you one experiment we were just doing. In this experiment, people have a six-sided die. And we pay them based on what the die comes up on. If it comes on five, you get $5, three, $3, and so on. And I tell you, "Look, you can get paid based on the top side or the bottom side. Top or bottom, you decide, but don’t tell me."

So you roll the die and you come up with two on the top and five on the bottom. Now if you decided bottom, you say bottom and you get $5, but if you decided top, now you have a dilemma. And when we get people to play this many, many times we find that people are extra lucky — basically people lie. And I think that’s basically what happened is when Tim moved to this new system, he felt this system was working on different rules. And all of a sudden it was easy to abandon everything he was taught about what being a referee in basketball actually means.

TD: When I talk about something like this I don’t ever want anyone to misinterpret the fact that I understand what I did was 100 percent wrong, but your discussion of that was 100 percent correct. I would be in situations where I would get information, and I would take that information, knowing that the outcome of the game was going to be influenced by that. And it was just very easy for me to pass along. And I crossed a line that I shouldn’t have been near.

"By the time that I wanted to hit the brakes and get out, I found myself in the back of the car with people associated with the Gambino crime family and there was no turning back."

DA: There’s one more thing I want to emphasize, though, is when Tim and many of the other people we talked to reflect back on what they were doing, everybody ask themselves, "How could I have done that?" But, you see, what is really hard to do is to put yourself back into the mindset of the moment. So you think about somebody like Lance Armstrong. When he had that interview with Oprah, she said, "Didn’t you feel in the moment that you were cheating?" And he said, "No." And he sounded like a psychopath when he was saying it, but the fact is that in the moment our ability to rationalize what we’re doing is so high, that we don’t pay attention.

BL: Tim, in the film you say that you had no direct contact with then-NBA Commissioner David Stern about giving star players preferential treatment when it came to calling fouls. But there were other channels by which you got that message. What were those channels?

TD: What they did was they had group supervisors that were responsible for 12 referees. We were put in groups, and they would tell you that LeBron James, Kobe Bryant, Shaquille O’Neal, when you call a foul on them make sure that it’s a very obvious foul that everybody in the building knows that they committed. And when they get to the point where they have two or three fouls — if you can — pass on that foul, because nobody comes and pays large amounts of money to see these guys sit on the bench. And in fact if there were two people on the play and Shaquille O’Neal and the lesser player was involved and you could give that foul to that other guy, that’s what they told you to do. It was the craft of NBA officiating.

BL: In the film, cyclist Joe Papp talks about using EPO in 2006 to boost his performance by, in his words, upwards of 12 to 13 percent. Papp made the choice to do that, obviously, but he said it was an easy choice because of the culture of cycling at the time.

"Everyone was complicit in it," Papp says in the film. "You all have a share and interest in keeping it quiet, and actually supporting one another in it."

BL: Professor Ariely, what does research say about Papp’s mindset at that time?

DA: So his story is fascinating because it’s truly a story of unraveling of one small act versus another. And then another and another and another. And the way he described it is that he went off cycling for a couple of years, he came back and he was as good as he was, but everybody else was faster. And he asked on of his friends, "What’s going on?" And his friend gave him an address. And he went to see a physician with a white coat and a stethoscope, and the physician wrote him a prescription for EPO. And he went to the pharmacy, and his insurance paid for the drug, and he only paid the co-payment. He said the first time he took the drug, he thought about it. But then he stopped thinking about it, and it just became a part of his routine. And then later on he found out that everybody else was doing it. They started doing it in public. Then they started adding more drugs to it.

The whole thing just became worse and worse and worse, and that’s something that we see all the time. And it’s a tremendous warning sign for all of us. Sometimes you look at big cheaters and you say, "How could these people get to this? I could have never done that!" But, when you look at the first step of what they do, which is what we try to do in the movie is say, "You know what? I could have done that."

BL: Tim, I’m curious about your take on that. Because the way it comes across in the movie, the theory is that in any moral conflict there’s a line. And looking back, you might see that you had crossed the line at some particular point. Is that the way you see what you did and what happened to you?

TD: Oh definitely, and to hear Dan talk about it, I get goosebumps that just go through my whole body because I definitely started to do things that I shouldn’t have done. And by the time that I wanted to hit the brakes and get out, I found myself in the back of a car with people associated with the Gambino crime family, and there was no turning back, so when he speaks of that I do get chills that go through my body thinking back to that moment. 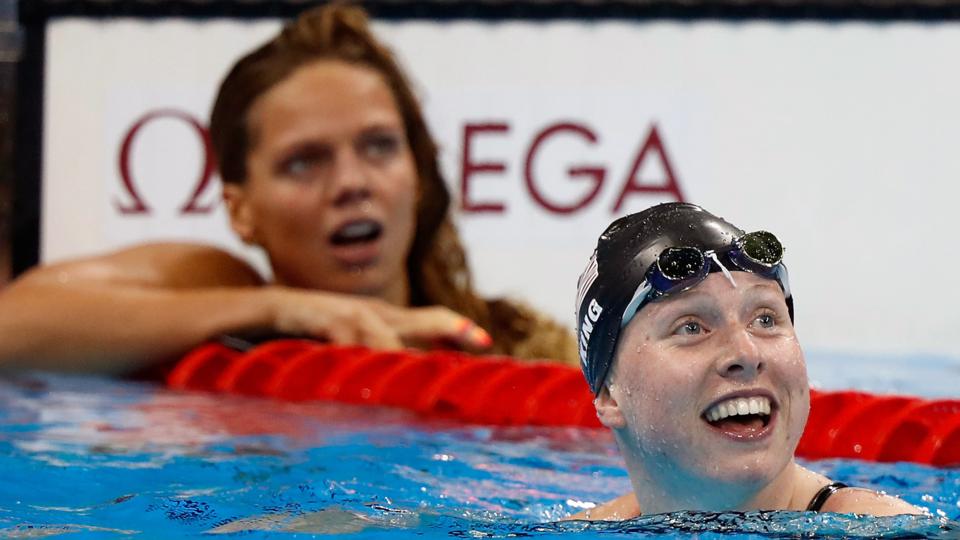 BL: Tim, your officiating career ended eight years ago. What are you up to now?

TD: Right now I actually manage a website called RefPicks.com, which just allows somebody who is placing bets to have a little bit of an inside edge on what’s going on. My profession now was not my first choice but because of the poor choices that I had made in the past it made it difficult for me to come back and rebound and find another career because of the extent of my story being in the news and the label that I had of being a disgrace to NBA basketball and referees. So I just want everybody to know that it definitely was not my first choice, but it was something that enabled me to provide something for my four daughters. So that’s why I got into it, and it became so successful so quick that it was something that I almost felt like I had to do.

Bill’s Thoughts On "(Dis)honesty — The Truth About Lies"

I’m glad a former athlete and a former basketball official figured in "(Dis)Honesty — The Truth About Lies." Otherwise it would have been a stretch to work this terrific documentary into Only A Game.

Because the movie isn’t about sports. It’s about Professor Dan Ariely’s discoveries regarding human nature, and particularly about our inclination to lie under all sorts of circumstances for all sorts of reasons.

Professor Ariely, who teaches at Duke University, is an extraordinarily great storyteller, and his material is fascinating. We pretty much limited the discussion of his work to sports-related matters, but some of the most surprising material in the film has to do with all of us, rather than only with those of us involved in games other than chicanery, fudging, misdirecting, and outright lying.

See it if you can. 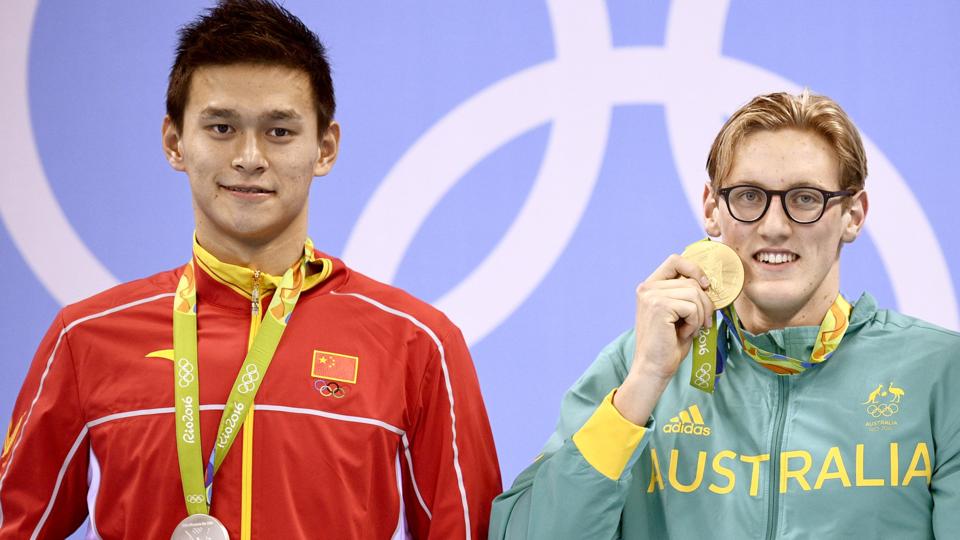