“People ask me what I do in winter when there’s no baseball. I’ll tell you what I do. I stare out the window and wait for spring.” — Rogers Hornsby

The long winter of discontent is finally over. Spring is in the air and with it returns arguably the most profitable sport for sharp bettors: baseball.

Unlike football and basketball where the majority of bets are based on the point spread, baseball is a moneyline sport. This means that bettors only need to pick who wins the game, not who covers. Another advantage to betting baseball is the long, drawn out schedule. With so many games played every single day (2,430 regular season games total), wiseguys are provided seemingly endless opportunities to maximize their edge. 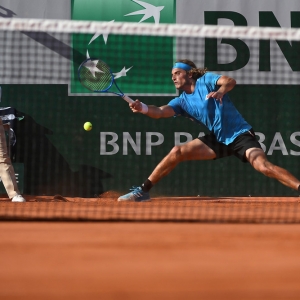 Without further ado, here are ten easy tips to help ensure you turn a profit this MLB season.

Oddsmakers know that recreational bettors love betting favorites. As a result, they’ll capitalize on public bias and shade their lines accordingly. This means that popular teams like the Red Sox, Yankees, Cubs and Dodgers will always be overpriced because Average Joes will bet on them regardless of whether they’re -150, -180 or -200.

Using our Bet Labs software, we found that favorites -150 or more have gone 6819-3954 (63.3%) since 2005. On the surface that record seems impressive. However, because you’re always laying a huge minus number, you actually end up in the red (-187.34 units). When a favorite wins, your payout is small. But when they lose, you get crushed. Simply put, the juice isn’t worth the squeeze.

In order to make money betting football and basketball, bettors must win 52.4% of the time (assuming -110 juice) in order to break even. However, if MLB bettors avoid big favorites and consistently take plus-money dogs (+120, +150, +170) they can win at a sub-50% clip but still finish the year with positive units won. When dogs lose, you only lose what you risked. But when they win, you enjoy valuable plus-money payouts.

3. Bet Against the Public

For years, we’ve detailed the value of betting against the public. We like to go contrarian because, more often than not, the public loses. The Average Joe bets based on his gut instinct. He always wants to bet favorites, home teams, popular franchises and teams with star players. He’s also a victim of recency bias. If a team looked great last game, he’ll bet it. If it looked awful, he’ll fade it. By going contrarian, we are able to capitalize on public bias and take advantage of artificially inflated numbers. As an added bonus, we also place ourselves on the side of the books. We all know the house always wins.

Our Sports Insights MLB Contrarian plays, which predominantly focus on dogs getting less than 40% of moneyline bets in the most heavily bet games of the night, have gone 1951-2515 (43.7%) since 2007. Again, a losing record, but because of the plus money payouts, they’ve produced +158.2 units won.

Baseball isn’t just about taking plus money dogs and blindly going contrarian. You also want to be on the sharp side of every game (with the professional bettors who have a long track record of success). One of the best ways to locate sharp action is to follow Reverse Line Movement (RLM): when the betting line moves in the opposite direction of the betting percentages.

For example: say the Cubs open -150 against the Brewers (+130). Chicago is getting 75% of moneyline bets, but you see the Cubs fall from -150 to -135, while the Brewers move from +130 to +115. Why would the books drop the line to give public Cubs bettors a better number? Because sharp action came in on the Brewers. Even though Milwaukee is only getting 25% of bets, the line moved in their favor.

Because teams within the division play each other 19 times per year, it breeds familiarity and levels the playing field, which inevitably benefits the dog. Since 2005, dogs in divisional games (think Red Sox vs Yankees) have produced +83.72 units, while dogs outside the division have lost an astounding -574.62 units.

Divisional dogs perform even better if we layer in two more filters. First, road teams (the public overvalues home-field advantage, creating inflated value on visitors). Second, a high total (8.5 or more). With more runs expected to be scored, it leads to more variance, aiding the underdog. This system has produced an incredible +177.73 units since 2005.

If we go one step further and layer in contrarian value (teams less than 30% in heavily bet games) as well as reverse line movement (sharp action), the win rate increases from 43.7% to 45.9% and the ROI (return on investment) increases from 3.1% to 10.8%.

We wouldn’t recommend placing a wager solely based on an umpire, however it is important to know who’s behind the plate so bettors can exploit pronounced tendencies. In the end, umpires are human. Some cave under pressure and are influenced by the crowd, which benefits home teams. Some thrive off the hate of the crowd, benefiting road teams. Some have a tight strike zone, which leads to more walks, runs scored and benefits overs. Some have big strike zones, leading to more strikeouts and batted balls in play, which benefits unders.

8. Shop for the Best Line and Use Reduced Juice Sportsbooks

One of the biggest mistakes new bettors make is betting through only one sportsbook. This is a bad idea because it forces bettors to play whatever number their book is offering. Instead, we suggest opening multiple accounts at several different sportsbooks so you can shop for the best line.

For example, say you want to bet the Kansas City Royals. Your book is posting Royals +130, but another offshore book is posting +135. By having access to more than one book, you just got an additional 5 cents for free. It may not seem like a big deal, but in the long run it can make a world of difference, leading to increased payouts and diminished losses.

We would also recommend opening an account at a book that offers reduced juice (-105 or -107 instead of the standard -110). This allows bettors to increase their units won without having to increase their winning percentage.

One of the biggest keys to being a successful long-term bettor is remaining disciplined and limiting your plays to the most valuable games of the day. However, baseball is one of the few sports where volume betting leads to increased profits.

If you have a betting system that has an ROI of 2%, it’s reasonable to expect that you will make around 486 bets on MLB and 51 bets on the NFL (we chose these numbers by taking 20% of each sport’s total regular-season games played: 256 in NFL, 2,430 in MLB). 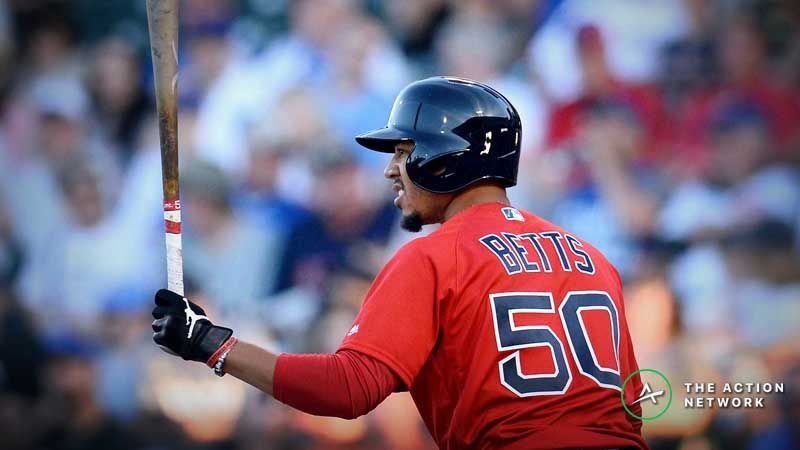 Money management is one of the most critical factors to long-term success. At Sports Insights, we encourage our members to employ a flat-betting approach: every play is the same, always risk one unit (1u) per play. We also recommend betting between 1% to 5% of your bankroll per play. If you want to be conservative: 1% or 2%. If you want to be a little more aggressive: 4% to 5%. A good medium is 3%. This means that if you start with a bankroll of $100 you are betting $3 per game. There will always be ups and downs, but if you remain disciplined in your bankroll management, it will keep you from losing big when you have a rough stretch but also set you up for a positive ROI over the long haul.

We also recommend avoiding parlays and teasers. Public bettors get seduced by the massive payouts and love the idea of turning $5 into $100. However, the truth is that the books make a killing off parlays and teasers. And for every tweet you see about an Average Joe winning a “killer 10-team parlay” it’s likely that he lost 20 previous parlays before hitting that one big payday. We would recommend sticking to individual game bets. It’s hard enough to win one wager. If you layer on more games to a bet, all you’re doing is adding risk and limiting your chances of winning.