Gloomy predictions about the demise of the UK horseracing industry are nothing new for betting stalwarts, for obvious reasons. Back in the eighties, racing accounted for around 85% of betting revenues compared to less than a third today. When asked about the importance of horseracing, William Hill told EGR there can be “no doubt that turnover is declining and significantly so”.

But scrolling through the EGR archives in recent months, a somewhat different story becomes apparent, one of renewed investment in horseracing, particularly from up-and-coming firms. Betsson last year spent €40m on racing operator RaceBets to acquire the knowledge and trading expertise needed to launch a Betsson racing product. Then-CEO Ulrik Bengtsson said at the time: “The UK is the largest gambling market in Europe, and if you want to be a strong competitor there, horseracing is an essential part of a competitive sportsbook”.

It seems it’s a view shared by just about everyone else trying to crack the UK market too. Betting exchange Smarkets recently signed a multi-million pound deal to sponsor 35 Jockey Club horseracing fixtures in 2018, covering 240 separate races. Rival exchange Matchbook also sees horseracing as the route to success in the UK market, saying recently its product wasn’t strong enough to attract a full share of punters’ wallets until it had achieved horseracing parity.

Meanwhile, major horseracing sponsorships are now the central pillar of Betway’s aggressive plan to crack the UK, with the firm recently reporting it was profitable in 2017 on the back of that investment. As William Hill’s Rupert Adams tells EGR: “By sponsoring big races you are announcing your credentials as a serious player in the market.”

On such fine margins

The recent figures from the UK Gambling Commission seem to back up that opinion. In the year to March 2017, horseracing revenues were up 9% on the back of a 10.9% rise in turnover with margins broadly stable at around 6.5%.

It was also by some distance the second largest betting sport in the period, responsible for £373m of the £1.3bn in sports betting revenues or around 29%. Eilers & Krejcik Gaming analyst Alun Bowden notes: “This was somewhat surprising bearing in mind the aggressive offers and pricing we’ve seen around the sport, and the increased costs of operation, but suggests a more healthy future for racing than some doomsayers in the industry would lead you to believe. To suggest the industry could easily replace or do without this seems somewhat disingenuous.”

Elsewhere Oddschecker noted that in the second half of 2017, horseracing bet clicks were up 25% YoY and up 55% from the same period in 2015. The numbers are of course a little more volatile than other sports, with margin, and therefore revenues, hugely affected by results and Cheltenham in particular.

“Other sports have made great leaps in data, while horseracing has basically stayed where it was” – Simon Rowlands

Hills’ Adams notes: “The Festival meeting in 2017 was better than 2016 so a 1% increase in our revenues year-on-year was nice to see, but it will only be sustained in 2018 if the Festival is similarly favourable.”

The 2016 Festival of course saw bookmakers lose around £60m, with a string of favourites delivering for punters. The damage could have been even worse had Annie Power not fallen at the last in the Mares’ Hurdle.

Bede Gaming chairman Joe Saumarez Smith said of the race: “I’ve talked to enough chief executives and heads of trading about that race who shake their heads and say something along the lines of “I wouldn’t be in this job if Annie had won” to know how much of a swing that result was. Far, far worse than was ever publicly stated.”

That one mistimed leap could have such an impact on jobs and stock prices should tell you the folly in predicting the future of horseracing, but there are several signs suggesting that 2018 could see racing continue to enjoy its recent upswing.

The first tailwind is the introduction of the reformed racing Levy, imposing the 10% tax on profits on all operators taking bets from UK customers for the first time. The reformed Levy is expected to return around £100m to horseracing this year, up from around £60m two years ago.

Simon Rowlands, the head of the Horseracing Bettors Forum (HBF), said racing would be well served to use some of that extra cash to invest in collecting and distributing more precise data to bookmakers and punters alike.

“2018 promises to be the year we get a much wider spread of sectional timing which is available in just about every other major jurisdiction,” he says. “Things like that will make British racing competitive on the global market. Other sports have made great leaps in data, while horseracing has basically stayed where it was.” 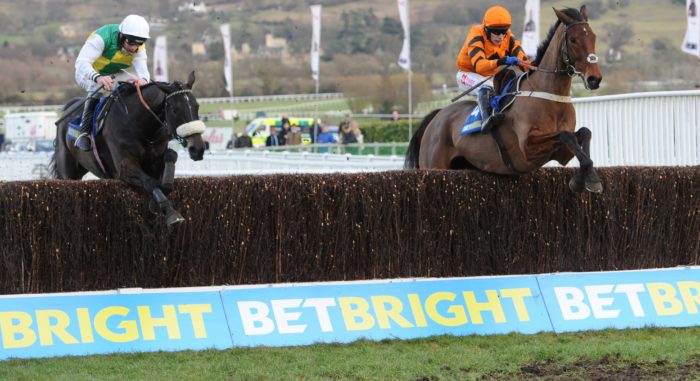 In-play betting in particular could become much more widespread if bookmakers get hold of that sectional data, as well as information like how fast a horse is travelling, and how much ground it has covered so far in the race. A small number of firms like bet365 already offer in-play racing betting, but that could take off once more precise data is available.

“To have dynamic betting on a two-mile hurdle at Newton Abbot where you can cash out, back the leader, that’s a very exciting development,” says Rowlands. “I understand from my conversations with bookmakers that a lot more of them will feel confident in offering that if they have sectional timings.”

Given that in-play wagering makes up 72% of bet365’s total sports revenues, there is undoubtedly some material upside to be had here.

Another easy win for racing is the schedule. Rowlands calls for the BHA to come up with a more creative schedule that spreads racing out from 11 in the morning to nine at night, but with fewer clashes throughout the day. It means bookmakers still have the coverage they want, but fewer races allows for bigger and better fields with better prize money. The growing appetite for international racing likewise means bookmakers have the chance to create a truly 24/7 product. Adams at William Hill says racing could further help bookmakers by making all racing free to air.

“It’s accepted that 13-30 year olds aren’t into racing and it makes sense in a way,” Adams says. “Currently, we aren’t expecting them to convince their parents to spend their wages on a UK racing subscription to watch the best racing – that seems unlikely to happen.”

Jump in the pool

Another area with prospect for improvement is the tote. From July 2018 the main consortium of 54+ British racetracks will launch their own tote service powered by pool betting operator Colossus Bets. The switch can’t come soon enough for many in racing, with BetVictor’s Eoin Ryan symptomatic of the general opinion when calling the tote “stagnant” and “in desperate need of a shot in the arm”.

“I don’t think it is controversial to say that pool betting on racing is in need of modernisation,” Colossus CEO Bernard Marantelli tells EGR.

“Every aspect of what we are building in partnership with the consortium of British racecourses is being done with that in mind. We’ll be announcing the bet types shortly, but they will all come with Colossus features of life-changing guarantees, leg-by-leg cash-out and crowdfunded Syndicates. We will also provide the best free-to-play entry point into any racing product, an area on which multiple operators are now focusing.”

Given the popularity of cash-out and free-to-play prediction games like Sporting Life’s Pick 7, it’s easy to see a major uplift for the tote coming in the near future, both online and on-course. A thriving and liquid tote also helps lower the barriers to entry for smaller operators looking to offer horseracing. A new firm like Mustardbet, for instance, which prides itself on its football and golf models, doesn’t currently offer any racing for fear of being taken to the cleaners. Integrating a thriving tote offering into the site is a simple solution that benefits the operator, racing and helps bring new customers into the sport.

Of course horseracing also faces some immediate challenges, particularly with the expected uptick in the Levy far from the certainty it appeared when the new structure was first announced. For starters, FOBT stakes look highly likely to be restricted to £2 at the time of writing, which could have a major trickle down impact on racing. According to bookmakers at least.

Ladbrokes Coral CEO Jim Mullen says: “The industry has always made it clear that a cut to stakes will have serious consequences – resulting in shop closures which will ultimately affect jobs, tax revenue and the funding of racing. There is also no evidence that machine customers will switch their spend to sports betting such as horseracing, and our experience is that they won’t. Any policy made on this assumption would result in a significant reduction in the level of funding for horseracing.”

And the attack on FOBTs isn’t the only ongoing assault on bookmakers that could have a trickle down effect on racing. Operators are facing growing calls, including a hearing in Parliament, for fewer accounts to be restricted and for firms to lay all bets on major UK races to win at least £500.

There are compelling arguments on both sides of the minimum bet liability (MBL) debate. Sky Bet CEO Richard Flint said at the hearing such a measure would make racing and the vast majority of customers “poorer in every sense”. Specifically Flint said the firm would give less to the Levy as its net racing profit would be diminished by shrewd customers. Flint said the firm would also offer fewer concessions like Best Odds Guaranteed, which currently help cross-sell football customers into racing.

Back on the horse: what next for horseracing betting?
Tagged on: back    betting    horse    horseracing