England’s World Cup warm up begins in earnest with an international friendly against Nigeria at Wembley. 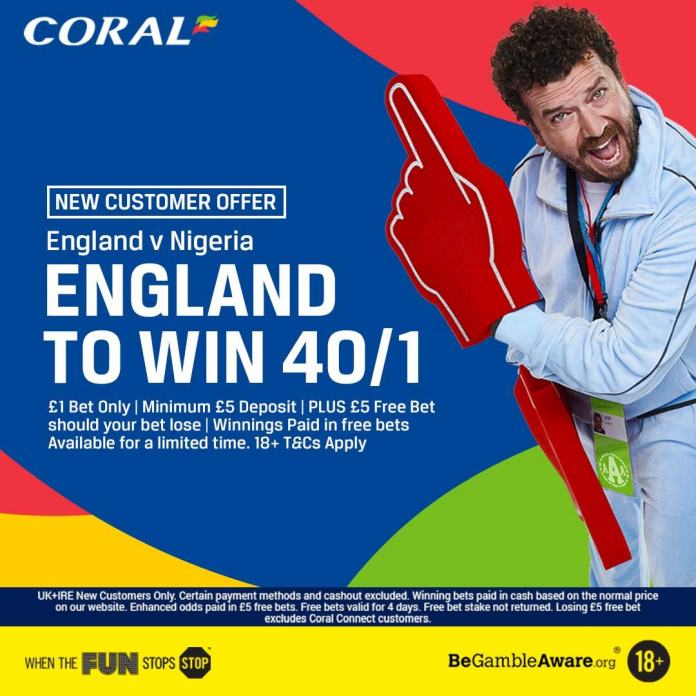 The bookmakers expect a routine win for Gareth Southgate’s men with Coral going 2/5 (1.40) about the home win in their match odds market.

While such a short quote is fully justified, it’s unlikely to prove an attractive wager for punters wanting to get involved in Saturday’s clash.

Anyone yet to sign up for a Coral account though, can take a massive enhanced price of 40/1 (41.0) on England to beat Nigeria. £1 bet only. Winnings paid in free bets. T&Cs apply. 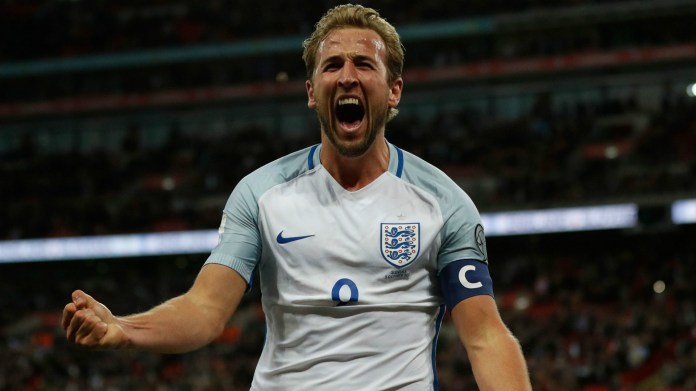 What’s more, should the favourites fail to come out on top, anyone taking up this offer will be credited with a £5 free bet.

England are unbeaten at Wembley since March 2016 and have held their own against some top-class opposition in recent friendlies. Draws with Germany, Brazil and Italy showed that Southgate’s men are a tough task on home soil and Nigeria may struggle to make a breakthrough.

The Three Lions have conceded just four goals in their nine home games since Euro 2016 and two of those came in a 2-2 draw with Spain back in November 2016. 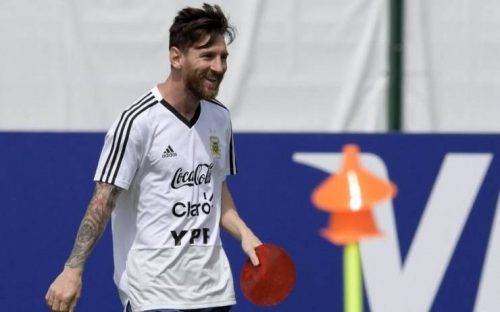 Having secured their spot in Russia on the back of a staunch defence, England can be trusted to keep it tight once more and there are plenty of attacking options to call upon too.

Harry Kane has seven goals in his last six international games and will be looking to continue his prolific form. 30 Premier League goals was a career best for the Tottenham frontman and having been named captain ahead of the World Cup, Kane will be highly motivated to demonstrate how effective he can be in the final third.

Jamie Vardy and Raheem Sterling have both had impressive seasons for their clubs and should provide a stern test to a visiting side that have kept just two clean sheets in their last seven matches in all competitions.

While the Super Eagles do a talented squad, England’s home form is impressive and backing another victory at 40/1 (41.0) with Coral’s new customer offer is sure to prove popular with punters.