Sometimes those wins come at the expense of behemoth operations that oversee billions of dollars changing hands on an annual basis, but some of that comes from people who spend more than just college football Saturday camped out underneath the dozens of screens at casinos in Nevada, Jersey, or any number of places where this activity is now sanctioned. “Action” doesn’t put a glossy sheen over the underground elements of gambling either. In the opening half of the series, most of the direct anecdotes from the non-licensed corner of this market are confined to a single illegal bookmaker whose face and voice are shrouded. There’s an acknowledgment that violence is a real threat that some of these people risk. 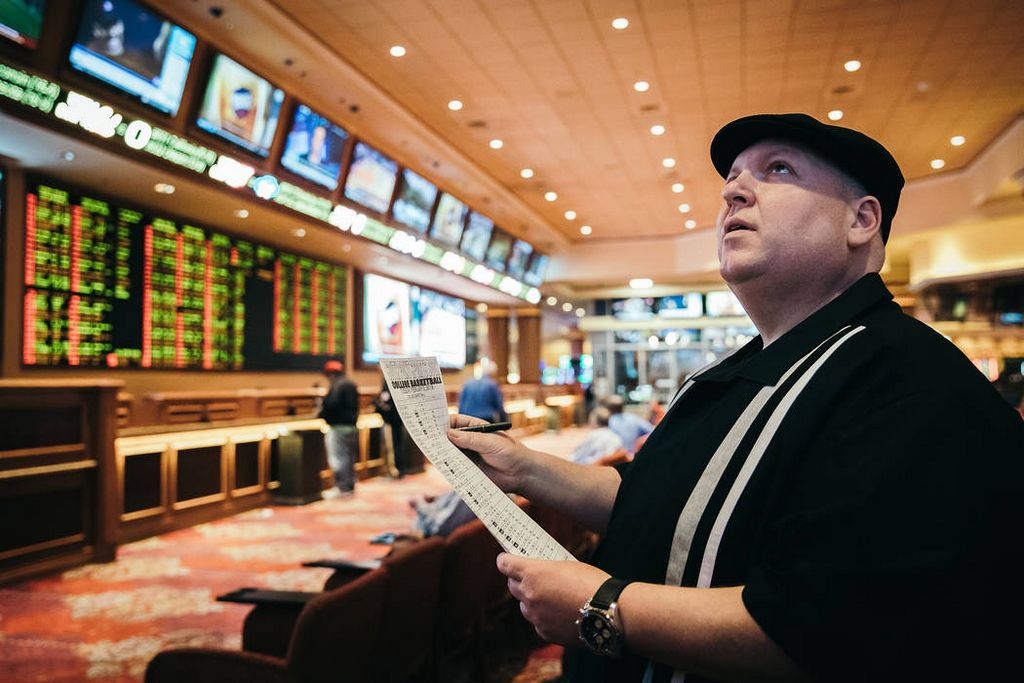 Another quintessential American element baked into this entire gambling structure is one of controlling narratives. If certain people can tout payouts and winning percentages as high as 70 percent when the acknowledged reputable ceiling of the best handicappers is in the high-50s range, sometimes desire can trump the harsh reality in this massive numbers game. Whether it’s examples like Stewart’s or legendary announcer Brent Musburger — who after years of winking nods to gambling lines during football games has now become a full-on gambling commentator — betting has now become another gamified commodity amped by a new generation of Snapchat missives and live webcasts.

And there’s always the specter of the manipulative practices of the NCAA, who continue to rail against attacks on “amateurism” when the exploits of players in their teens and early 20s have generated a money-printing empire from which many participants will see nary a dime.

Read More: How Showtime Made a Secret Documentary About the New York Times’ Big Story on Trump’s Tax Evasion

Occasional montages of people at sports books end up being some of the most illustrative sequences in these episodes. Just seeing the agony of defeat and the momentary high of a bet gone right are the simplest examples of both ends of this gambling spectrum. Korem is effective at leaving it to the editing to make points that the established sports documentary structure doesn’t always leave room for. Cutting from a sparse Nevada apartment to a luxury penthouse says just as much about the respective approaches of either of the two men being profiled as anything they can say themselves.

Neither a proselytizing exercise for any one sports league or a harbinger of doom for the industry overall, “Action” is more of an accounting of where things stand at the precipice of a major change. It’s also a case study in perspective: Gambling inherently brings with it a rise and fall. One person’s iniquity might be another person’s reason for being in the business in the first place. But that risk/reward divide means so much more when someone’s entire livelihood can be on the line. Like gambling experts refuting those insanely high promised win totals, “Action” is a reminder that the margin between success and failure, like so many other areas in this country in 2019, is slimmer than a lot of people care to pretend it is.


Take a behind the scenes look at ACTION. Directed by Luke Korem, ACTION explores the legalization of sports gambling and its evolving impact on the industry …
Action review: showtime doc series looks at sports gambling
Tagged on: action    looks    review    series    showtime