Furious football fans were today threatening to boycott bookmakers Coral – for refusing to pay out on a punter’s 485/1 winning bet.

Chris Fear was delighted when his £1 bet came in on Saturday after his beloved Bristol Rovers’ 3-0 away win against Fleetwood.

He had placed a £1 bet that Rovers would win by that margin with midfielder Jonjo O’Toole scoring at anytime during the match – with Coral giving odds of 485/1. 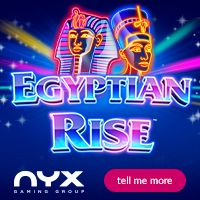 Chris Fear, 33, outside the Coral betting shop which is refusing to pay out on his 485/1 winning bet

But the bookie refusing to honour its end of the deal when the bricklayer, 33, went into the Coral in the Fishponds, Bristol, to collect his winnings.

The betting giant – which turned over more than £1.1 billion last year – said they don’t do ‘anytime scorecasts’ and the bet was taken in error.

Father-of-two Chris, from Kingswood, Bristol, said: “He gave the odds and took the bet but when I went to collect they said it was a human error on their behalf and wouldn’t honour it.

“The bet was an ‘anytime scorecast’ but they now say they don’t do it and that it was a busy betting shop so they can’t expect all their staff to know all the rules.

“I was sat listening to the match on the radio and I was absolutely ecstatic when they scored their third goal and the odds came in.

Football fans from all clubs have hit out at the decision not to honour the bet with supporters on Twitter saying they will boycott the bookie unless they pay out.

A number of supporters have started using the #boycottcoral hashtag to protest the bookies’ decision.

Chris added: “Everyone thinks it is a disgrace and they are all supporting me.”