His bill is co-sponsored by six other council members and has the support of the mayor. There was a public hearing on Wednesday. Evans says even without casinos in D.C., he is banking on online gambling as well as alternative brick-and-mortar options.

Virginia may be close behind. Del. Marcus Simon (D-Falls Church) tells FOX 5 he is working on legislation that he will introduce during the next session of the General Assembly, which starts in January. He says if his bill passes, Virginia would see legal sports gambling by July 2019.

“I think there will be some appetite for this,” Simon said Thursday. “I think there is certainly a revenue opportunity in Virginia. We already see a lot of our residents’ dollars go across the river to the MGM casino and we lose out on a lot of opportunities to capture some of that revenue.”

While there are no casinos in Virginia either, Simon believes there are other opportunities for a sportsbook.

“I think you can probably find a way to combine sportsbooks with the existing horse racing and off-track betting that exists,” he said. “And there is probably a way to facilitate online sports gaming as well.” 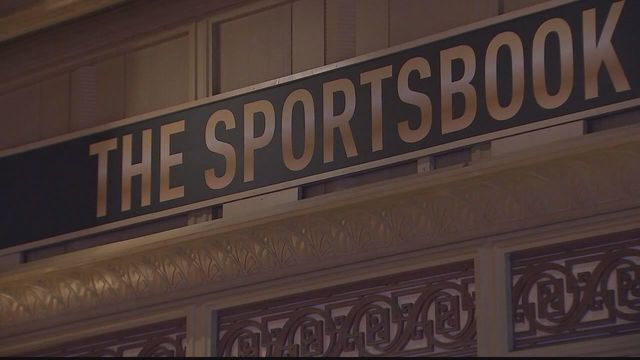 In Maryland, an effort in the General Assembly to take the issue to voters failed this year, but some lawmakers are hopeful there will be a referendum in 2020. The casinos in Maryland would certainly benefit.

"Legalizing sports betting in Maryland will require action by the General Assembly and ultimately a referendum on the ballot,” said Shareese DeLeaver-Churchill, a spokeswoman for Gov. Larry Hogan. “The governor has previously expressed support for the rights of states to make this determination and we anticipate this issue will be debated in the next legislative session."
Keith Whyte, executive director of the National Council on Problem Gambling, says he is seeing a “gold rush mentality” from states working to legalize sports betting. He says more than a cash grab, expanding gambling of any kind comes with societal costs.

“You will be able to use your cellphone while you’re watching on TV or you’re actually in the stadium or in the arena and being able to bet on every single performance by every single athlete on every single play of every single game,” said Whyte. “That is something that we have never had experience with, and all three of those things may well increase gambling problems.”

It has been five months since a Supreme Court ruling paved the way for legal sports betting. So far, New Jersey, Delaware, West Virginia. Nevada, Mississippi and New Mexico have adopted laws to legalize it in their states.