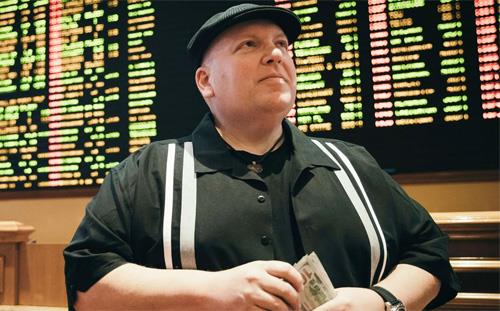 Since most of us prefer to think we are law-abiding citizens, we don’t spend a lot of time acknowledging that most of us break multiple laws every day.

From highway speed limits to prohibitions on jaywalking, we ignore laws that contravene our normal behavior.

For sheer economic impact, though, few lawbreaking practices come close to our habit of betting on sports.

That’s what Showtime’s new sports documentary Action, which premieres Sunday at 8 p.m. ET, not so gently reminds us. 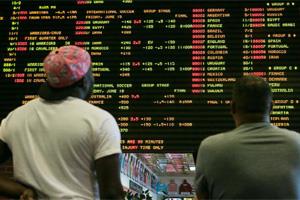 In one huge sense, Action constitutes a victory lap for bettors. The U.S. Supreme Court ruled last year that sports betting could not be prohibited, meaning that instead of being legal in only one state, Nevada, it could now be legal in all 50.

Action suggests this changed our total amount of sports betting by approximately 0%. The difference is that now those bets are no longer mostly illegal.

While statistics can’t be precise because of the illegal part, Action notes that most estimates place annual sports betting in the U.S. over recent years in the $400-$500 billion range. An estimated $100 billion went through Nevada, mostly Vegas, meaning up to 80% of sports betting had been illegal.

Those figures may or may not incorporate online gambling, which has been legal in countries like the Bahamas for years and thus has been a go-to for people who want the thrill without having to leave their laptops.

The first episode of Action focuses on gamblers themselves, and since much of it is filmed in Vegas, they’re folks who have been gambling legally all along.

The basic scene shows a room with rows of seats, not unlike a movie theater, where bettors look up at a wall where dozens of TV sets carry the telecasts of all the games on which anyone would be betting.

This leads to a slightly odd dynamic wherein three people may leap from their seats and yell at the TV over the Bengals game one minute, then a minute later six different people may react to action in the Patriots game. 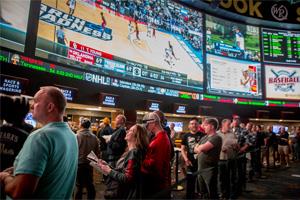 The unifying factor, Action reminds us, is that everyone has money riding somewhere, and usually in multiple somewheres.

The documentary also visits people like Kelly Stewart, a handicapper on WagerTalk TV, a YouTube channel. Her program looks like every other sports discussion show, with a backdrop and a panel, except the whole focus here is on betting lines. Stewart, one of the few female handicappers, explains why Washington, or Arizona, or Georgia, or whoever, will win or lose by how much.

We see touts, all of whom promise they have a system or an instinct that guarantees crushing victories. We hear other folks, like long-time announcer Brent Musberger, assure us that no one in sports betting wins all the time and that most people who pay for tips from touts might as well be throwing darts.

We meet professional gamblers who make a living by betting sports. Our first such fellow, “Krack,” says he may bet a million dollars over a weekend, and that this is how he supports his family.

Most bettors, though, look like regular people, albeit rather sedentary regular people, who gamble because it’s a thrill. It jump-starts the adrenalin, gives the games an extra edge. Besides, each bet is a fresh start. This could be the one that turns a hundred bucks into a thousand bucks because someone hits a jump shot at the buzzer.

The reason all this fun used to be illegal in most states, it might be noted, is that some people don’t think sports betting is entirely a good thing.

It’s been seen in rare instances to affect the integrity of the game. More often it has fed gambling addictions, which are the reason no one who has suffered that addiction would call sports betting a victimless crime.

Right now, however, sports betting is here, and Action documents well the frenzy it engenders – a frenzy so long entrenched that a U.S. Supreme Court decision, for most of the subjects here, only changed the bureaucracy. The game was already well underway.

‘Action’ exposes the good, the bad, and the ugly of sports betting
Tagged on: action    exposes    good    sports    ugly