Tournament bets will be finalized on the official result of the relevant governing body at the time of the ceremony regardless of any subsequent disqualification or amendment to the result. When an event is affected by adverse weather tournament bets will be paid out on the official result. The minimum number of holes required for an official winner to be announced can vary from 36 to 54 holes depending on the tour, but the result must be an official one. In the case of incorrect pay outs caused by resulting errors on the official website, BetStars will amend the pay out if the error comes to light within 24 hours of the relevant bet's original settlement time.

If a tournament is shortened and BetStars finalizes the tournament bets then all bets placed after the last completed round will be void. In addition, if a price for a tie is not available, dead heat rules will apply.

In any 'to qualify' bet for any tournament, winners are the number of golfers that qualify for the tournament, whether they compete in the tournament or not. Bets will be finalized after the qualifying stage and any subsequent disqualification or amendment to results will not count.

If a Tournament/Round is restarted from the beginning, all bets placed after the official off time will be void, except on bets which have been unconditionally determined. Bets on 2-balls or 3-balls will only be void if placed after the tee time of the relevant group.

‘Victory Margin’ bets will be finalized on the official tournament result and will not include any playoff, if needed.

For ‘3-Balls’ or ‘2-Balls’ bets, all bets on this will stand irrespective of whether the players play in the same group or pairing as each other.

If a player withdraws without playing a stroke all bets on the relevant bet will be void. Likewise, should all players within the framed bet fail to complete the first round then all bets will be void.

If any of the named players fail to complete a particular round for any reason (excluding the first), the winner is the player with the lowest total score after the previous round. If a player is disqualified or withdraws during any round they will be finalized as a loser providing at least one other player completes that round. In cases where two or more players in a given bet are in a dead-heat for first after 72 holes, the winner will be determined after the subsequent playoff holes are completed.

All of the above also applies to 72-hole game betting with the following exception, if the scores are tied after 72 holes, the result will either be a tie, if odds were offered for the tie, or else all bets will be void.

If a tournament is reduced in length because of adverse weather then all bets will be finalized providing a winner of the tournament is deemed and a minimum of 36 holes are completed. The winner will be the player in the lead at the end of the last completed round.

If a player withdraws without playing a stroke in that round all bets on the relevant bet will be void. Likewise, if one player fails to complete a round for any reason other than a withdrawal or disqualification then all bets will be void except for those on bets which have been unconditionally determined.

Any player withdrawing or being disqualified having played a stroke in that round will be finalized as a loser, providing at least one other player completes that round. Should all players fail to complete the round then all bets will be void.

All bets on a given hole will be declared void should said hole not be completed for any reason, unless the bet has been unconditionally determined. Bets are finalized on completion of the hole and any subsequent penalties or disqualification will not be taken into account.

All bets stand once all nominated players have played their tee shots. If neither player completes the hole all bets will be void unless the winner has been unconditionally determined, a player has withdrawn or been disqualified, or the hole had been conceded. Settlement is determined when the players leave the green.

Settlement is based on the tournament score at the end of the first round. Dead-heat rules apply.

The winner will be the player with the highest placing after the tournament has ended. Any player missing the cut will be considered a loser. If all players miss the cut then the lowest total score after the cut has been made will determine settlement. Non-runner no-bet deductions in line with Rule 4 (Deductions) will apply. Dead-heat rules apply except where the winner is determined by a playoff. In the case of adverse weather a minimum of 36 holes must be played and a tournament winner must be declared for bets to stand. The winner will be the player leading at the end of the last completed round.

If you have any questions about BetStars sports betting, please contact Support. 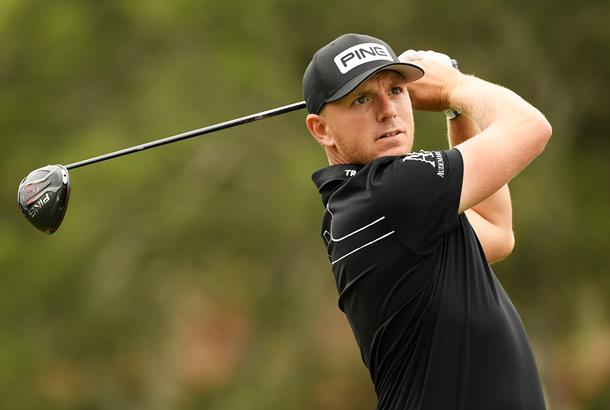