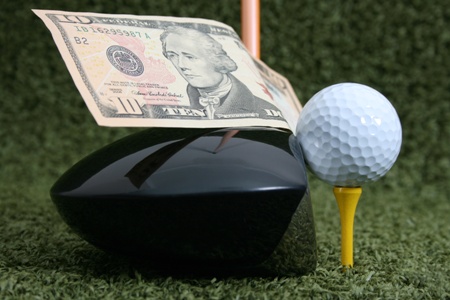 The team with the lowest score, wins the hole, and in case of a tie, the next highest score from each team is used to determine if there is a winning team or if the hole is tied. In the case of a win, the wager is equal to the amount entered into the Vegas wager amount of the Golf Accountant times the difference in scores. For example, if the winning teams scores for the hole were 4 and 5, their Vegas “score” would be 45. If the losing team scores were 5 and 6, then their Vegas team “score” would be 56. The losing team would owe the winning team the difference in score times the wager amount. The players on the losing team would owe each player on the winning team 11 times the wager amount (56-45=11). This wager is commonly measured in pennies per point as it can be substantial over 18 holes.

In a twosome, both golfers scores are counted twice.​