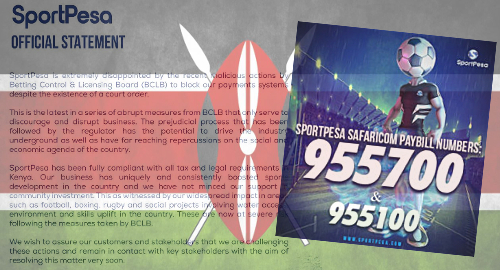 Kambi, a platform provider for operators such as DraftKings, Rush Street Interactive and BetPlay, is coming off a stellar Ryder Cup where the sports book supplier saw steady interest with its in-game golf offerings. Over the three-day event, 47 percent of Kambi’s wagers were made on an in-play basis. The availability of live betting contributed to a 165 percent increase in Kambi’s turnover in comparison with the 2016 Ryder Cup.

There are strong indications that Tiger Woods and Phil Mickelson could make side bets on wagers like longest-drive and closest to the pin at their Nov. 23 Pay-Per-View event in Las Vegas.

"We will be offering a very in-depth market again, something I think we’ll be leading the market in," said Max Meltzer, Chief Commercial Officer at Kambi.

Scientific Games Corporation announced Oct. 9 that it entered into an agreement to acquire Don Best Sports Corporation and DBS Canada Corporation. Upon the completion of the deal, Don Best will become part of Scientific Games’ SG Digital division. The deal combines Scientific Games’ European sports book operating experience with Don Best’s real-time sports betting data and pricing platform, SG Digital said. "Don Best in car terms is like a Mustang in the U.S.," said Keith O’Laughlin, senior vice president sportsbook for SG Digital. "It is All-American, it knows the DNA of the U.S. in pricing and product. From our perspective, it enhances what we do with our U.S. offerings." The deal is expected to close in the fourth quarter of 2018.

As sports betting proliferates nationwide, integrity concerns remain paramount for gaming operators. It comes as little surprise then that Sportradar and Nasdaq may explore a joint initiative aimed at protecting the integrity of the sports betting market.

The two companies have held exploratory, amicable discussions in recent months, said Matteo Monteverdi president of Sportradar US. There are obvious synergies between the two companies. Sportradar is now in the third year of a multi-year deal with the NBA involving the distribution of the league’s data to gaming operators outside of the U.S.

Earlier this summer, NBA Vice President of Fantasy & Gaming Scott Kaufman-Ross told the Action Network that the league has held conversation with representatives from Nasdaq and IBM on integrity monitoring. Over the last two years, Nasdaq has used artificial intelligence solutions through its SMARTS Market Surveillance technology to detect suspicious trading patterns in the market.

"The stock market and betting market are very much similar, it is incredible how many similarities there are in the companies’ skill sets," Monteverdi said. "There are tools out there to spot similar practices, integrity is something that can be obtained through data and technology."

With the start of the football season, gaming analysts expected a considerable uptick in the Garden State’s sports betting handle last month. Still, a handle of $183.9 million for September coupled with revenue of $23.9 million may have even topped New Jersey Division of Gaming Enforcement Director David Rebuck’s lofty expectations. The strong figures almost doubled the state’s handle from the previous month and represent a near three-fold increase in revenue from August. 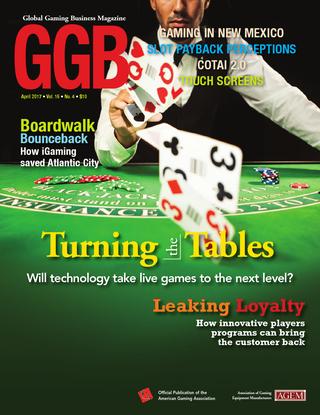 "As our retail Sportsbook at the New Meadowlands Racetrack grows and with the launch of the FanDuel Sportsbook app, consumer response continued to exceed our expectations in September," FanDuel said in a statement. "We are encouraged to see strong momentum in New Jersey for the newly formed FanDuel Group."