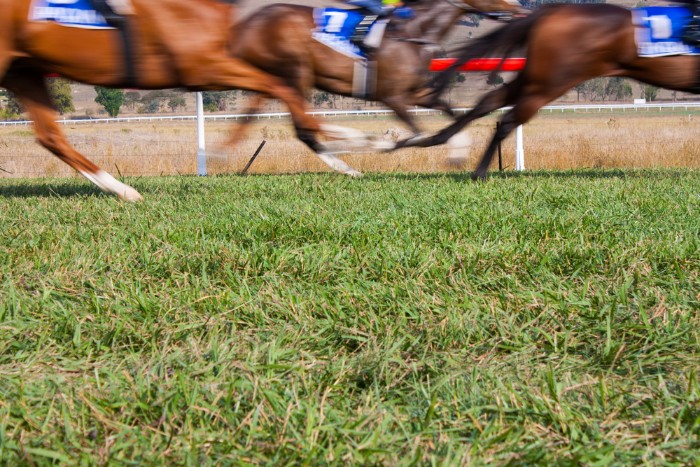 A new bill sponsored by Sen. David Hinkins, R-Orangeville, would give Utah counties the option of allowing horse track racing and betting.

Hinkins says SB181 is more of a rural economic development bill rather than a pro-gambling bill, as horses raised in rural Utah are leaving the state to compete in live horse racing in surrounding states like Idaho and Wyoming. Hinkins notes that Wyoming paid out more than $2.2 million in awards to horses in that state just last year.

“When those horses leave, they’re hurting the feed supply stores and veterinarians who support the ranchers who raise them,” he said. “Those areas are already losing jobs, so we should do what we can to keep those jobs there.”

Under the bill, counties would have to vote by the end of 2020 whether they would allow pari-mutuel racing and wagering. The state won’t get a cut of any of the wagering, and the taxes generated from the betting would remain in the counties where the races take place.

“A million dollars or so is a lot of money to some of these rural counties, but it’s just a drop in the bucket for our state budget,” he said.

Meanwhile, Rep. Mike McKell, R-Spanish Fork, has HB361, which would change the make-up of the Utah horse racing commission.

“We need to get more representation of the quarter-horse industry, and more businesspeople in general on the commission,” he said about his bill.

“We are hindering a whole industry” by an outdated prohibition, he said.

McKell, an attorney, quoted a 1926 Utah Supreme Court decision saying that horse race betting is not a game of chance, but a skill, and thus legal under the Utah Constitution’s ban on “gambling.” The Utah Legislature banned horserace betting in 1927 and has repeatedly beaten back any attempts to legalize the practice. In 1992, Utah voters rejected a ballot initiative to legalize pari-mutuel betting, with 60-percent of voters saying “no” to the proposal.

McKell owns several quarter-horses and races them from time to time. He has horses racing at Wyoming Downs, the racing track located just outside of Evanston, Wyo., where betting is allowed.

“There are thousands of Utahns up there every weekend for the races,” said McKell. And those people would support a race track in Utah.

He added that those who believe horse racing is unkind to the horses don’t understand how the whole industry operates.

“I’d say that racing horses see vets more often than any other type of horse ownership – they are very well taken care of,” adding he can show his vet bills to prove it.