PS: But these aren’t the wise guys — the sharps — they’re not here as sports bettors, are they?

TC: The vast majority of the people that you see here are going to leave this town with less money than they arrived with.

The public, what money they spend, it doesn’t have a big influence on the bottom line for any casino. This is not like a card game, where I’ve got to beat you in order to win the money. This isn’t a poker game. It’s not a zero-sum game where this is the money at the table, and I’ve gotta take it from the sucker. It’s not that way at all. The reality’s that most of what I do, I’m fighting against other sharp bettors, both to get the best of the number and in terms of opinions about games. Because, don’t forget for a minute: Yes, the books set a point spread, but this is absolutely a global betting marketplace. Vegas is just a center for it.

PS: How much of sports betting is now going online and offshore?

TC: The estimates are that 1 percent of the actual handle occurs legally in the state of Nevada. Which tells you that 99 out of every 100 dollars that are bet in the United States are either going offshore, or going to a local bookie. And many of the local bookies now have a website, have a skin, that they put up. It’s called pay-per-click, where they pay a relatively small sum to have their odds available online for their clients to bet. So, there is a constant and consistent money flow from bettors in the United States, sending their money offshore because they can’t do it legally here in the U.S.

PS: So if sports gambling were legalized, there would be less money leaving the United States?

TC: Yeah. In theory, you’re supposed to report your gambling winnings as income. When that money goes into banks, when that money can be traced and tracked, the IRS has a much better idea of who’s betting and how much and what their income is, or losses, from gambling. When all that money goes offshore, and it never sees a bank, and it never sees a regulator, of course it’s not going to get into the tax base, and of course very few bettors are going to pay taxes on their income that they have received from betting offshore. 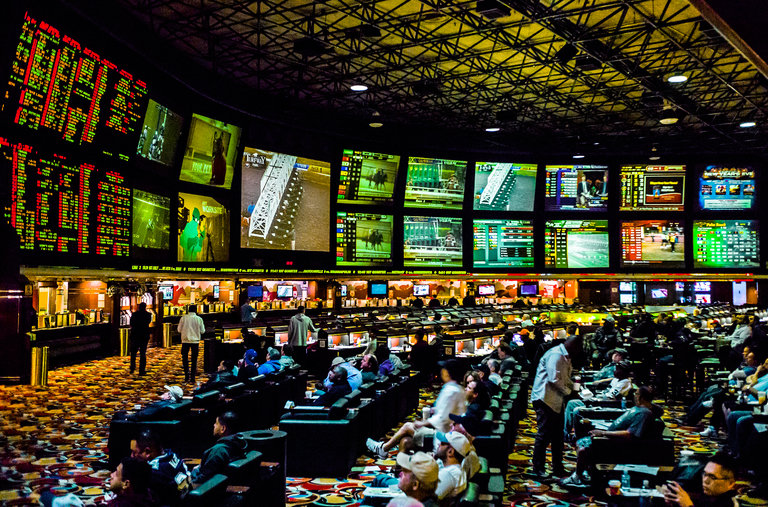 PS: Well, on the Super Bowl — that’s going to be a $5 billion bet or something. That isn’t going to be primarily wise guy money, right?

TC: Well, actually, last year’s Super Bowl handle in Nevada set a record with $119 million bet on the game. And of course, the legal estimates are that the state of Nevada gets 1 percent of what’s being bet illegally in the country.

But, when you talk about the money that’s legally bet in the state of Nevada, of that $120 million dollars, or close to it last year, a higher percentage than you think came from professional bettors. And, not just the action on who’s going to win, and by how much, but also, in the modern era, we’re talking about making bets as the game is progressing, in game wagering. We’re talking about the proposition bets, where there are hundreds and hundreds of bets available for the Super Bowl, about how many rushing yards is so-and-so going to get, how many interceptions is so-and-so going to throw.

On any given NFL Sunday, the books are going to have what we call positions on at least half the games, oftentimes more, where they’re gonna have a vested, rooting interest in one side or the other, based on their own liabilities.