Some states aren’t convinced that’s the case, and it’s easy to see their argument: 3.3 percent of $150 billion is nearly $5 billion—and that figure could grow as it becomes easier to make bets. States that have already legalized (but not yet implemented) sports betting have settled on higher tax rates than Nevada’s 6.75 percent of a sportsbook’s revenue. Mississippi settled on an 8 percent tax rate, West Virginia came in at 10 percent, and Pennsylvania set a 36 percent rate. New Jersey is proposing taxing sports betting at casinos at 8 percent and online wagers at 12.5 percent.

The leagues—both team owners and players—also want a piece of the action. Gambling is expected to be a boon to professional leagues because the extra interest will increase ratings, ticket sales, and partnerships. In the NFL, NBA, and NHL, players unions have negotiated for a percentage of league revenue, so players will benefit from an increase in those revenue streams. (MLB is more complicated, but all four unions may push for image licensing rights for players on daily-fantasy and sports-betting sites for an even bigger share.) But the leagues don’t just want that indirect revenue—they want a cut of the action itself.

The NBA and MLB have lobbied for an “integrity fee,” a term invented by two New Jersey state legislators, to cover the increased costs of anticorruption measures and sweeten the pot for the leagues to get onboard with the legalization process. The NBA and MLB first floated integrity fees of 1 percent of all money wagered—roughly a quarter of a sportsbook’s revenue—but have since lowered that number to 0.25 percent, which is equal to the federal excise tax on the overall handle (the total amount wagered) on sportsbooks in Nevada.

“In American business, it’s common for the creator of content to be compensated when others wish to commercially exploit it,” said Dan Wallach, a gaming and sports law attorney from Becker & Poliakoff.

The NBA, NFL, and MLB,—if not the other leagues as well—also have their eyes on another lucrative chip: writing into law that bookmakers must use official league data—everything from points, rebounds, and touchdowns to advanced player tracking—for wagers and then charging the bookmakers to use that data. In a statement this week, NFL commissioner Roger Goodell outlined four core principles for Congress to enact a federal gambling law, including, “Fans will have access to official, reliable league data.” The thinking goes that there will be fewer opportunities for corruption if sportsbooks are using official stats instead of third-party statistics.

“It’s better to use the official source if you can,” said Benjie Cherniak, managing director of Don Best Sports, a sports information company that creates betting lines for international sportsbooks and also has contracts with the NFL and the Big Ten. “I think where the concern is, are they going to mark up the price to tenfold of what it should be to indirectly make this into a cash grab? … So the devil will be in the details.”

There is one surprising party that doesn’t want the leagues to write artificially inflated prices into law: the company that sells that data for the NFL, NBA, NHL, and NASCAR. Laila Mintas, U.S. deputy president of Sportradar, is concerned that legal markets may struggle to compete with illegal markets that aren’t subject to taxes or other fees.

“You could argue that [a high price for official data] would be good for our business because we own the official data rights of most of the leagues in the U.S.,” Mintas said. “But we are a bit concerned about implementing that into the law. If the bookmakers have to pay an integrity fee and a licensing fee and high taxes in some of the states. … This is so much financial burden on the shoulders of the bookmakers that they cannot compete with the offshore market. So what will happen is they will not be able to offer the same attractive lines to their customers, so the customers will probably continue betting offshore.

“What you have to keep in mind is the entire picture.”

It’s easy to see that big picture getting lost in the lobbying war that has already begun as lawmakers, the gaming industry, and sports leagues start trying to divvy up the profits of sports betting. The states closest to implementing gambling are the states where casinos play a big role in state politics—New Jersey, West Virginia, Mississippi, Connecticut, Pennsylvania—and those states are likely to craft laws that protect those entrenched special interests.

Online gambling seems like a no-brainer, but Mississippi law will allow only in-person wagers at their 28 casinos to buoy the foot-traffic for local brick-and-mortar establishments. New Jersey’s proposed rates are also intended to increase tourism to its casinos. In California and Connecticut, Native American tribes are arguing that tribal governments have the exclusive rights to offer sports betting. The casinos that do get to offer online sports betting will either have to invest in digital infrastructure or make an awkward partnership with companies like DraftKings, Bet365, or FanDuel, which announced a merger on Wednesday with the Irish bookmaker Paddy Power Betfair to create a business “incredibly well-positioned to capitalize on the sports-betting market opportunity in the United States,” according to a statement released by both companies.

That mess is why the pro leagues would rather legalize sports betting through Congress with a uniform federal solution than fight dozens of separate battles over integrity fees and data licensing with various state legislatures. But given the complexities of passing laws in the current political climate, a federal solution appears unlikely, so all of these concerns—integrity fees, data rights, online gambling, types of wagering, tax rates—are likely to be determined at the state level.

There is also the issue of what states will do with the newfound money. States may follow the example of West Virginia, the epicenter one of the largest teachers strikes in years, where lawmakers earmarked sports-betting revenues to compensate teachers. But if state lotteries, the spiritual predecessor to legal sports gambling, provides any blueprint, the sports-betting revenue that ends up in state coffers may not go to the places politicians promise. Across the country, state lottery money earmarked for education is sometimes diverted to other causes. A 2007 CBS report found that education spending dropped or flattened in 21 of the 24 states that earmark lottery funds for education.

But no matter what states earmark sports-betting revenues for, lawmakers may find there is less money involved than they initially believed.

“We were in front of the New York [State] Gaming Commission, and they were always like, ‘Why aren’t we getting as much money?’” said an executive at a daily fantasy sports company, who spoke on the condition of anonymity. “Overall we make good money, but per state, it’s not going to be that big. That’s how gambling is going to be. … People thinking, ‘Oh, the schools and all the roads are going to be paved because of sports gambling!’ It isn’t gonna happen.” 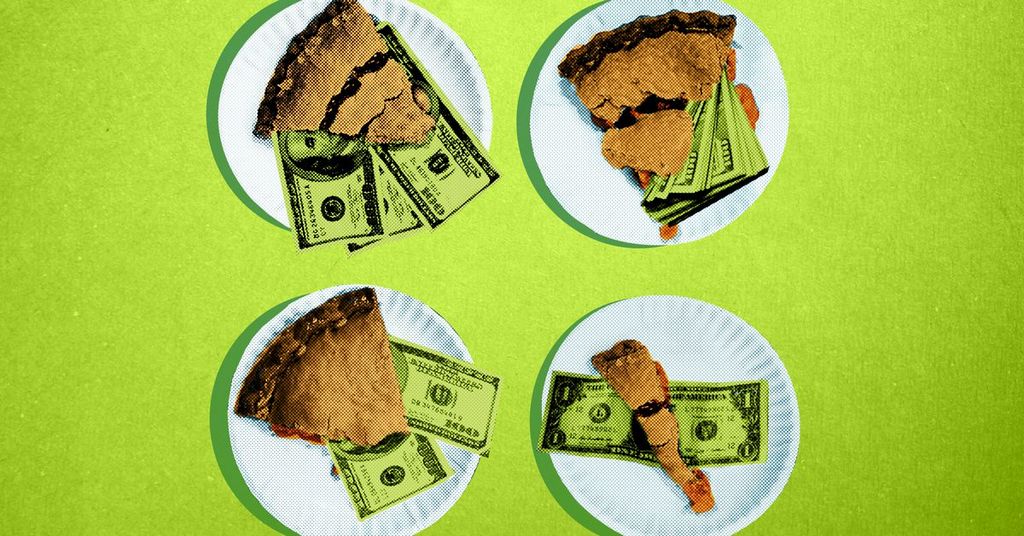 The stage is set for a complex battle that could take years across dozens of states before all the dust settles. And in the end, there might not be enough cash to go around to make any one group truly happy—except one.

“The big people who are going to make all the money first off are lobbyists,” the executive said. “Lobbyists and [politicians getting] political contributions.”

If sports gambling is legal, where does the money go? – the ringer
Tagged on: does    gambling    legal    money    ringer    sports