How good of a guy anyone in the handicapping business is, of course, always hard to tell. D’Angelo himself says he has gotten complaints from customers who lose bets. “Anytime you’re asking people to put money at risk, there’s always a stigma and always some fear,” says Rodney Paul, a sports finance and management professor at Syracuse University. But for now, at least, there are fans willing to make that bet.

Sitting inside the Green Valley Ranch Casino, a local Las Vegas hangout, on a sunny Saturday afternoon, D’Angelo and his posse look like stereotypical caricatures of middle-aged men — or as they like to say, “just everyday Joes.” Lots of white New Balance sneakers with jeans, salt-and-pepper facial hair, thick glasses and, perhaps inevitable when you work in sports bars, beer guts. But looking at their accessories, you might guess they’re investment bankers: hands-free headsets, multiple phones, tablets, backup batteries. 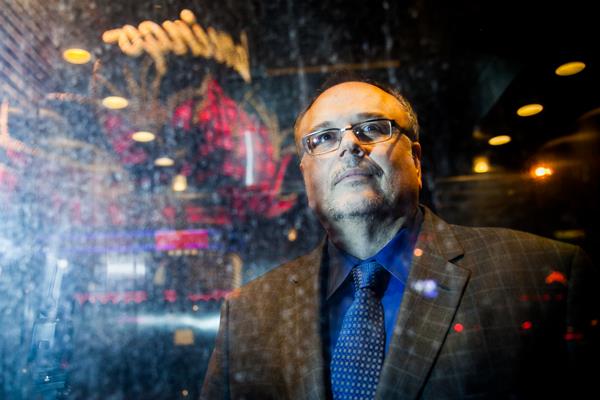 You can’t just look at the stats. You have to look at the human. Humans, after all, are the ones who create stats. 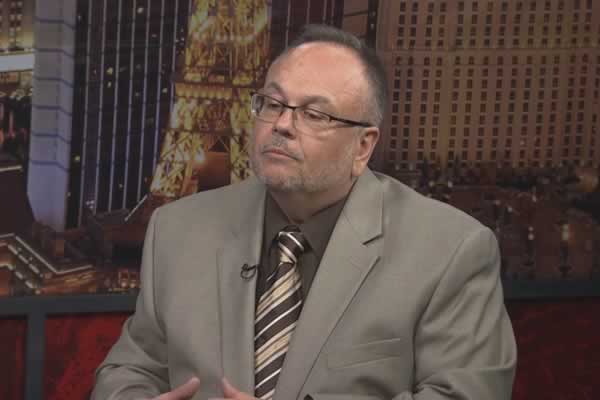 The youngest of five kids in a large Italian family, D’Angelo has always been a preternatural predictor. In 10th grade, he gave a class presentation on horse handicapping (he now also breeds and races horses). By age 17, he’d built a bankroll of $5,000 making $50 bets with local bookies. Then one day he got a flyer in the mail from a hotshot Vegas gambler posing in front of a Ferrari. The guy was selling odds advice. D’Angelo assumed he must know more than him, so he signed up for a month, and every day thereafter phoned in to get his picks. Thirty days later, he was almost broke. After it was over, when he called up looking to speak with the man on the flyer, the answer he got made him feel sick. If his bets weren’t winning, they said, he should sign up for the “inner circle” package. “I vowed to myself that day I was going to do this, but if a customer ever wants to talk to me, they talk to me. And every customer will get the same set of gains,” he says. That was 35 years ago.

D’Angelo, who after spending most of his life in a small town outside Pittsburgh moved to Vegas in 2008, lives in a high-rise condo just off the Strip with his second wife — his first passed away from a heart attack shortly after the move. While he now considers himself one of the good guys, the company he worked for after heading west has the opposite reputation. D’Angelo says it took him a handful of years before he fully realized the corruption. But Ernie Viloria, who has been a client for 15 years, says, “He’s always been a stand-up guy.” Viloria would say that, of course. D’Angelo made him $10,000 this football season.

Every handicapper has a style, and D’Angelo’s trademark is eyeing idiosyncrasies specific to a given situation that might tip the outcome one way or another. Buddies and clients call those “Marco-isms.” “You can’t just look at the stats,” D’Angelo says. “You have to look at the human. Humans, after all, are the ones who create stats.” Is it a “sandwich game,” pinned between two prime-time matchups, leading it to be overlooked? Is a marquee player out? That latter situation might not create the outcome you’d think: Often when a key playmaker is injured, D’Angelo says, people overestimate the effect it will have. According to D’Angelo’s laws, in that first game when the player is out, the rest of the team is acutely focused, and, therefore more likely to pull out a W. It’s the second game that you have to watch out for. With the public now thinking the squad is unstoppable, the players lose their edge, and in rolls the upset.