The smart bet was probably to take the Phillies on the run line. The favorites in baseball are -1.5 runs, meaning they must win by at least two runs to cover the spread. Of course, there are always odds assigned to this based on its probability. The Phillies, for example, were expected to win by more than one run in the second game and were -110 to do so.

BETTING 101: Terms, phrases and how to place a bet

Who do Delaware casinos want to win the World Cup?

Nola, who will represent the Phillies next week in the MLB All-Star Game, predictably delivered, tossing seven shutout innings. In a performance he sometimes made look effortless, he struck out 10 and allowed one hit and one walk. The Phillies, who reached 50 wins at their earliest point in a season since 2011, have won in six consecutive Nola starts.

Odds are they’ll make it seven this weekend in Miami.

Because sometimes baseball is predictable.

It’s for that reason the sport is growing in popularity in the betting community. It’s not quite the craze of betting on the NFL, but fantasy baseball and daily fantasy baseball, as well as a never-ending hunt for an analytical edge, have made bookmakers busy in the summer.

About $1 billion was bet in Las Vegas on Major League Baseball in 2016. According to ESPN, that number was almost double the amount bet in 2010.

Baseball is the ultimate numbers game. It’s the sport with the longest season, and with games every day it gives bettors more data than they sometimes know what to do with.

One may have wanted to know how Mets outfielder Brandon Nimmo does with off-speed pitches against right-handed pitchers. Nola struck him out with a curve in the first, a two-seam fastball in the fourth and another curve ball in the seventh.

Catcher Kevin Plawecki entered Monday night 2 for his last 14 at the plate. With Plawecki batting sixth and behind a first baseman with a .219 on-base percentage, the math was pretty obvious. More often than not, the Mets weren’t going to score many runs.

Casinos probably took a hit on that game.

When Delaware launched sports betting in early June and New Jersey followed shortly after, the prevailing thought among casual bettors was that the summer months would be the calm before the storm when these new East Coast sportsbooks have a football season on their hands.

But baseball accounted for 75 percent of the $7 million Delaware’s three casinos took in sports action in less than three weeks after launching.

“I must admit I’m a little surprised they’re betting baseball as much as they are,” Delaware Lottery director Vernon Kirk said last week.

It shouldn’t be a shock. Baseball offers bettors a lot of options. There’s the aforementioned money line and run line wagers at play, but there are also over/under totals, series prices and other “prop” bets. 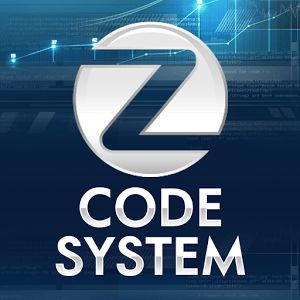 And like all other sports, there are the future bets. The upstart Phillies have seen their World Series odds go from 150/1 to 75/1.