But it’s not all bad news. After the strikes and PED scandals of the 90s and 2000s, baseball fans were an endangered species. Interest in college football was turning that event from a niche sport with little TV coverage or corporate sponsorship into the massive industry it is today. NCAA football fandom and TV viewership eclipsed baseball for about ten years. But that’s changed – baseball is officially more popular than college football (again), so it’s likely that interest in MLB betting is also on the rise.

If you’re a fan of the game, you already know almost everything you need to know in order to place a confident wager on baseball. Below are some pieces of information and advice I think will help you when you’re ready to place your first wager. 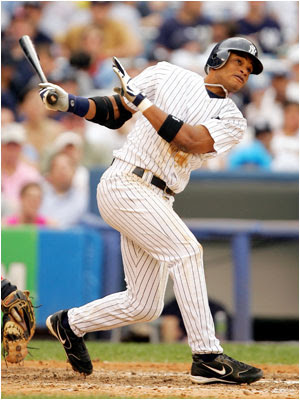 Let’s start with a look at the most common ways to wager on MLB games:

A bet on the moneyline asks the bettor to select which team will win outright.

If you want to bet on the moneyline, you’ll be betting on one of two teams in a particular baseball game to win. Unlike point spreads, which bettors may be familiar with from other sports, with moneyline wagers it doesn’t matter how many runs a team wins by – a W is a W.

A wager on the team that’s favored by your sportsbook to win pays out less for a win than a wager on an underdog who pulls off an upset. Bettors like the moneyline for its simplicity. Using the moneyline, you can figure out a number of things about a contest – which team is at home, which side the book favors to win, and a couple of important financial details.

Here’s an example of a moneyline from a totally made-up game:

In this example, LA is listed on top, meaning they are the away team. Houston is shown with a (-) symbol, indicating it is the favorite. The +107 next to LA means a successful wager on the underdog Angles pays out $1.07 for every $1 bet. The -110 next to the Astros means successful wagers on Houston would earn $1 for every $1.10 bet.

A bet on the run line asks the bettor to wager on whether a team will win by two or more runs.

It’s the most complex way to wager on baseball – and in my opinion it’s a prop bet, anyway – but with a short explanation you’ll totally understand it.

Here’s an example of a run line I made up to go with our above example:

The first set of numbers tells you whether the team has to either (a) win outright or lose by just one run or (b) win outright by two runs or more. You have to wager on one of those two sides. In our example, Houston is listed as (-1.5), indicating that they are the favorite. That means the Astros have to win outright by two runs or more for the bet to pay off. The trade-off? The bet pays $1.20 for every $1 bet. A wager on LA only requires that LA win or lose by less than two runs. This is usually a much more likely proposition, so the bet only pays $1 for every $1.40 wagered. Taking a risk by wagering that the ‘Stros will win by multiple runs earns you $0.60 on the dollar more than a safer wager on the Angels.

Some bettors think of the run line as a combination of the point spread and the moneyline; it’s certainly more complex (and can carry a lot more risk) than straight up moneyline betting.

A bet on game totals (also called “the over/under”) ask the bettor to wager on the total number of runs scored by both sides of a baseball game.

This is baseball’s version of classic over/under betting, in which you wager whether the total number of runs scored is over or under a number established by the book.

Using our above example once more:

Betting on an entire season of baseball is the gambler’s equivalent of an ultra-marathon. The number of games available on a single day is impressive – now stretch that out to five months of regular season play and it’s easy to see how MLB bettors get burned out.

The tips below should help you form a decent baseball betting strategy and maintain your composure throughout the ups and downs of a typical baseball season.

Tip #1: Get chummy with statistics.

I’m not saying the two of you should settle down and get married; but you should incorporate some of the amazing wealth of statistics available for the modern game into your strategy.

An incredible number of statistics are available to modern bettors; so-called Sabermetrics has revolutionized the way the game is played. Statistics nerds have given us obscure tools like “weighted park factor” (not to mention the value of their umpire-tracking databases), all of which should make your life as a bettor a bit easier.

When people describe MLB games as “pitching battles,” they’re just wrong. That’s a simplistic way to look at the sport. Concentrating on a single position is a good way to burn through your bankroll. Whether you believe that pitchers are the most important players on the diamond or not, you should be researching multiple positions and influences, and not concentrating all your time on starting pitchers.

Baseball seasons are long and short-term injuries and rest periods are common. It’s common for an MLB team to play a player on the disabled list for a single day. If you don’t have time to research down-card injuries at least be familiar with the status of key players on the teams you wager on. A subtle change in a lineup can require a totally different approach as a bettor.

The length of a baseball season and the frequency and regularity of its schedule is probably the biggest handicap MLB bettors face. Losing streaks are more common for MLB bettors because the schedule is so packed.

Still, baseball is America’s cultural pastime, and bets on the game appeal to both casual and lifelong fans. Today’s refined statistics and advanced tools, all available on the other side of a phone app, make it even easier to wager on baseball games, live, on your computer, or on your tablet or smartphone.