Could the expansion of legalized sports betting in the United States help?

The Supreme Court’s decision to strike down PASPA should be a boon to leagues such as the NFL, the NBA and Major League Baseball. But what about horse racing, a sport you can already wager on legally nationwide? Will this development help or hurt the industry?

One place where people are already betting on legalization helping is Monmouth Park, in New Jersey, where bookmaker William Hill has already invested in a sports bar that can be quickly converted into a sportsbook.

Attorney Dennis Drazin, who has been guiding Monmouth Park in its preparations for legalized sports betting, is confident that it will boost horse racing.

"New Jersey has created a chance for racetracks and casinos to be involved in sports betting," Drazin said. "The racetracks obviously will benefit. We’ll get people to come back to the racetrack — people that will stay because there will probably be in-play wagering also, so people will be engaged."

Drazin envisions Monmouth offering combination bets that would include horse races and other sporting events, to encourage crossover participation. And they’re expecting an influx of people. The current capacity of the William Hill Sports Bar at Monmouth is only 250 to 300 people, but they’re already in the process of investing another million dollars to expand it into the grandstand area of the track.

"When you go into the grandstand, you can probably put another 5,000 to 7,500 [people]. We think the demand is gonna be that big," Drazin said. "We would anticipate that being ready to go within two weeks of the date the Supreme Court rules."

Also bullish about horse racing in the wake of expanded legalized sports betting is Kip Levin, the CEO of Paddy Power Betfair US & TVG.

"If you look at other markets where [horse] racing is growing — and I think Australia is probably the best example — horse racing in Australia 10 years ago was in a multiyear decline," Levin said. "It was similar to the U.S. in that it was pari-mutuel only. And when online sports betting started to take off, you saw a shift."

Pari-mutuel betting means the odds aren’t fixed; they can fluctuate right up to the race, depending on all the other bets that are coming in. Fixed-odds betting is more like gambling on other sports. You get to keep the odds you saw when you placed the bet, just like a point spread.

"What happened was, fixed-odds [betting] came to the [Australian] market, which was good for more recreational players," Levin said. "And again, you saw people downloading apps on their phone to bet on sports that they might be more familiar with, and now that you can bet on other sports, and then horse racing’s right there too, you might give that a try, you’re more likely to."

More than half of Paddy Power Betfair’s customers in Europe bet on both horse racing and other sports, according to company officials. In Europe, they said, horse racing is second only to soccer in terms of overall wagering.

Back stateside, the New York Racing Association is another believer that expanded legalized sports betting will help the horse racing industry.

"We definitely feel positive in the sense that these products are complementary," said David O’Rourke, NYRA vice president and chief revenue officer. "Right now we handle wagers on horse racing as a sporting event. There’s likely betting on other sports going on that’s not in a regulated format, and we feel that if [legal] sports betting was expanded to include these other sports, it would give us the opportunity to cross-sell. 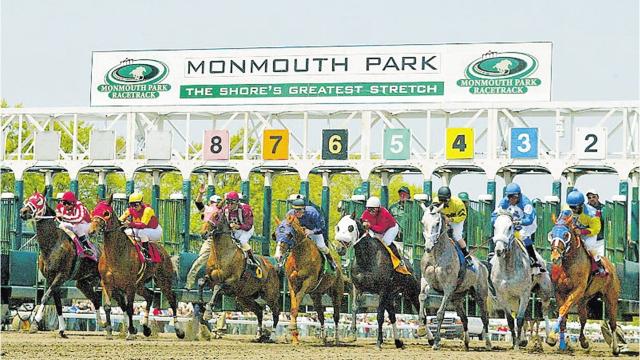 "Right now, specifically online, we’re focused on racing fans, or educating customers to become racing fans. But to get them to sign up for an account, it’s a decent hurdle, especially for someone that’s not a dedicated fan. If NYRA would have the opportunity, or other horse racing venues, to cross-sell — whether it’s to a hockey fan, an NBA fan or an NFL fan — we think that’s a big opportunity that we’ve never had in this country."

NYRA already operates its own betting app, NYRA Bets, and is preparing for the possibility of expansion in New York State.

O’Rourke said they use an Irish technology company called GBET, Global Betting Exchange Technologies, which handles every form of sports wagering in Europe. But he said the company is limited to only offering horse racing in the United States and has the capability to bring those other products online quickly.

"Some of these new jurisdictions will be at racetracks," he said. "I can only see that as a positive for these racetracks, as we know a lot of them are struggling right now."

But not everyone is convinced that such a development will be good for horse racing. Louis Cella, president of Oaklawn Park in Arkansas, is not so sure.

"We already have an industry of sports betting, it’s just not done in the public," Cella said. "Whether or not [legalization] will help the sport of horse racing is a complete unknown. To date, having it be kind of under a cloud, it certainly hasn’t increased business on the horse racing side. Whether making it legal does so, we don’t know."

That uncertainty is a thought echoed by Chris Andrews, director of the South Point sportsbook in Las Vegas.

"I was at the Golden Nugget for about a year and a half, and we had a race and sportsbook together," Andrews said. "And as a lot of guys were just kinda sitting around watching the games or waiting for them to start, they would play some horses — that’s kind of the mentality of a gambler. I wouldn’t necessarily say they were real horse players, but it was right in front of them, and they definitely did it a little bit. If they [offer sports betting] in these racinos or at the horse track, I think you’ll get a little spillover from that.