Betting against the spread is the most popular method for NFL wagering, and as we’ve covered how against the spread bets work, it’s straightforward to do. Not only does a spread balance the odds between unequal opponents, but it can create drama late in games that would otherwise lack any. In the NFL, since scoring can come in 2, 3, 6 and 7-point increments, the spreads for football typically settle around those margins.

For an NFL spread the home team is listed on the bottom, like so:

Typically, if two NFL teams are evenly matched, the home team is a three-point favorite; conventional wisdom is that home-field advantage counts for roughly three points in the NFL. So, when you see Buffalo listed as six-point home favorites, bookmakers are saying that, on a neutral field, they’d be three-point favorites.

NFL spreads are made available for the following week every Sunday night after the majority of the previous week’s games have been played. Regarding ranges, NFL spreads typically fall between a pick’em and 15 points. It’s rare to see an NFL team favored by 16 or more: it’s only happened 80 times in the league’s lengthy history.

The Hidden Dangers of Betting On Big Spreads

Those big spreads can be a dangerous bet in football, even when one side appears to be much better than the opposition. When one team is up by a wide margin late in a game, NFL defenses often go into “prevent mode,” trying to take away big plays and allowing opponents to drive the ball slowly down the field. This can lead to the dreaded “backdoor cover:” an underdog getting a meaningless late score that helps them beat the spread. Depending on which side you take, it can be the most frustrating or rewarding moment in gambling.

To avoid getting burned on a backdoor cover, you can always simplify your betting by playing the moneyline.

Moneyline Betting on the NFL

Betting the moneyline means performing the simple act of picking who will win the game. It’s a less popular option for single bets in the NFL because of the subpar payouts for betting the favorite.

As you can see, the disparity in payout between the spread and the moneyline can be great at times. Rather than wager $270 on Buffalo to win straight-up for a potential payout of just $100, it’s easy to talk yourself into taking the Bills -6. That same bet of $270 would pay out nearly $235 if Buffalo just wins by seven, which is a touchdown and a convert; not hard to imagine.

However, the moneyline does provide a chance at big winnings if an underdog comes through, so if you had a good feeling about the Jets, the moneyline would be the better play.

It’s worth noting that some books will limit your opportunity to bet the moneyline, generally releasing it a few days later in the week than they do the spread. Some books won’t even release a moneyline when a game’s spread is less than three points or greater than ten.

Every NFL game will also have a total you can bet on (which we explain in more detail in this section). NFL game totals have historically ranged anywhere from 30 to 60 points.

You might think, in today’s high-scoring league, almost every game would see more than 42 points, so the over is the obvious choice, but think hard about that decision. NFL totals are set based on a number of factors like the level of offensive and defensive talent in the game, whether the opponents are division rivals, and what the forecasted weather in the area will be.

The over is always more fun to bet, because cheering for points is more enjoyable. But to successfully play totals, you have to be willing to play the under once in a while.

All these single bets can be made for specific halves and quarters too. The first half will have both a spread and total and the second half line will usually be made available during the game. The same goes for individual quarters, which will often see higher totals for the second and fourth quarter, due to the high number of timeouts during those frames. 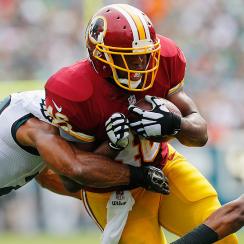 It’s important to remember that bets placed on the second half and fourth quarter don’t include overtime.

We introduced you to prop bets here. With more individual statistics available than any other sport, NFL games have the richest tapestry of props available. A primetime game could have close to 100 props associated with it. (Primetime games are the only event in a specific window, like Monday nights, so bookmakers often give bettors more opportunities to play props then they would on busy Sunday afternoon window.)

For basically every position on the field, there’s a prop bet you can make. Here are a few examples from a Minnesota/Green Bay game.

Props offer a chance to wager on the game without betting on the final score, but they have some downsides, like carrying a lower maximum bet (compared to the spread and moneyline). You may also notice less favorable odds than you get on moneyline or spread bets: bookmakers tend to over-round the implied probability more on props, because less money is coming in on them.

When it comes to live betting on the NFL, NFL prop betting might be the best of any sport. Given the number of stoppages of play in the NFL, some books will give you the chance to wager on the outcome of every play in a game. You can bet on whether the next pass completion; whether the next drive will end in a field goal, touchdown, turnover or punt; even bet on what type of play the offense will call next: run or pass. The spread, moneyline, and totals update regularly for live betting; bettors can have a lot of success live betting football if they can sense when a game’s momentum is changing. 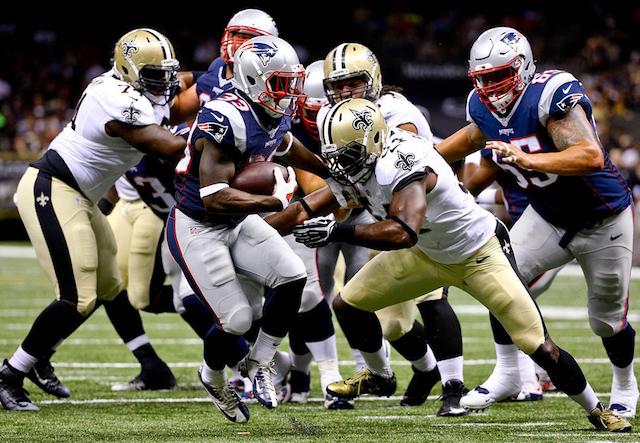 Because most NFL action takes place on a single Sunday afternoon, it’s very common for bettors to string together a few games in multiple bets: parlays, round robins, or teasers. (You can learn about how all those bets work in depth here).

For NFL football, you can parlay any combination of picks: against the spread, moneyline, game total, and (at some sportsbooks) props. Just remember you can’t parlay a moneyline pick and an ATS pick for the same game.

As for teasers, football gives you the option of moving the spread by either 6, 6.5, or 7-points. There are also 10 and 13-point sweetheart teasers. Even though you can move the spread a great deal, you can’t tease both sides of the same game together.

As for long-term bets, the NFL is so popular and ever-present, books will release futures for next year’s Super Bowl the day after the previous years concludes. (If you need a quick lesson in how to bet futures, read this.)

In the months leading up to the season, bookmakers will add more future bets, including conference champions, division champions, who will finish last in the league, and which players will capture significant awards.

You can also bet the over or under on every team’s projected win total right up until Week 1 starts.

But remember, if you bet on win totals, you won’t receive a payout until January, when the regular season ends.

Nfl football betting: how to bet on games (in 10 minutes or less)
Tagged on: betting    football    games    minutes