Whoever had the over on DraftKings‘ boss Jason Robins and FanDuel chief executive Matt King being given a potential billion-dollar windfall by the Supreme Court’s decision to allows sports betting should head to the cashier’s cage.

In a six-to-three decision (Justice Breyer was a partial dissent), Supreme Court Justices struck down a federal law that had banned gambling on sporting events in most states.

The implications of this for state tax revenues, and around arguments for making significant changes to the ways college athletes are compensated (or should be compensated), are huge, but clear winners from this ruling are the online betting companies… or any media company that has any sort of exposure to live-streaming sporting events. 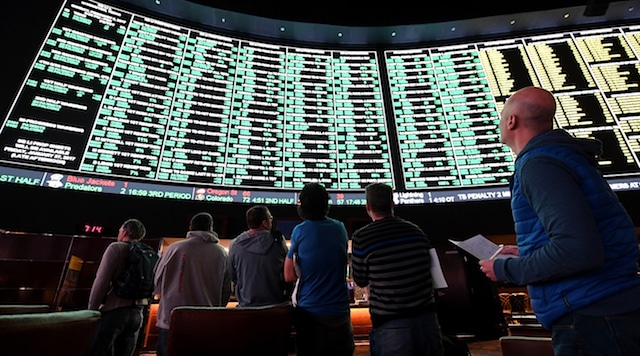 DraftKings and FanDuel seem like clear early winners, but really there’s a market for Facebook, Twitter, YouTube and the major networks that hold sports broadcasting rights to open up new sources of revenue. For the two leaders in online sports betting, the decision is a new lease on life — although both companies had argued that they were games of skill and not chance, and should not be regulated as odds-based gambling companies.

At stake is an industry that NBA commissioner Adam Silver pegged at nearly $400 billion in a New York Times editorial from 2014.

Specifically, the case before the Supreme Court concerned the Professional and Amateur Sports Protection Act of 1992, which outlawed states from approving sports gambling. At the time, the court gave exemptions to states that already held sports lotteries and Nevada — because… well… Nevada. Other states had the opportunity to opt in, but they couldn’t get their acts together in time to approve sports betting in their legislatures.

Mainly, the current court was concerned with whether the law represented an instance of commandeering by the federal government (basically improperly stepping on states’ rights). At the heart of the case was New Jersey voters’ decision to legalize sports betting in the state in 2011 as revenues from Atlantic City’s casinos (the only places where hopelessness and schadenfreude converge) declined.