Australia’s richest horse race, the Melbourne Cup, held on Tuesday November 7, turns the country into a nation of gamblers – with punters expected to wager more than $140 million on the three-minute event.

And as with any and all betting using proper bookmakers, the majority of punters will lose the majority of their cash. That’s the nature of gambling – except if you happen to be one of a trio of data scientists who last month proved that smart maths can beat smart bookies and score a consistent and tidy profit.

In a paper published in October on the academic prepress site Arxiv, Lisandro Kaunitz from the University of Tokyo, Shenjun Zhong from Monash University in Australia, and Javier Kriener of Brazilian tech company CargoX, reveal a successful strategy for exploiting weaknesses inherent in the online sports betting industry.

The researchers demonstrate a mathematical approach to betting on soccer matches that produced a theoretical 3.5% return over a 10-year period, and an actual, real-money return of 8.5% over five months.

(This success did not go unnoticed by the bookies, by the way, more of which later.)

To construct their betting system, Kaunitz and his colleagues ditched the strategy often employed by professional gamblers – building a computer program that calculates the likely outcome of games more accurately than the one used by bookmakers.

Doing that, they decided, was a hiding to nowhere. The global online gambling industry accounts for more than $452 billion in turnover each year, and employs an army of data analysists and statisticians that is second to none. 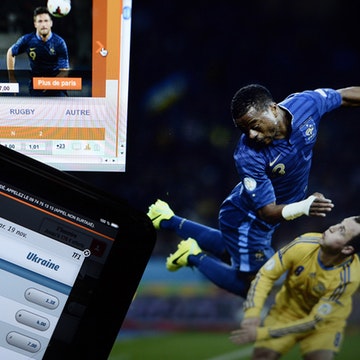 Instead, they decided to identify and take advantage of weaknesses inherent in the industry’s own system.

In a pure gambling model, the outcome of any bet should be “fair” – that is, the odds paid should be the exact inverse of the probability of the result. In such a model, over time, neither the bettor nor the bookie makes a profit. Bookmakers, therefore, routinely offer odds that are less than fair – meaning they scrape a bit extra off every wager, win or lose.

Kaunitz’s team looked at historical odds offered on 479,440 soccer games by 32 online bookmakers across 818 leagues around the world for the decade up to 2015. In doing so, they noticed something very interesting – every now and then odds that were above fair value were offered.

There were two main reasons for this. The first arose from simple calculation errors, leading to a company offering outlier odds. The second was deliberate, with companies offering over-the-odds returns on less likely results as a way of attracting extra revenue to defray losses.

The researchers wrote a software programme that identified these opportunities and immediately placed a $50 bet on them. Running the numbers across the decade, the system placed just over 50,000 bets and reaped a profit of $98,865.

As a control, the researchers also placed an equivalent number of randomly chosen bets – and repeated the exercise 2000 times. On average, each run, they lost $93,000.

“The probability of obtaining a return greater than or equal to $98,865 in 56,435 bets using a random bet strategy is less than one in a billion,” they report.

Having established proof-of-concept, the team then ran the numbers using real-time odds offered in the hours before kick-off and once more came out in front

“At this point,” they write, “we decided to place bets with real money.”

To this end, they employed someone to lodge $50 wagers when the program indicated a better-than-fair possibility. The exercise was more constrained than the previous simulations, with a lot fewer actual bets placed. This, the researchers explain, was because they “did not have a dedicated operator betting on all available opportunities 24 hours a day and as a result we missed many of the bets that appeared on the dashboard”.

That level of income over outlay is equivalent to or better than many stockmarket or property investments. Before anyone rushes out and seeks to duplicate the team’s results, aiming to live a happy life as a professional gambler, however, it is essential to remember that after months of profitable betting the researchers also confirmed another, somewhat less scientific, fact of life.

After a while, it seems as if the data analysts employed by the online betting companies noticed that the researchers were enjoying a return significantly above chance.

“Although we played according to the sports betting industry rules, a few months after we began to place bets with actual money bookmakers started to severely limit our accounts,” Kaunitz and colleagues report.

Suddenly, bets were being refused, or wagers limited. The researchers were locked out of certain games. These interferences, they note, were “unlikely to be purely random”.

“For these reasons,” they conclude, “and because bookmakers’ restrictions turned the betting experience increasingly difficult, we decided to end our betting experiment.”

How To Beat Addiction

Researchers work out how to break the bookmakers
Tagged on: bookmakers    break    researchers    work