Nonetheless, FOBTs are serving as something of a lightning rod for other types of gambling that are also unfair to punters but poorly understood. I’m referring to bets where people bet not just on the outcome but on other aspects such as the scoreline, who scores first and combinations of outcomes. Supposing it were an Arsenal vs Burnley game, the bookmaker might be offering say 50-1 on Arsenal’s Alexis Sánchez to score first, any Burnley player to score second and Arsenal to win 4-1.

All these betting offers have exploded in recent years. You’ll see them all over the windows of high street bookmakers. It may not be quite as easy as with FOBTs to place lots of bets quickly, but online betting certainly makes it quick and there’s no maximum stake. There’s also no defence of a low gross margin. Do the maths and you find it can be as much as ten times higher.

Suppose in an upcoming international football match between England and Germany, a bookmaker offered odds of 3-1 on Germany to win. That bookmaker is implying that if the game were played four times, Germany would win once. The probability of Germany winning is 1/(3+1), or 0.25, or 25%. In theory the bookmaker is also implying a 0.75 (or 75%) chance of Germany either drawing or losing, since the probabilities of the various possible outcomes has to add up to 1. 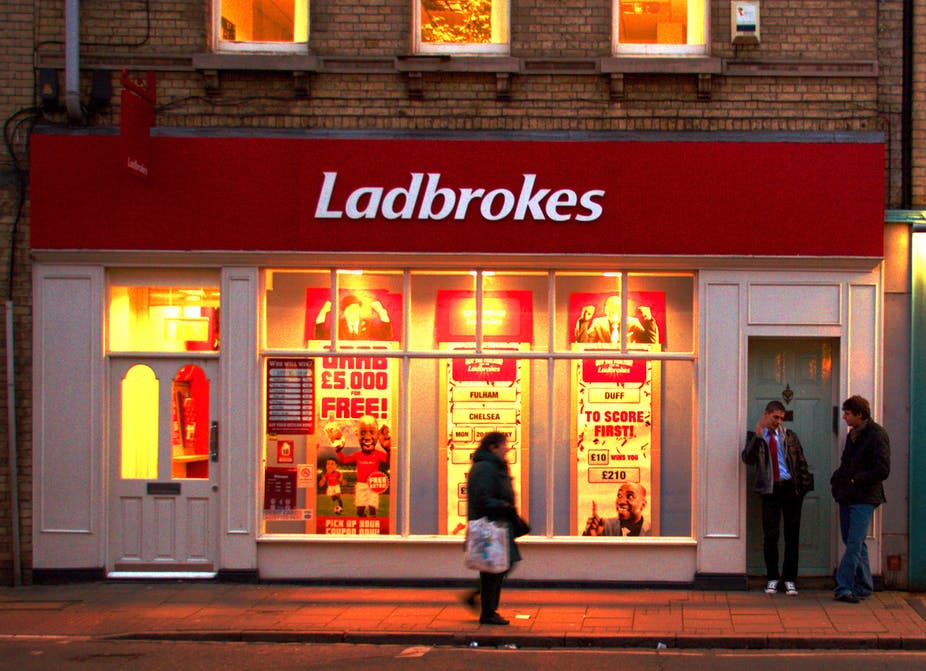 I say “in theory” because the above imagines a situation where a benevolent bookmaker told you what they really thought was probable. In reality, bookmakers build in a profit margin by quoting odds that imply a sum of probabilities greater than 1. In other words, they say every outcome will happen slightly more than is possible – hence offering lower potential wins than they “should”. This allows them to make a risk-free profit from their customers’ wagers that is the same no matter which event actually happens. The higher the sum of probabilities, the higher a bookmaker’s profit margin.