The long-awaited triennial review is set to be released later this week, detailing reforms on the controversial form of betting that has caused quite the storm of concern amongst MPs and government officials.

FOBT’s have long-been regarded as the lifeblood of UK bookmakers, however, this pivotal decision will dictate what the landscape will look like in the future for the highstreet industry.

The Department for Digital, Culture, Media and Sport (DCMS) is about unveil a clampdown on the ‘crack cocaine of gambling’, fixed-odd betting terminals. The set changes could have a massive impact on UK bookmakers, potentially slashing hundreds of millions of pounds from their profits.

Currently, the machines allow for punters to bet £100 per spin on the terminals, which is equal to £300 a minute. The government is set to recommend reducing this stake to £50, £20 or £2 a play.

According to figures posted by the Gambling Commission, £1.7bn was spent on FOBTs between October 2014 and September 2015, accounting for 56% of betting shops’ profits.

If the government goes ahead with the minimum bet of £2, it is likely that bookmakers will campaign hard against this ruling, arguing that such a cut would be the industry’s ruin.

If the maximum stake is reduced to £2, half of the 9,000 betting shops in the UK becoming unprofitable and risk closure by 2020.

The future of FOBTs is somewhat unclear, with bookmakers in the UK anticipating significant financial impacts, which could potentially spark a wave of consolidation.

Last month, John Whittingdale, the former culture secretary, spoke at the annual meeting of the Association of British Bookmakers, saying: “I can’t say I would be surprised if there are quite radical measures produced when we come to it and I think you should brace yourself.”

The government’s report is due for publication early this week and will then be followed up by a 12-week consultation that will cement the final decision.

Chief Executive at Ladbrokes Coral, Jim Mullen spoke to The Financial Times on the impending results, saying: “If [the government] follows the evidence, they will see that stakes do not affect problem gambling behaviour.

Last month, The Financial Times also reported that Breon Corcoran, Chief Executive of Paddy Power Betfair wrote in a letter to Tracey Crouch, Minister at the DCMS, the issue has become “so toxic” that action is critical to “address societal concerns”.

“Whilst we are not aware of any evidence which links stake size to problem gambling, we are acutely aware of the increasing reputational damage to the gambling industry that has followed lack of progress in this area,” Corcoran stated.

“We now believe that the issue has become so toxic that only a substantial reduction in FOBT stake limits to £10 or less will address societal concerns.

“I am confident we could operate our retail business successfully and profitability under such circumstances. Other well-run operators should be able to do the same.” 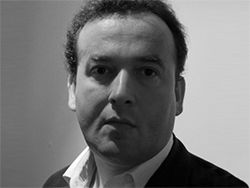 "By war, I mean the active campaigning of commercially motivated anti-gambling groups happy to use fake news, a media happy to construct moral panics without providing balanced reporting, an increasingly political regulator happy to tighten the screws at any hint of moral panic and a Parliament, full of emasculated legislators willing to jump on any bandwagon just to show they care regardless of the lack of any evidence to the contrary.

"Combine this with our supposed allies, competing sectors of the gambling, willing to turn ‘Quisling’ at any moment and the forecast for British gambling over the next five years is not good, rout or surrender a possibility. I would bet money, if I’m still allowed to, that taxes will rise and regulations will become suffocating if immediate action isn’t taken.

"The trouble is, as we learnt from the First World War, is when your generals are in the safety of their chateaus far from the battlefront, Malta, Gibraltar and the Isle of Man, it is difficult for them to comprehend the strength of opposition their troops are up against and how weak their defences are. Put on your tin hat and write that letter home, be ready for the reactionary Blitzkrieg.