Gill is one of just a handful of people who bet on politics full time, but he’s part of a growing community of thousands who test their luck — or, as many maintain, skill — at guessing the outcomes of the ever-unpredictable administration of President Donald Trump. 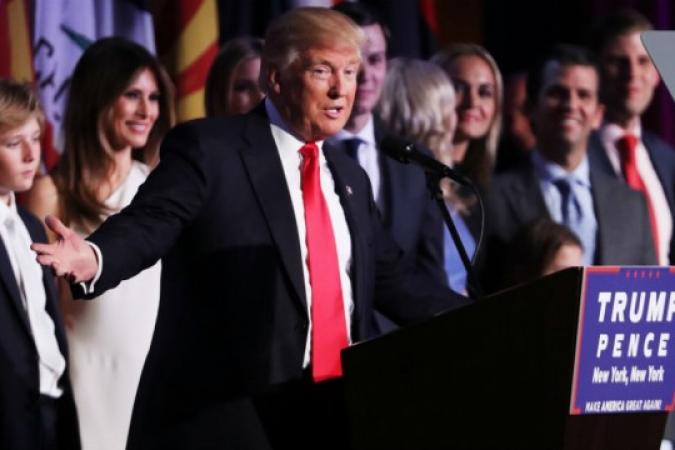 The site, which launched in 2015, has hosted more than 250 markets related to the Trump administration. In Trump’s first year in office, PredictIt’s population of traders has grown to 80,000 from 50,000 as the White House deals political junkies a litany of new policy, personnel and, yes, Twitter events.

The platform hosts 10 markets related to the State of the Union alone. The odds favor Trump mentioning North Korea and Supreme Court Justice Neil Gorsuch, but not "fake news," "amnesty" or his predecessor, Barack Obama.

"It’s a reality show," says trader Derek Phillips, who has watched the platform’s community grow under the Trump candidacy and presidency. "Everybody is trying to figure out what’s going on in Washington."

PredictIt is not the first platform to allow armchair pundits to bet on politics. InTrade — the go-to platform during the 2012 election — shut down in 2013 after the CFTC said certain activity constituted "off-exchange options trading" that it banned. Its users balked, and financial performance plummeted.

PredictIt sprang up in InTrade’s wake. It incorporated through Victoria University in New Zealand, obtained a no-action letter from the CFTC, and struck deals with 83 research institutions, including the U.S. Federal Reserve, to provide data about how well prediction markets forecast correct outcomes. The CFTC declined to comment beyond the 2014 letter.

Each winner-take-all contract costs $1, and traders can bet a total of $850 at any one time. A trader who bets the maximum amount on an outcome with 99-1 odds against it could reap about $85,000.

"It’s really designed to prevent whales from coming in and either shifting the odds of something occurring or making a huge killing," Phillips tells CNBC. But is it gambling? "Any stock market has an element of luck to it."

Joe Schuman, a political science major, began betting on the 2016 primary races and poll numbers during his senior year at Massachusetts Institute of Technology. Schuman doubled his initial $400 investment, before losing it during the general election.

"My parents tell me it’s gambling, and they’re not happy that I do it," Schuman told CNBC from his townhouse in Washington’s Columbia Heights. "But I actually think it’s investing."

Schuman and his roommates, which include Capitol Hill staffers, think they’ve found a winning strategy centered around a politician with a bit more predictability: Vice President Mike Pence. Using sophisticated statistics software, Schuman has mapped out Pence’s Twitter history and now exclusively bets on how often he’ll tweet in a given week.

He declined to let CNBC take a picture of his slides, lest competitors copy his strategy.

So far, he has only put $30 behind the strategy, and he doesn’t plan to bet the ranch. But he has made $857, according to the balance in his account.

"I might get to the point where I’m making a few hundred dollars a week," Schuman says. "If that’s my social spending money, then that’s great — beers are on me at the bar."

Derek Phillips, who began trading politics full-time a year and a half ago after leaving his marketing job, calls PredictIt "unemployment insurance."

Others are just trying to break even. Utah-based Mike Walbridge lost $6,000 in 2016 on the UK referendum and then-candidate Donald Trump’s fundraising. Since then, he has recouped about $4,500 of his loss, scouring for news on Twitter to act fast on PredictIt’s markets, such as the Alabama special election in December.

In order to make money, Walbridge — and others — swear by one maxim: Bet with your head, not your heart.

"Even though I’m not a Trump fan, I’ve bought shares in his favor," Walbridge says. "Because money is still money, right?"

These online traders bet on the chaos of the trump administration
Tagged on: chaos    online    these    traders